Well we all survived the stomach bug!

Phew, that was a doozy. By Tuesday we were all functioning and back to normal but it took until Thursday before we were all eating normal again. That bug was bad. I would be perfectly fine without ever experiencing a family bug again in the future.

But all is well now and we had a great weekend. Friday night I planned to make dinner but Luke was craving Mexican food and suggested we get some to go. I will NEVER argue with chips, salsa and queso. So Friday night we enjoyed our little own fiesta.

Saturday morning I got up early and went to a women's tea at a friend's church. She asked me a couple of months ago if I would be the speaker for the event and even though I don't have a ton of experiencing speaking I enjoy it and agreed to speak at the event.

Well, I guess I do have a communication degree which required me to do public speaking a lot in college but that was almost 10 years ago. I was a completely different person then. I had a lot less pounds on me and I still thought Taco Bueno was healthy because the tacos had lettuce and tomatoes on them. I also thought I would never yell at my children and they would never throw fits in public because that just wasn't normal.

I do enjoy public speaking though and so enjoyed the process of putting together this message. Spending so much time with the Lord asking Him to lead me and give me the words to say. I spoke about sharing Christ in our struggles and I was able to talk about how we have used Luke's struggle with panic attacks to minister to others. And really how others have used it to minister to us. 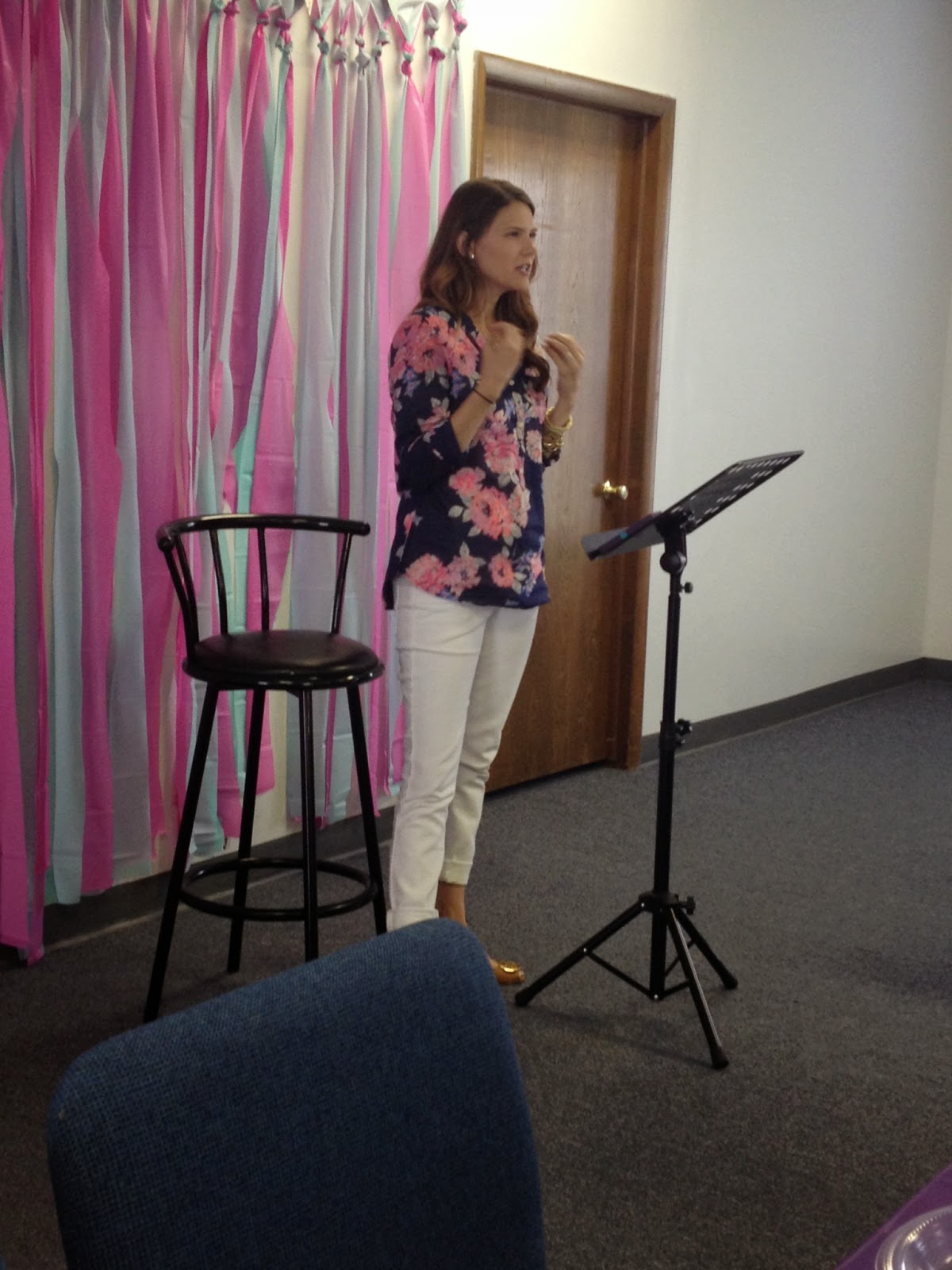 Don't I look so serious here? This is probably when I was telling them that they need to purchase the Bissell vacuum that I blogged about. I'm serious, that thing is life changing

It was a fun event and the ladies of the church were SO welcoming to me. Plus it was fun to spend time with my friend Stephanie. We hardly ever get to see each other anymore because of kids and husbands and all that stuff that gets in the way. 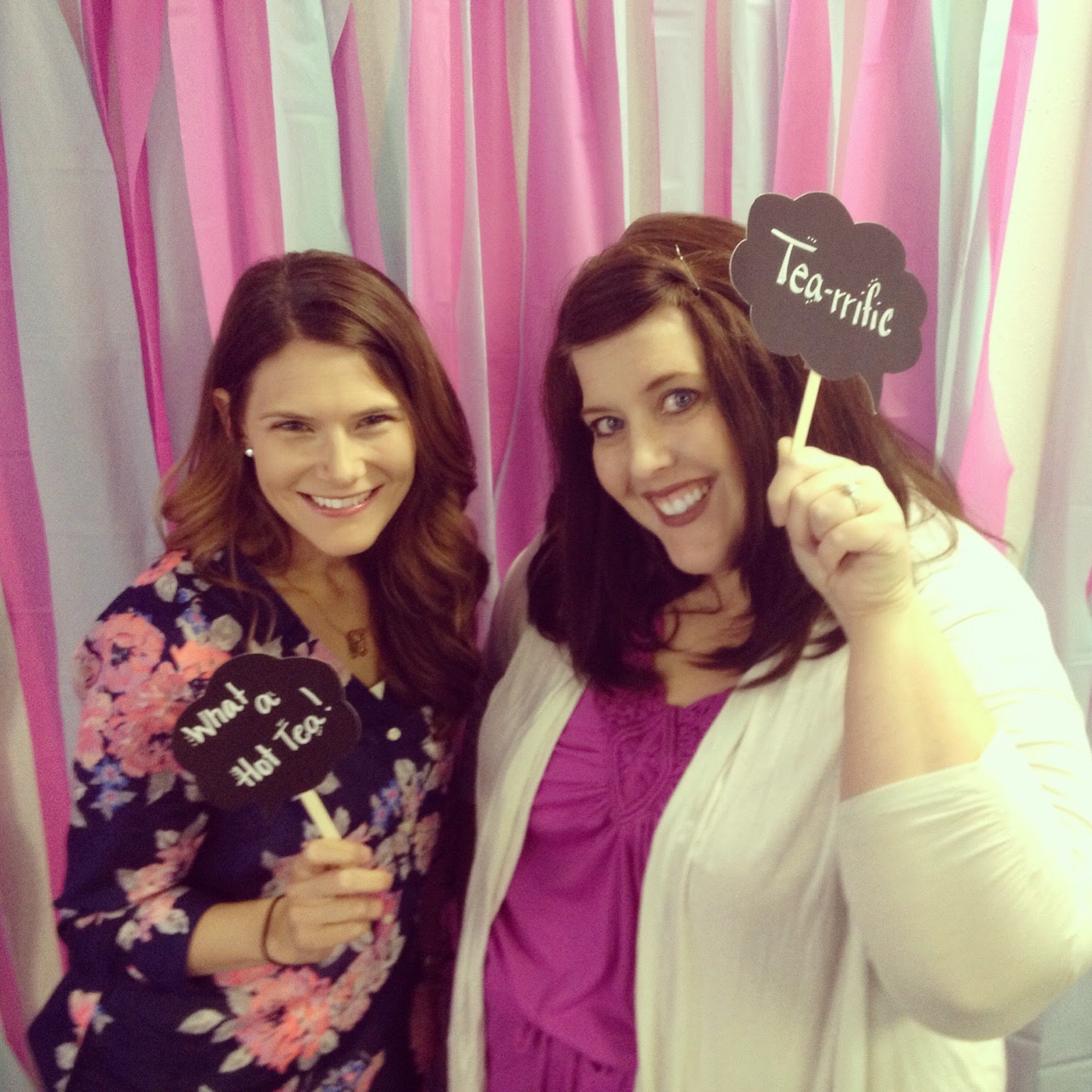 That night Luke's parents came to see us which is always fun. We had a good time just visiting and eating, plus Luke and I got to drive through the Starbucks drive thru alone which is the equivalent of a dinner at a five star restaurant.

You know how a kid's nap in the car equals more time than it is? For example if a kid sleeps 20 minutes in their mind they slept 2 hours and they don't need a nap anymore. That is how dates are for Luke and I right now. From our house to Starbucks in back we spent about 15 minutes in the car so we went on a hour and half date. It was glorious.

Sunday after church we had a picnic with church friends and let the kids play on our amazing church playground.

It was just a great weekend! Beautiful weather, time with people we love and good food. Good times!