I'm sure I've mentioned it many times here on the blog. I think I've even talked about how freshman year I'm pretty sure I was the only person on my dorm floor to have cable TV.

College freshman are usually poor but somehow I found money to pay for cable television because clearly it's a necessity in life. And by finding money I mean I asked my dad and he paid for it because he also believes in the power of cable.

I just love getting caught up in a good show, it's sort of an escape for a little bit. And I might add that I get a little too attached to shows and characters. This could be a flaw of mine.

Netflix is like a dream for a TV acholic like me. Being able to binge watch TV shows and find new shows to love and watch from the beginning to end? TV heaven.

Well tonight on Facebook a good friend of mine who also shares my love for television asking a profound question that got me thinking.

She said she and her husband had been discussing their top 5 favorite shows and she posed the question "what are your top five favorite shows?"

This was hard for me because clearly I have a lot of favorite TV shows, but I decided to go with the shows that came to my mind first. I also felt if a show was going to be on my list it needed to be one that I could (or have) watch from the beginning to end over and over. 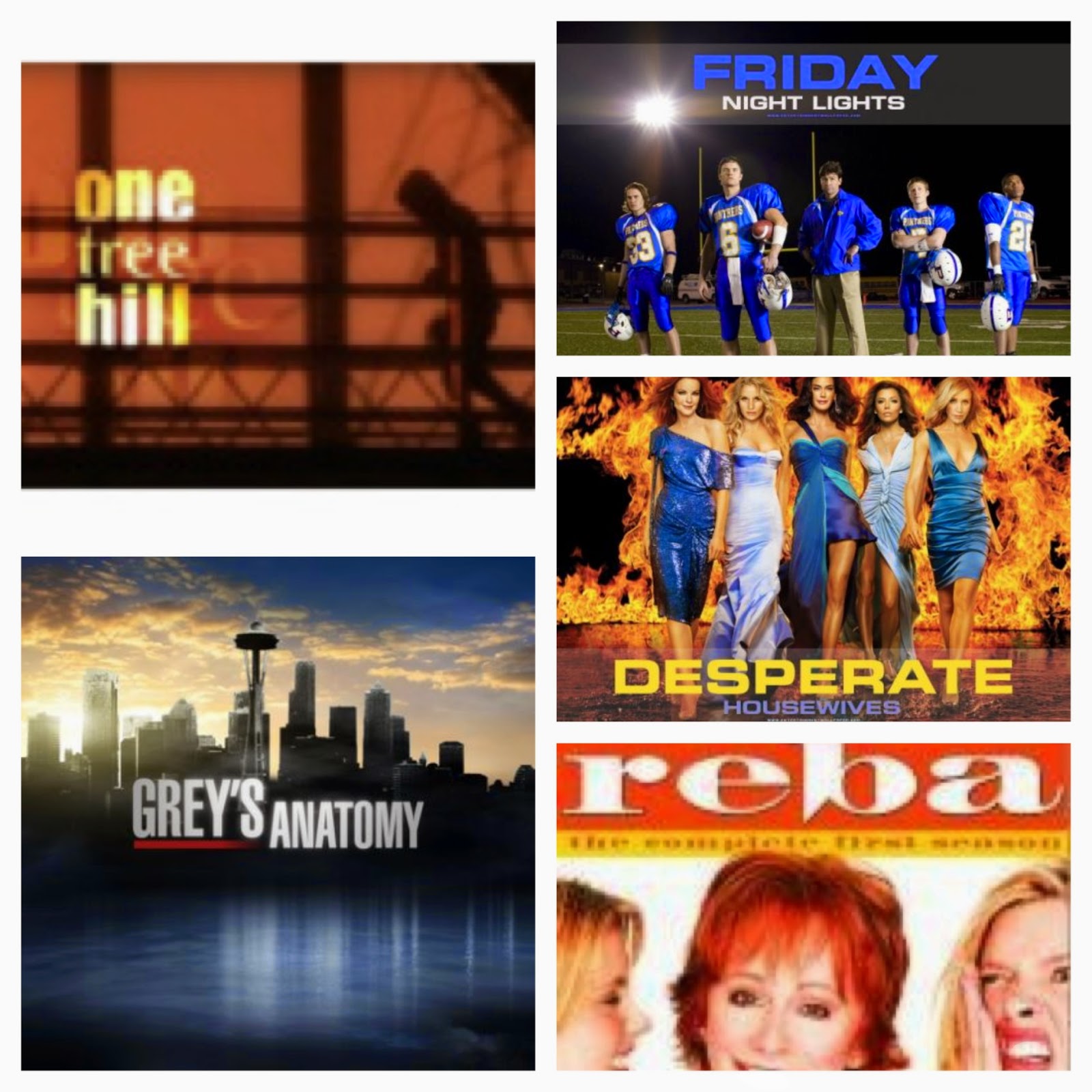 1. One Tree Hill
I cannot explain my love for this show. It is cheesy and unrealistic and sometimes the acting is pretty bad.....but I absolutely love this show.

2. Grey's Anatomy
I started watching this show in college and continued for many years. Shortly after Luke and I got married several of the main characters left the show and I felt like the show had lost its steam so I quit watching.Then after Annie was born I started watching again to keep me awake during those late night feedings. And I was hooked again. But this time I kept watching past all the character exits and much to my surprise it stayed good. I think it really is one of the best shows ever. Shonda Rhimes sur is good at what she does

Sidenote: I recently read that Shonda Rhimes was the writer of Crossroads the Britney Spears epic film. I was SHOCKED.

3. Friday Night Lights
If you haven't watched this show start it immediately. I think it's a show that everyone loves. Clear Eyes. Full Heart, Can't Lose.

4. Desperate Housewives
So I'm kind of shocked that I'm including this show on my top 5. I knew I loved it but I didn't realize I loved it with a top 5 kind of love until I decided that is where it belonged. This is another show I started in college. In fact a group of girls and I would meet together on Sunday nights where we would have bible study and then we would watch Desperate Housewives together. Not on of my finer moments in my spiritual walk.  It's not the most conservative show, but I feel like it goes deep on a lot of topics and doesn't stay surface level. Plus it's really funny and the early years were so well-written.

5. Reba
Have you ever watched Reba? Hands down one of the funniest shows ever. It was highly underrated and I blame this on the fact that it wasn't on a primtime channel. Is CW considered primetime? I don't think so. I still watch reruns all the time and laugh out loud every single time.

I asked Luke what his would be. He does not share my love of TV but his list was:
1. Wonder Years
2. Seinfeld
3. The Cosby Show
4. Cheers
5.....I actually can't remember and he's asleep and I doubt he would want me to wake him up just to get the answer.

So now I have to ask what would your top five shows be?

Go with what comes to your mind first! I'm so intrigued. And maybe I'll find a good show to watch. Or re-watch. Or maybe I just need to quit watching so much TV.