When I was planning the kid's party I put myself on a pretty strict budget. Thankfully I have my Scentsy income that provides extra money for stuff like this. But I also knew it wouldn't be wise to spend so much of my paycheck on a birthday party.

With that said I wanted the money I spent to be smart. I wanted to be able to use most items for a purpose other than the birthday party....which isn't always easy. But I will say I definitely got my money's worth out of the cake. I alone, ate on those two cakes for dayyyys. So yummy. Good thing I had leftover money to pay for bootcamp, that cake isn't doing my hips any favors.

When I saw the "pin the hat on the birthday kid" game I knew it would be perfect because I could take those giant prints and use them in our playroom. I had been looking for the perfect thing to complete the back wall in that room and this was it! I of course got the idea from Pinterest because that's where all good ideas come from. 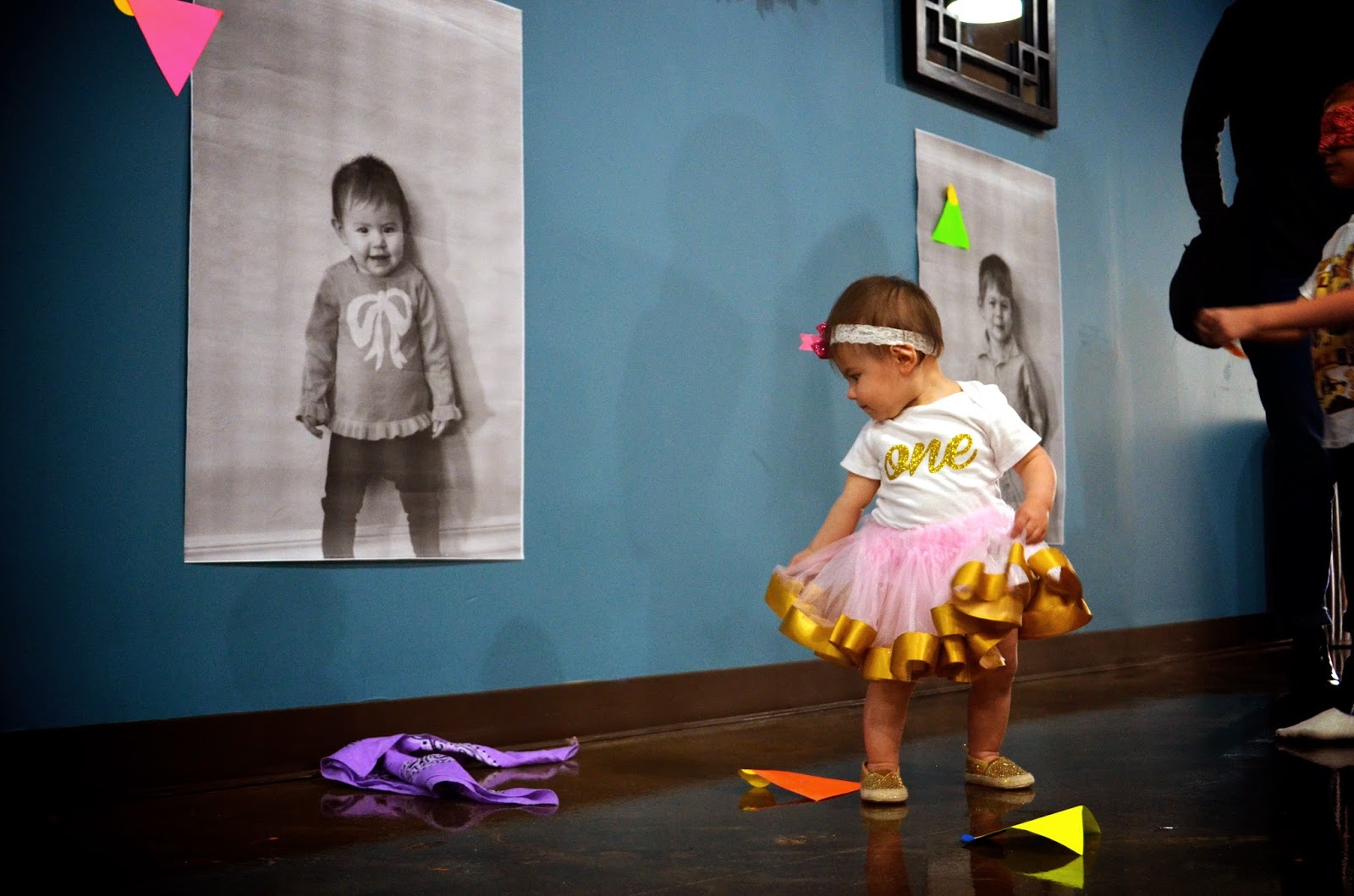 This is the page where I saw the game and here is where I got the idea to put them in our playroom.

I mentioned that I printed the engineer prints at Staples for just over $3. I first went to Office Depot and they refused to print a portrait at that size and said it was for blueprints only. In fact they were pretty rude about it.

I went to Staples and they were as nice as could be about it however, they did tell me that they have been tossing around the idea of not letting people print portraits because it uses so much of their ink and clearly at just over $3 a pop they aren't making a lot of money off them. So just FYI this could come to an end soon but HOPEFULLY NOT!

After the birthday party I went to Hobby Lobby and bought foam board. I think it was a little over $2, I then took the pictures and positioned them how I wanted them on the foam board and taped it down with scotch tape. 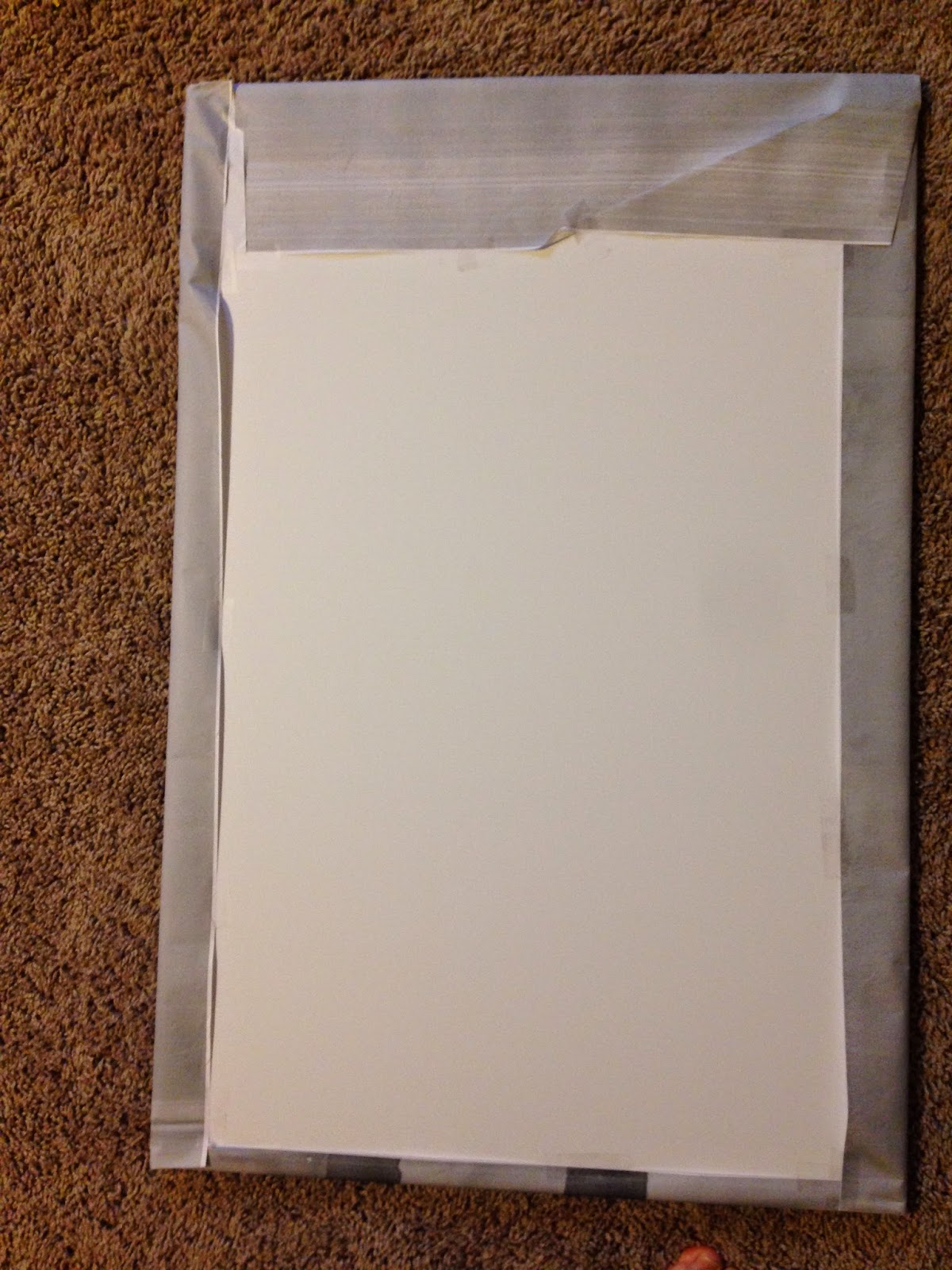 Then I put these command strip things on the back and hung them up. 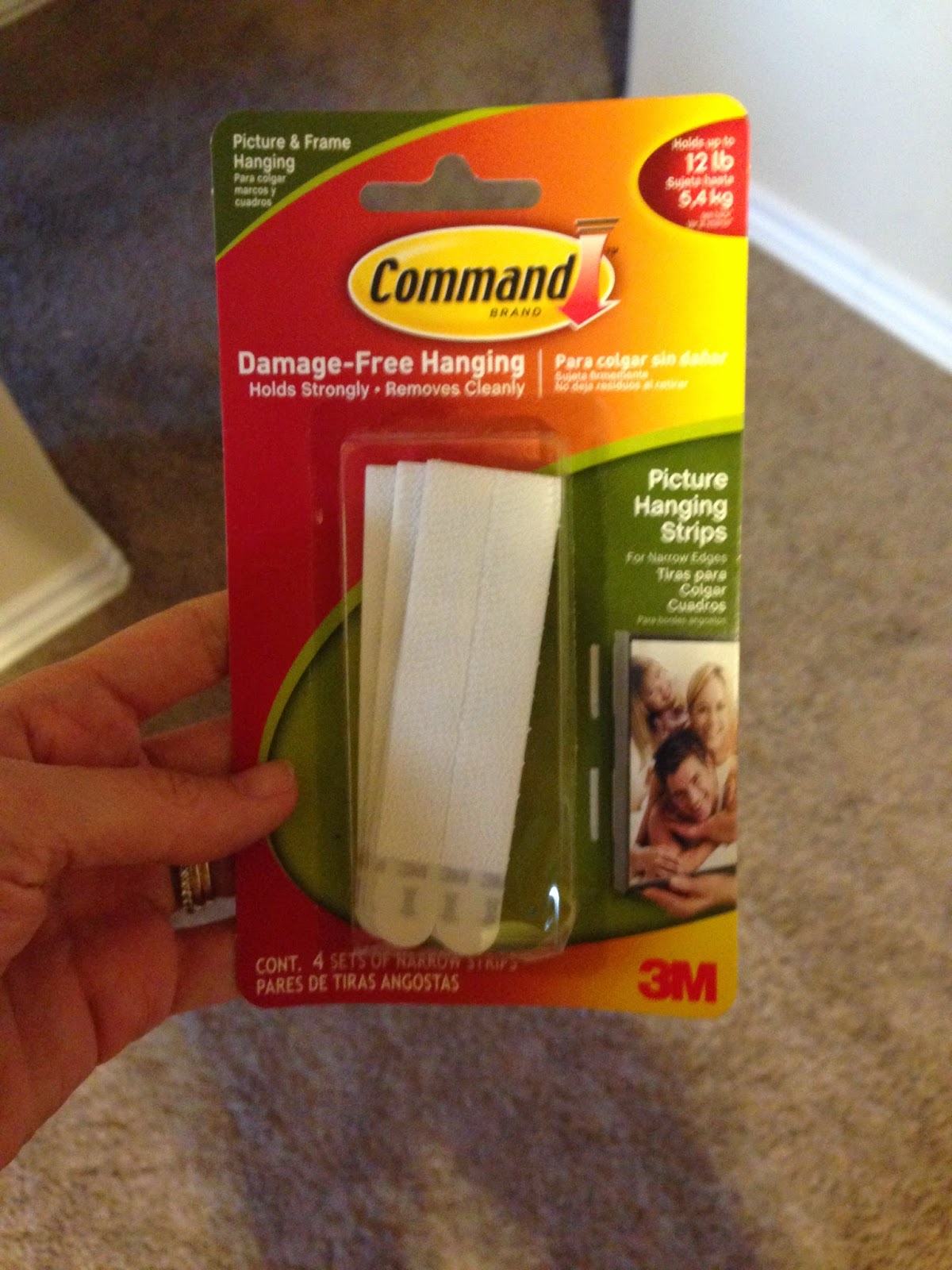 And the completed project: 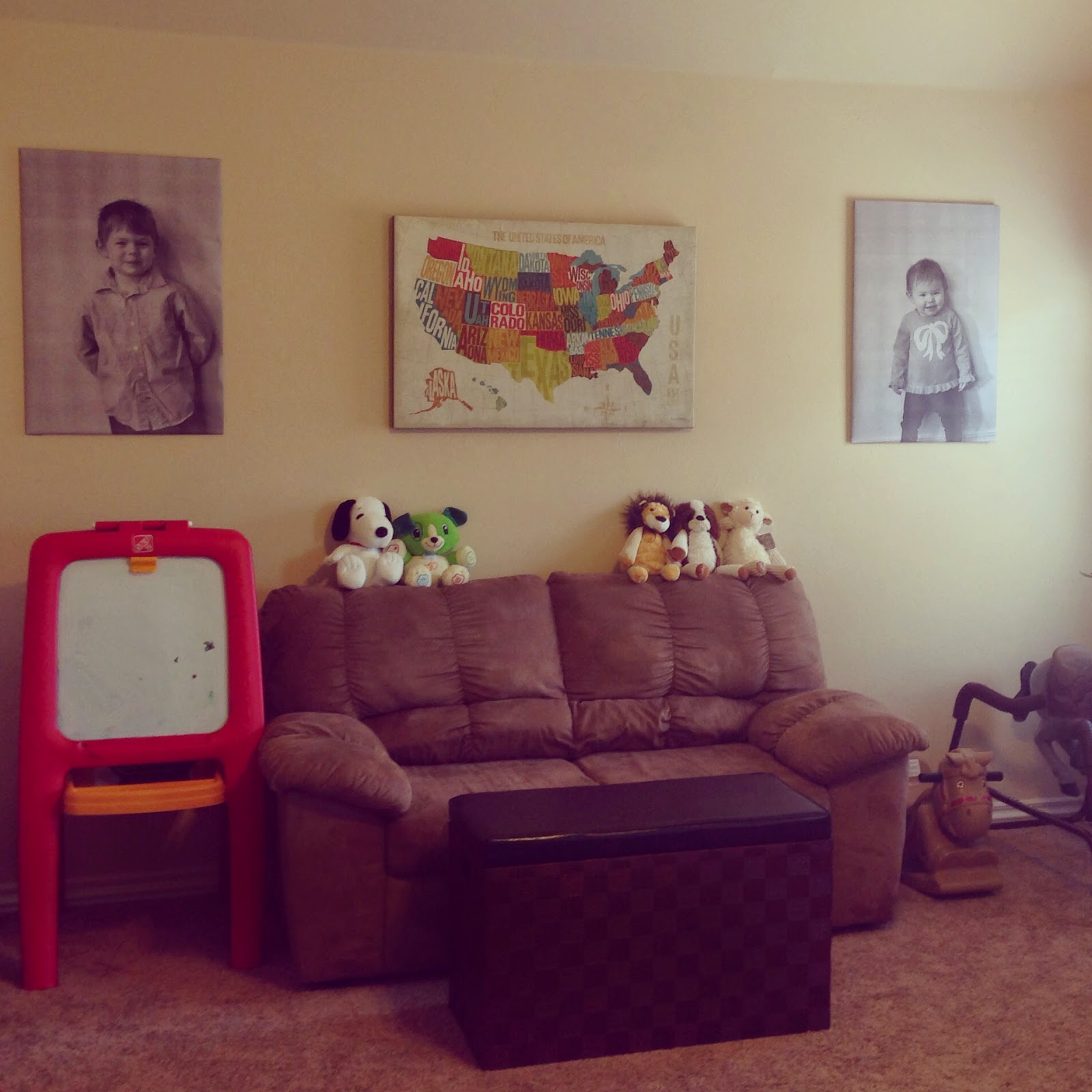 We've been in our house about a year and a half now and I'm still decorating little by little. I guess a house is always a work in progress! 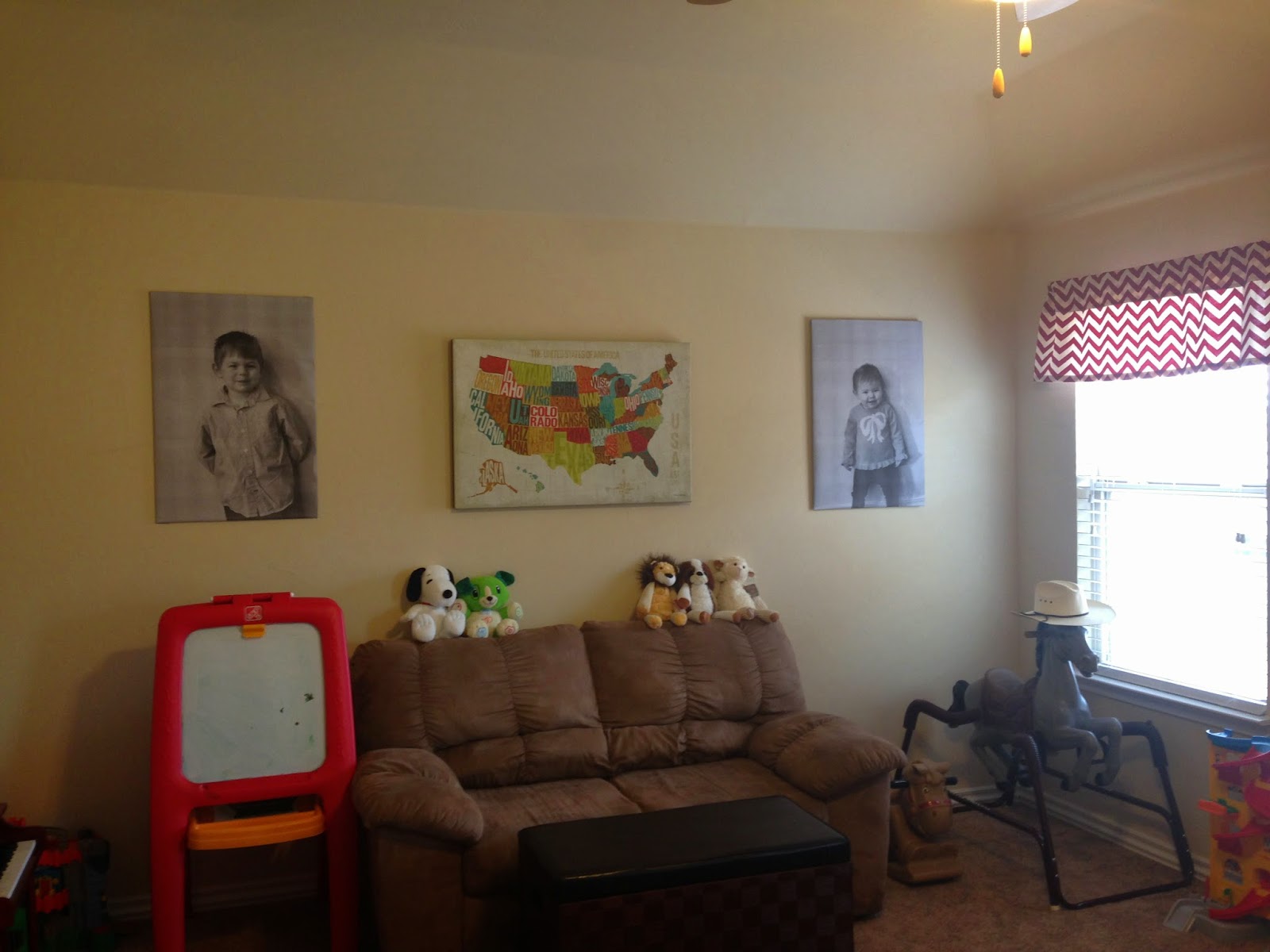 If you are wanting a large black and white print in your house I would highly suggest going this route. Obviously it isn't the most amazing quality but it's not bad at all! Just FYI I did use my Nikon DSLR camera for these, I'm not sure how great an iphone picture would turn out.