I've had a couple of friends text me lately and ask me my thoughts on the best carrier for wearing a baby. So I thought I would write a little post about my experience with babywearing.

I briefly wore Eli when he was a little baby but as he got older I simply forgot about wearing him. I wrote a post here about what carrier worked for me then which was the K'tan.  When Annie was two weeks old I had an afternoon where Eli needed me and Annie wanted to be held so I went and found the old K'tan and wrapped Annie up in it. And right then I fell in love with babywearing.

You can google it but there are so many benefits of babywearing, I'm not going to list them all here because honestly most of those reasons aren't why I wore Annie, I started wearing her in the first place because it was just EASIER than lugging around her carseat while trying to wrangle Eli. Or it was easier to just wear her while I was doing stuff around the house instead of leaving her on the floor wondering if Eli was sitting around her. It was all about convenience for me.

What started out as convenience became love for both me and Annie. Wearing her would calm her and I loved having her close to me. Because Annie was so tiny I was nervous about taking her outside the house, I didn't want her to get sick, plus I'm always nervous taking my babies anywhere before they get their 3 month vaccinations. So wearing her close to me where I could just cover her up with the wrap was perfect. Obviously I can't just stay locked inside for that time so wearing her was the next best thing.

There are SO many options when it comes to babywearing. If you plan on doing it I suggest you do your research and if possible go to a store that allows you to try them on.

With that being said here are three that worked for us:

I loved the K'tan when Eli was a baby but I didn't really know much about carriers back then. Now I can tell you that this is a very affordable wrap compared to so many others out there. I had NO idea how expensive this babywearing world was, but this wrap is just around $40 which is awesome.

A lot of people are initially scared of the K'tan because it looks like it involves a lot of wrapping, but really it's very simple. It's not one long piece of fabric, it is two separate pieces one of which is two loops which helps you when putting it on.

When Annie was just a month old I started back teaching in kid's church. I wasn't ready to put her in the nursery yet so I just wore her. She slept the whole time! 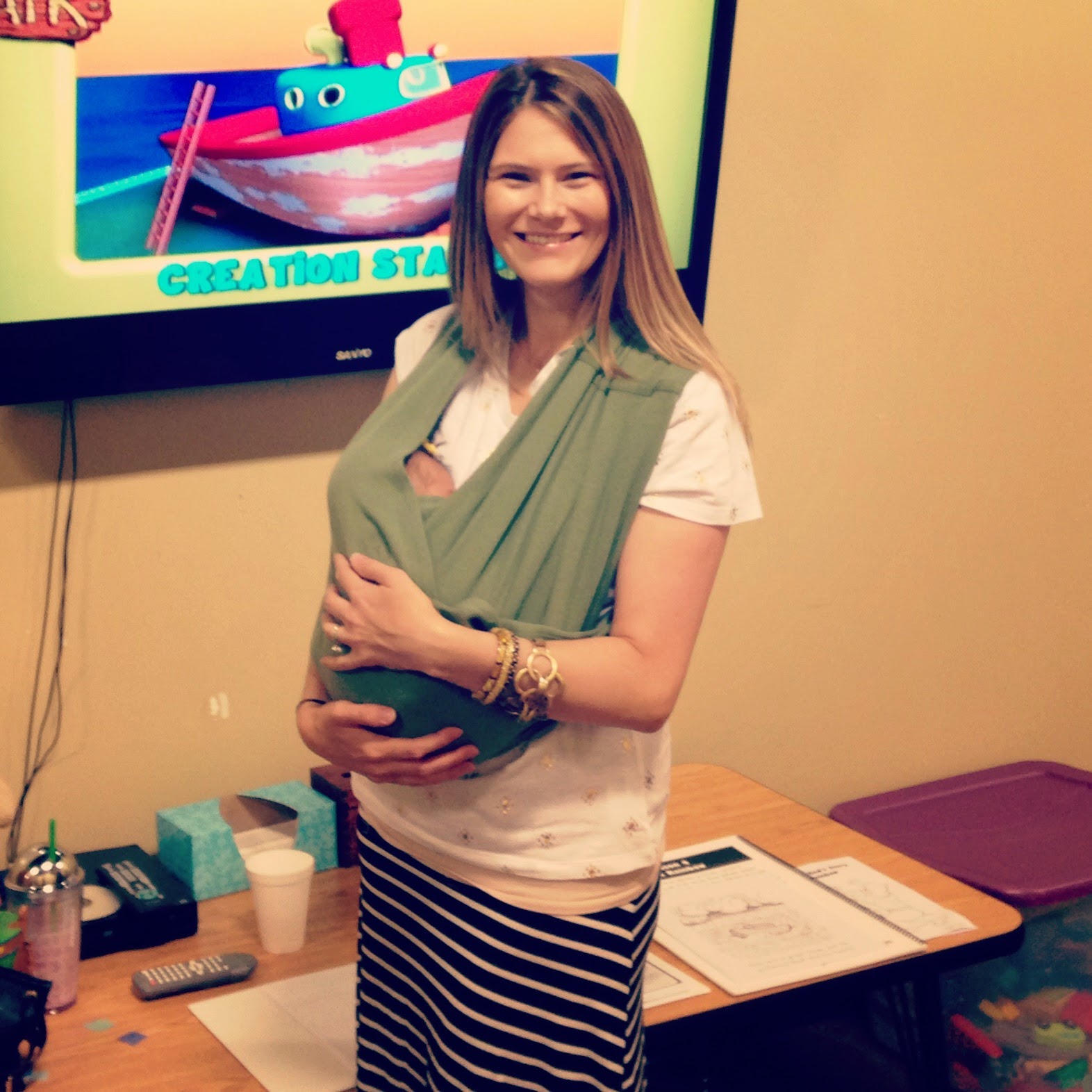 This was at the beginning of May when she was just under two months old. As you can tell her legs are tucked inside. She was positioned to where her belly was basically on my chest. 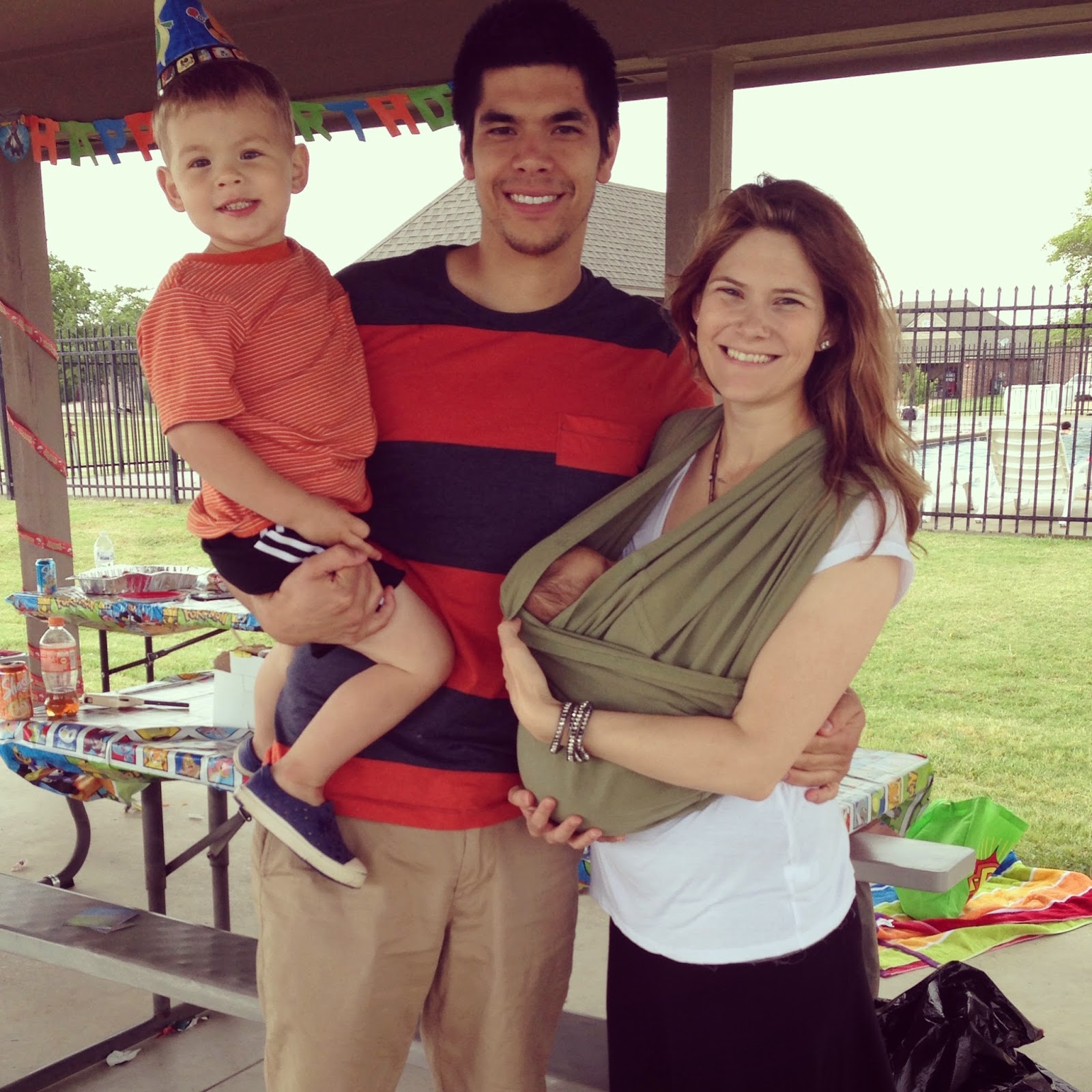 As Annie grew and had better head and body control I started wearing her with her legs out. 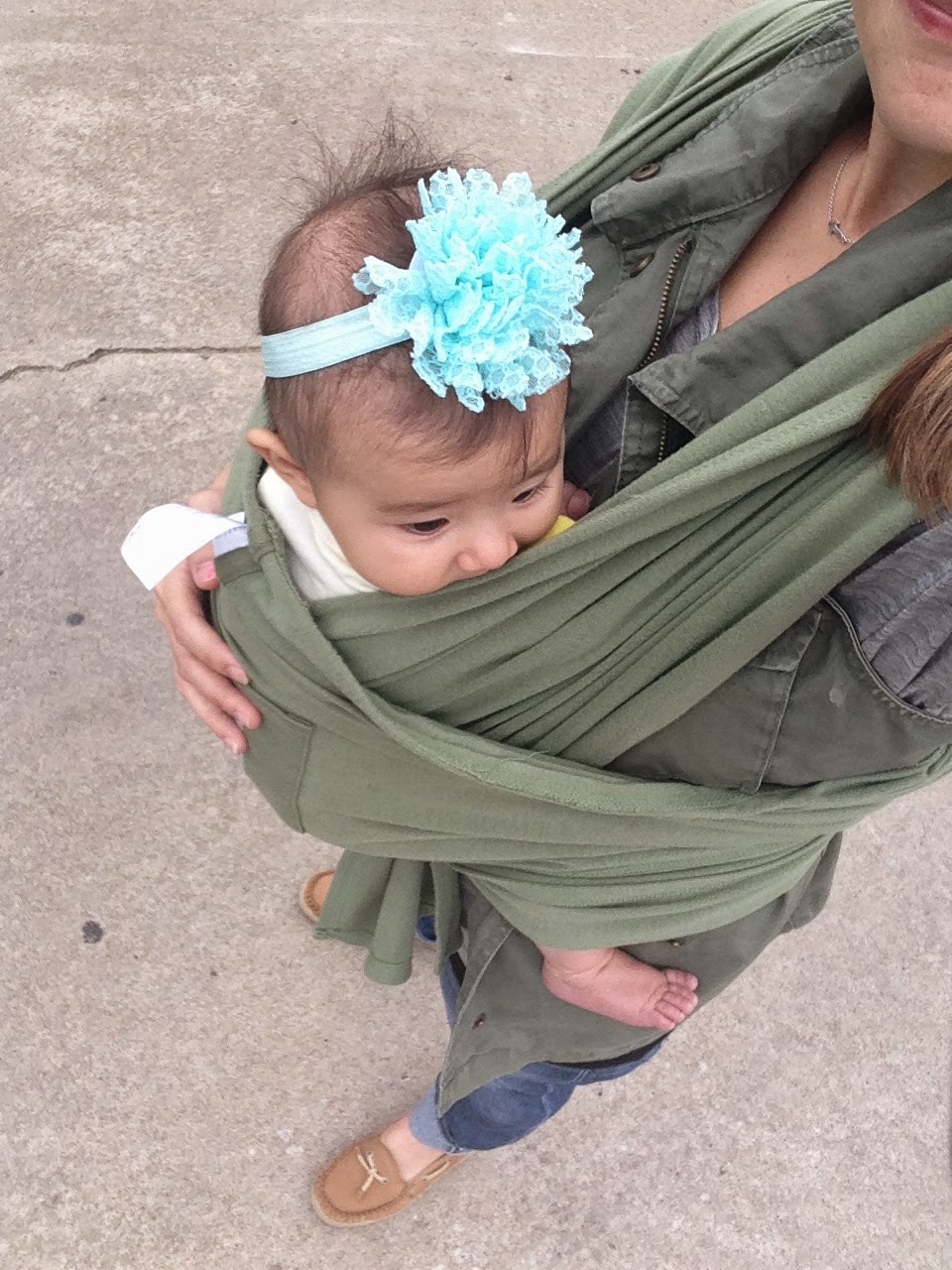 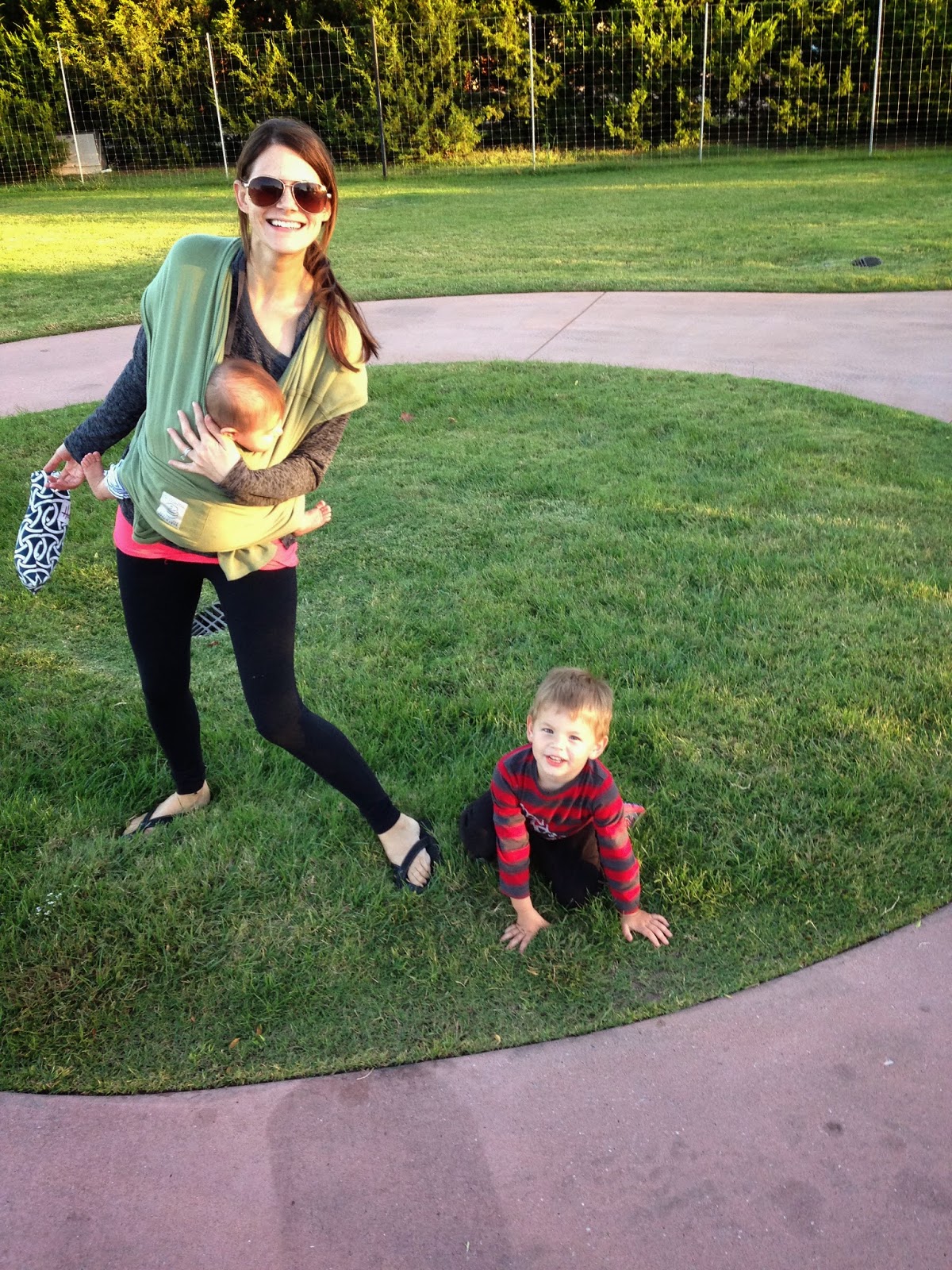 A few times I wore her facing out, however I will say that through the research I've done regarding babywearing I've learned that facing out isn't the best position for the baby. Something to do with the natural curve of the spine and how when they are turned outwards it's not good for their spine. I don't think it's awful in moderation, just not something you would want to do everyday. As you can see Annie loved facing out. 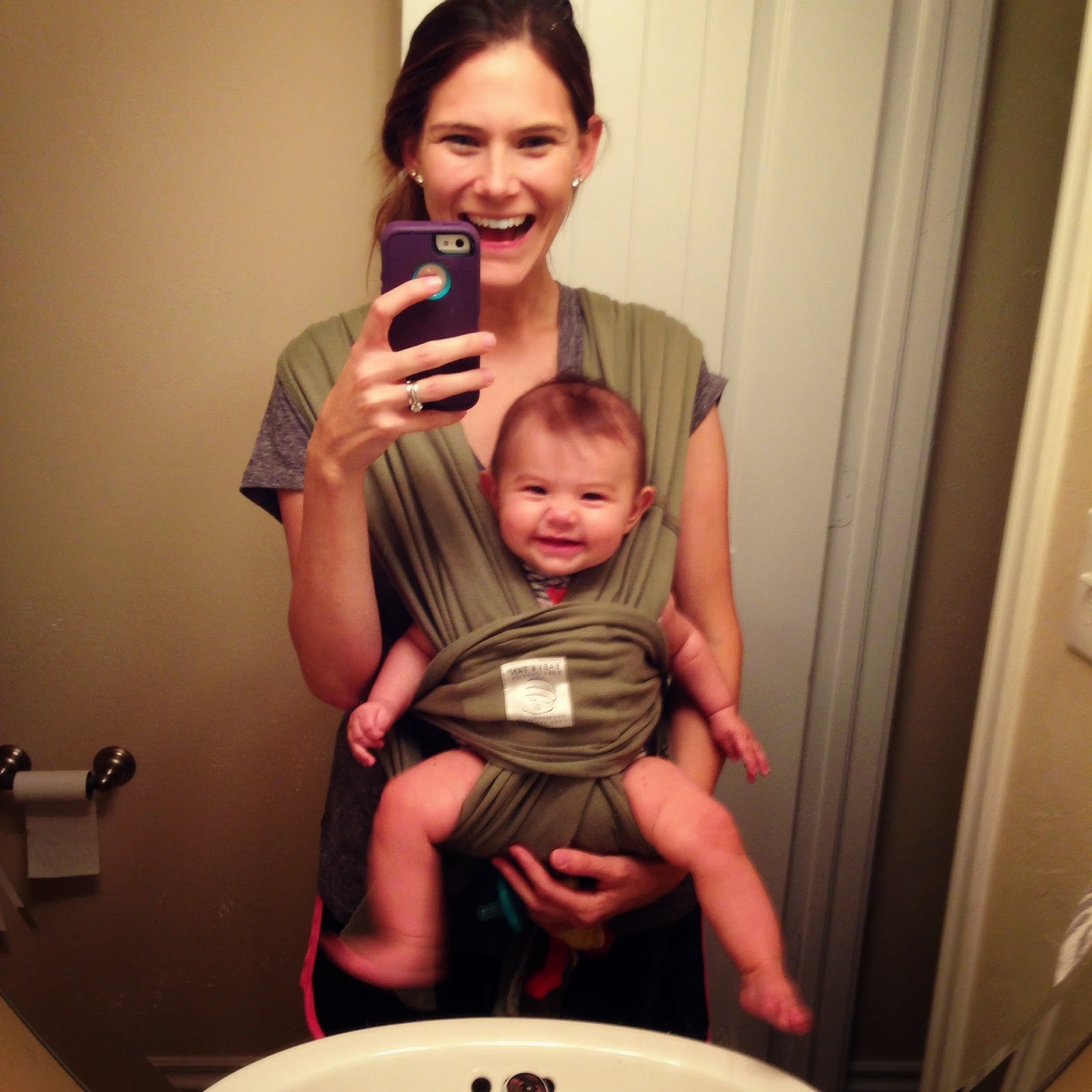 I used the K'tan for running errands, taking walks outside, church every Sunday and just wearing her around the house. A few times I even nursed her in the K'tan while I was cooking. I pretty much felt like super woman after that.


Ring Sling
A friend let me borrow her ring sling and I tried it when Annie was about two months old. I LOVED this warp. The one I used was a Maya Sling which was awesome, but I'm pretty sure there are a ton of different ring slings out there to purchase. This is great because it is SO easy to adjust and you can wear a ton of different ways. 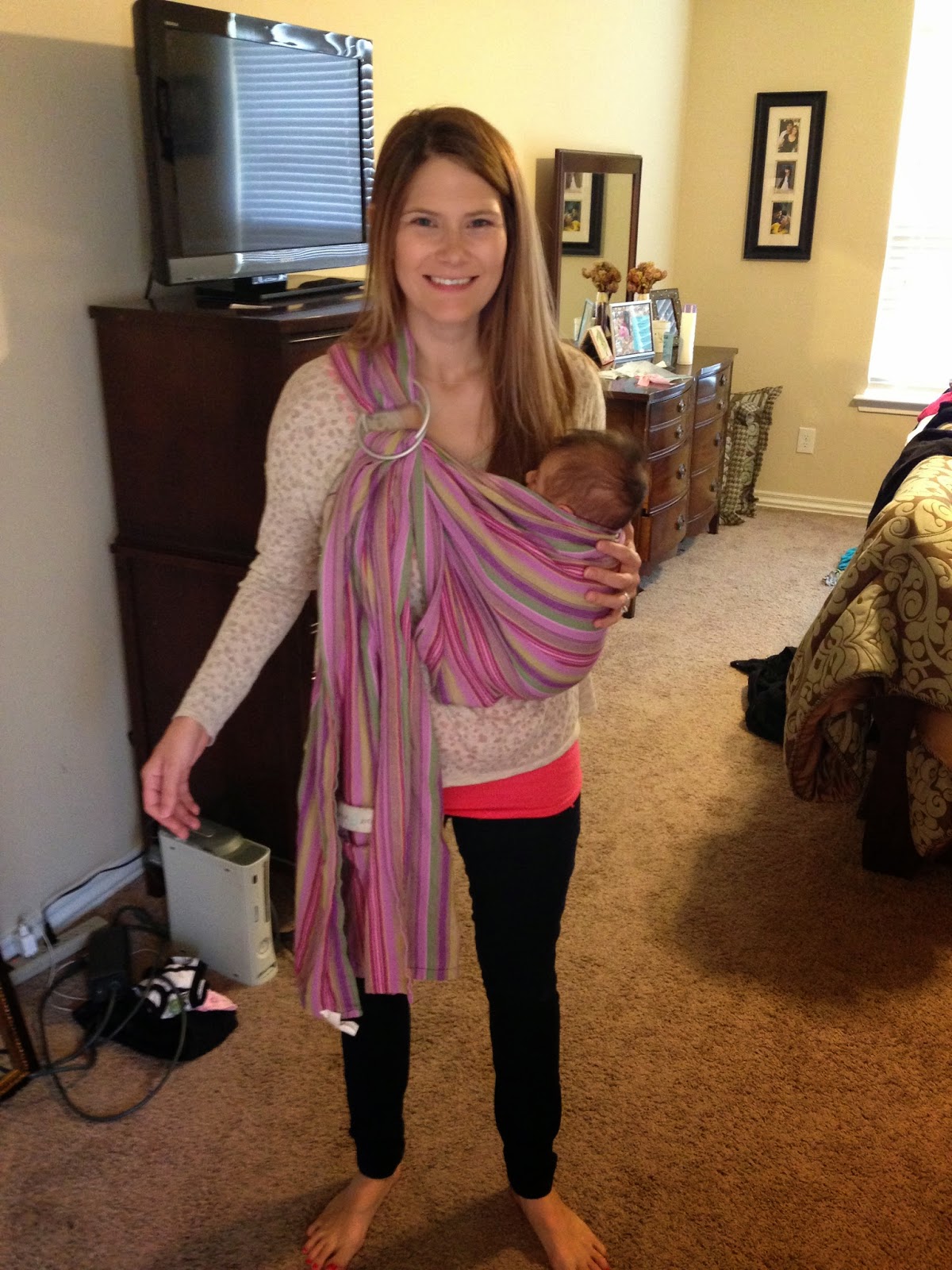 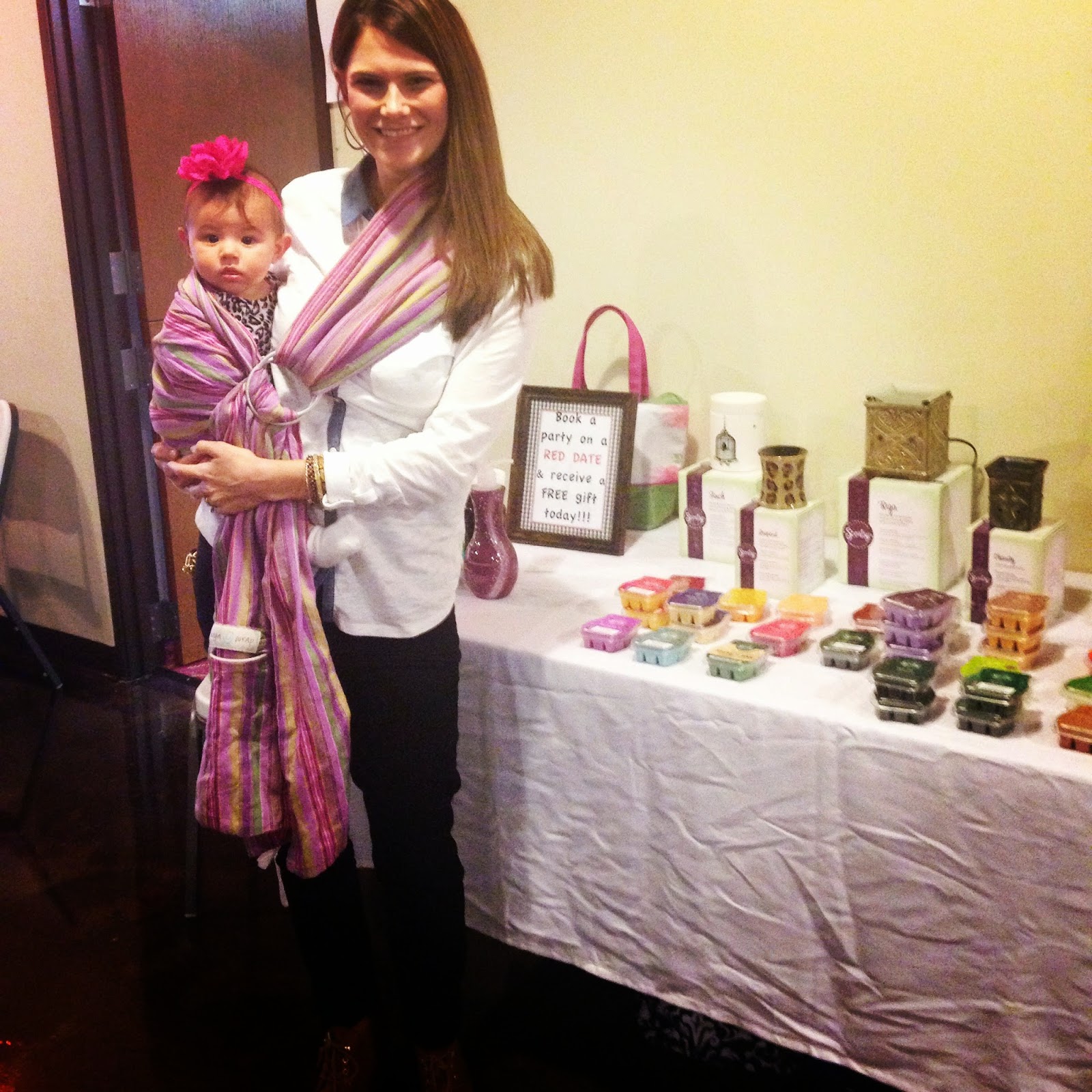 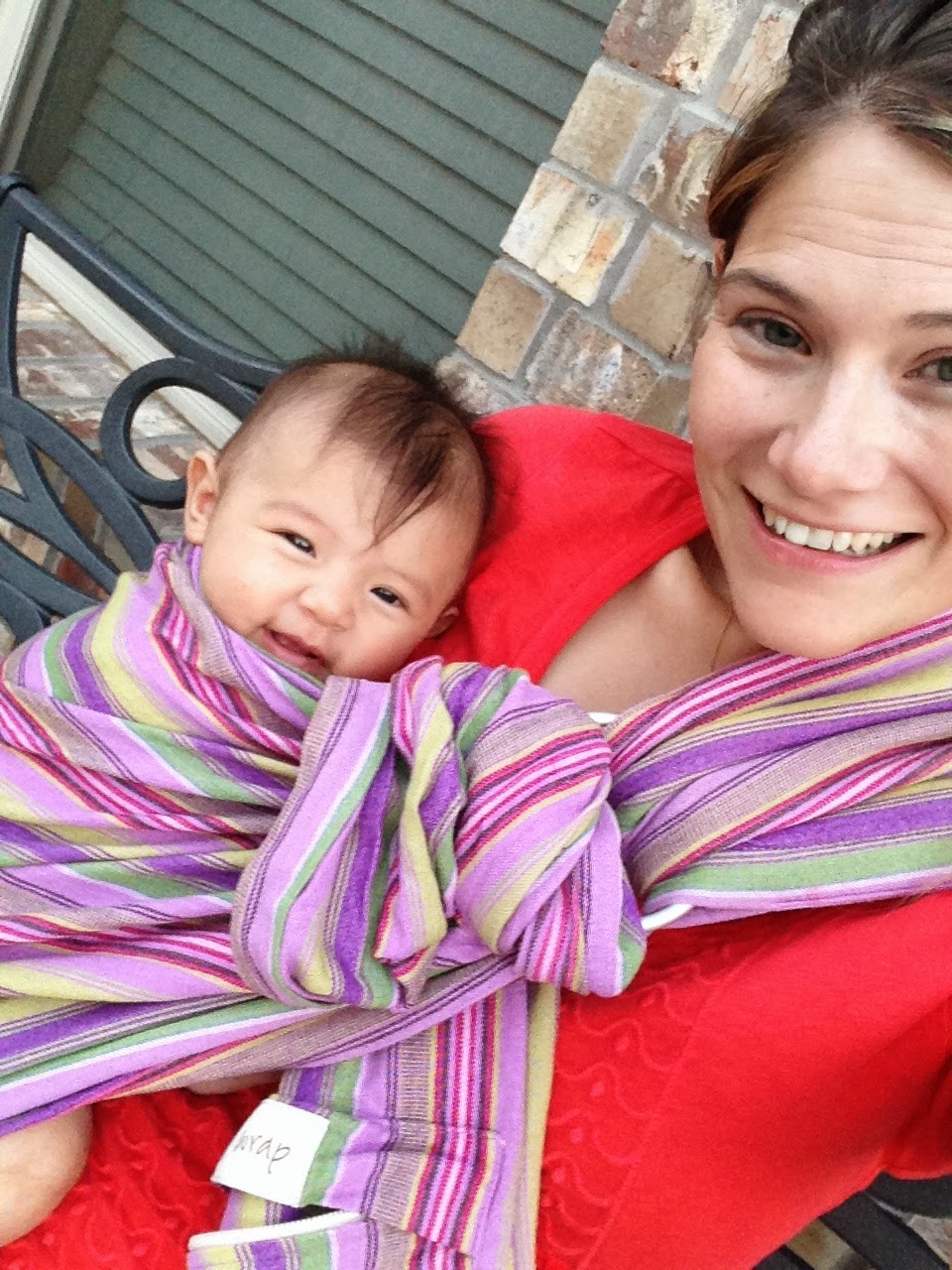 The ergo is the most expensive out of all my carriers and is definitly more of a carrier than a wrap. This is more bulky than the other two and Annie wasn't a huge fan at first, but as she has gotten bigger she likes it more.

I particularly love the Ergo because of the back carry. I posted a couple of pictures of me wearing Annie on my back and had some questions about getting her on there. I was nervous about doing it at first but after literally the first time it was pretty easy. I'm NO professional but made a quick video to show how I put Annie on my back. It is very dark sorry about that.


(p.s. she usually doesn't scream like that when I put her in the Ergo, haha)


This was all pretty basic but I wanted to give you an idea of what I like about each wrap/carrier. Annie is almost a year old (16 pounds) and I still wear her all the time!
Posted by Megan at Wednesday, February 11, 2015