I broke his heart.

One of the best parts of parenting is watching your child's personality grow and develop right before your eyes.

Well I guess I should also say that it can be scary watching it develop. Like when a temper flares or you see a characteristic that reminds you of yourself - possibly something that is opposite of the fruits of the spirit, that can be scary.

But for the most part it is exciting to watch this person that you helped bring into the world become, well for lack of better words an actual person. A thinking, creating, functioning human being.

As Eli and grown and his personality has developed one trait that we have noticed in him is that he LOVES to be funny. The boy will do anything to get a laugh. Don't bother telling him he is "good" or "smart" or "cute" he doesn't care about those things, simply tell him he's funny and he will think you hung the moon.

And then use one of his many tactics to make you laugh. He sings songs in funny voices, makes funny faces and does just about anything for a laugh.

Sounds harmless enough. Which it usually is, however there is a problem with this......once he finds something that makes you laugh he will do it ONE MILLION TRILLION TIMES.

About two months ago we were all in the car when Eli saw a McDonalds and very casually said "oh I want to go to McDonalds". Luke and I laughed because it was funny. We have never taken him to McDonalds, simply because we never really eat there. Luke doesn't eat any fast food, and for some reason Eli and I have never gone there (probably because we are too busy giving our life savings to Chick Fila).

Anyways, Eli said he wanted to go to McDonalds and we laughed. It was funny, our laughs were genuine. He said it in this funny little voice also which made it funnier.

Then we saw another McDonald's and Eli said "Oh I want to go to McDonald's" again in the same funny voice and we laughed. It was funny. Again.

Have you ever realized how many McDonald's there are in a town? A lot. A LOT.

A month went by and Eli still said it every single time we passed a McDonald's. Please hear me when I say I am NOT exaggerating. This child can be half asleep, about to enter nap land and see a McDonald's and still muster the energy to say it. Nothing stops him. And if we don't laugh he will get mad and say it until we laugh. Over and over.

One Saturday while driving around town Luke and I started talking about how to get this to end. I'm going to be honest. It was driving us insane.

We tried just not acknowledging what he said. Didn't work.

We tried over exaggerated fake laughs thinking he would sense the fakeness and quit saying it. Didn't work.

Finally I said I was just going to tell him it wasn't funny. The time had come. A month had gone by of forced laughs every time we passed a McDonald's and Eli needed to know it wasn't really funny.

Pretty soon we passed a McDonald's and we heard the familiar "Oh I want to go to McDonald's".....I took a deep breathe and turned around to face him.

And this is what I said "Baby, I have to tell you something, it's not really funny anymore. The first time you said that it was funny, but now it's not. It's just not funny anymore so you should stop saying it ok?"

I mean......WHAT KIND OF MOTHER DOES THAT? But I had had enough, I broke. The repetitiveness of the same sentence every couple of miles BROKE ME.

I don't really know what I was expecting from him after that. He's three, it was highly unlikely that he would say "ok mother that's a very good point thank you" but I had to say it.

I looked at Eli and he looked back at me and in his eyes I saw heartbreak. True and actual heartbreak. It was like I had shattered his whole world. He loves to be funny and in one instant this person he thought he could trust just told him he wasn't funny.

And then the tears came, the real actual tears. Not fake tears a three year old pulls trying to get what they want, or even tears of anger. These were tears of pain, actual hurt.

Instantly I felt horrible. What did it matter if it wasn't really funny? Was it so bad to fake laugh every so often? If it wasn't hurting anything why did I feel the need to make sure Eli knew that it wasn't funny?

It just all seemed so silly in that moment. He is going to go through this life and have moments where he is let down, moments where people hurt him and moments that he feels bad about himself. As his mom I want to protect him from these moments but they are a part of life I can't. However in this situation I could, and I felt like I let him down.

Immediately after he started crying and tears started streaming down his face Luke and I both started shouting "JUST KIDDING, IT WAS JUST A JOKE IT'S SOOOOOOOOO FUNNY YOU ARE THE FUNNIEST BOY EVERRRRRRRRR"

What did it matter if it drove us crazy when he said it 30 times in one car ride? It wasn't hurting anything, it won't last forever, so for now we will fake laugh.

It's now been a month since that day and we still fake laugh daily. Multiple times in fact. He has completely forgotten that I ever told him it wasn't funny and that's ok with me. For now I will continue to protect his little heart.

However, if McDonald's goes out of business anytime soon we won't be too sad over here.

I feel like I have so much to say on here but finding time to sit down and get it all out is challenging.

And honestly I don't really know where my time goes. I wouldn't call my self a "busy" person. I think we tend to throw that word around a lot. Right now I feel like the only thing that keeps me busy is stopping every 3 hours for about 30 minutes to feed Annie. Now that's a major time suck.

In between that I'm trying to keep the house clean (key word is trying), working on various Scentsy tasks, working on household tasks, and keeping the children entertained. I've even let working out fall to the side lately which I hate.

But here we are at the beginning of September. It's the downward slide of the year, but oddly enough feels like a time for a fresh start. Fall is upon us, the routine of school days and meal planning and all of that is becoming the norm again. So I'm trying to incorporate blogging back into that.

Last week I went to Tulsa and kept my nephews while my sister and her husband went out of town. It was a fun and CRAZY week. Annie and my youngest nephew are two months apart so it made for some interesting days. luckily we stayed with my parents so by 4:30 I was pretty much "off duty".

Because I need time to gather my thoughts to write about all the things I want to write about (breastfeeding the 2nd time around, Eli's adjustment to Annie, the riveting Saved by the Bell movie I watched tonight (see not busy), possibly starting weight watchers again) I decided the easiest thing tonight would be for me to share some pics of my favorite products from the new Scentsy catalog that came out TODAY!! 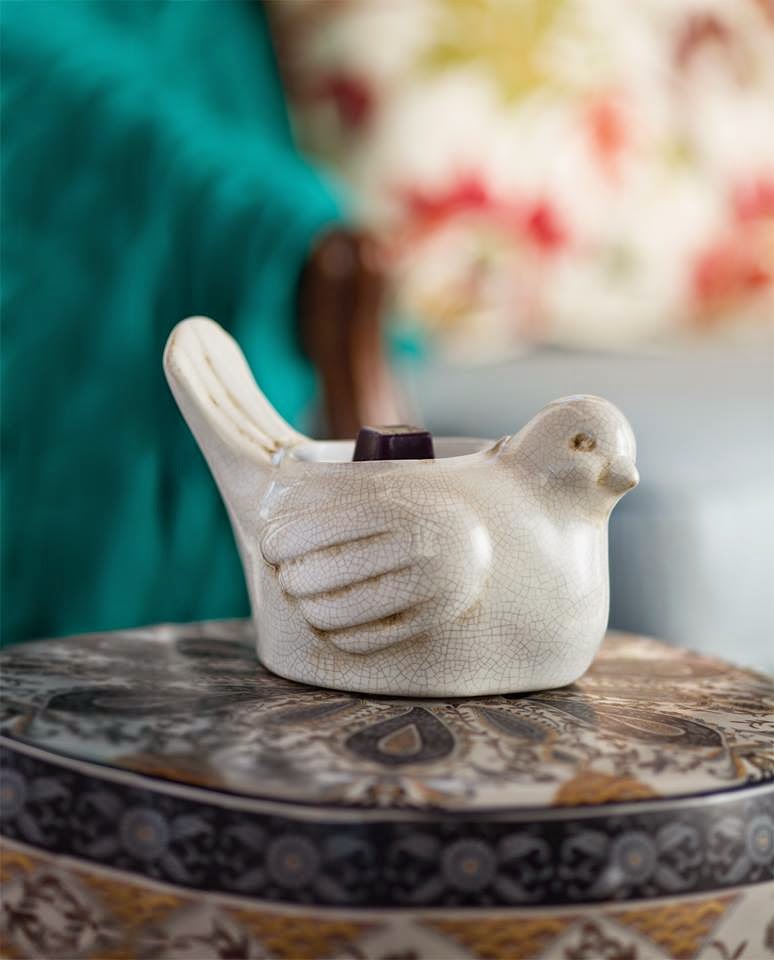 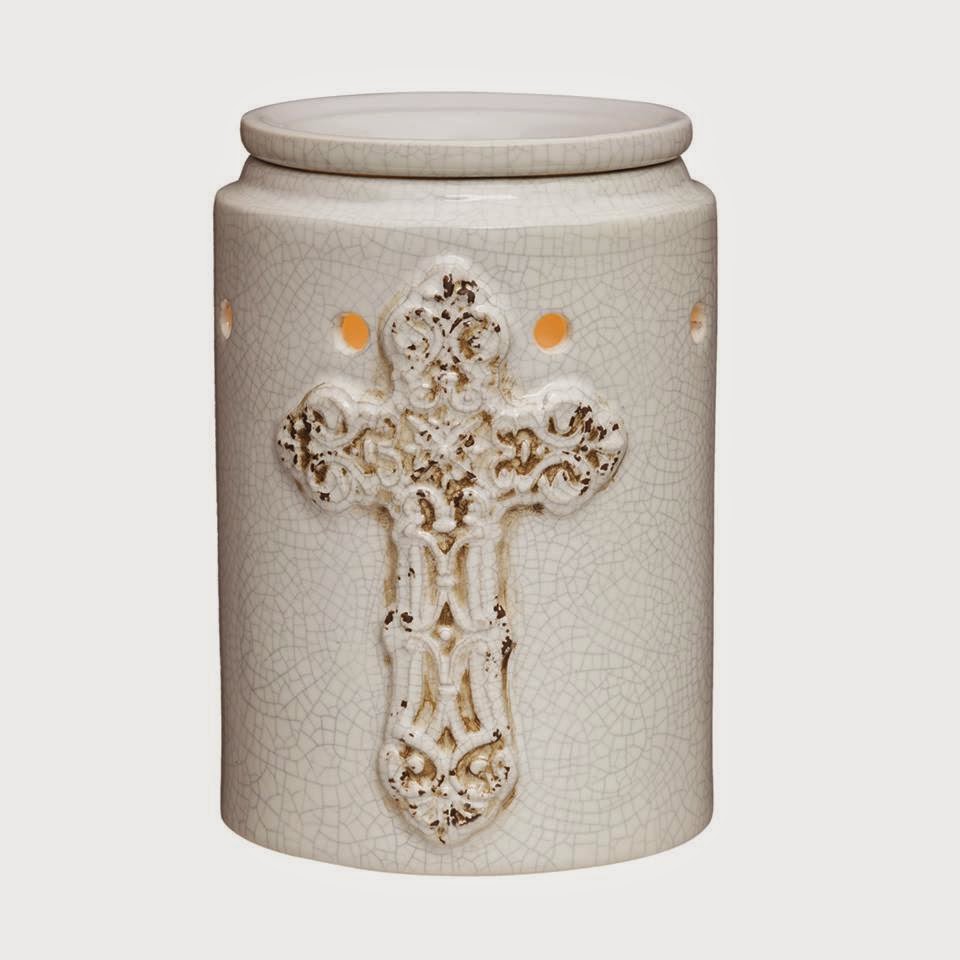 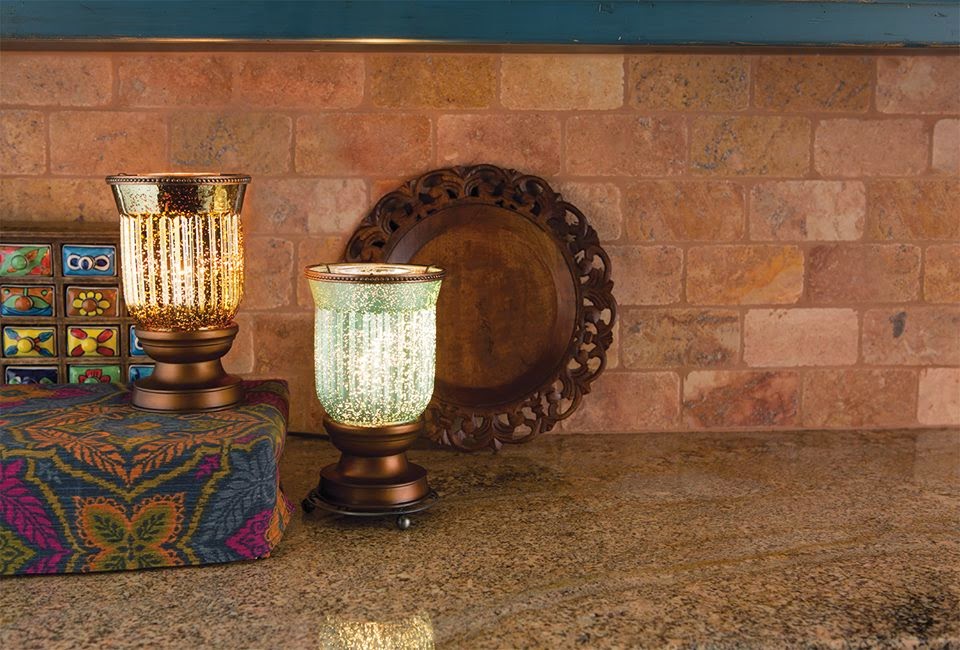 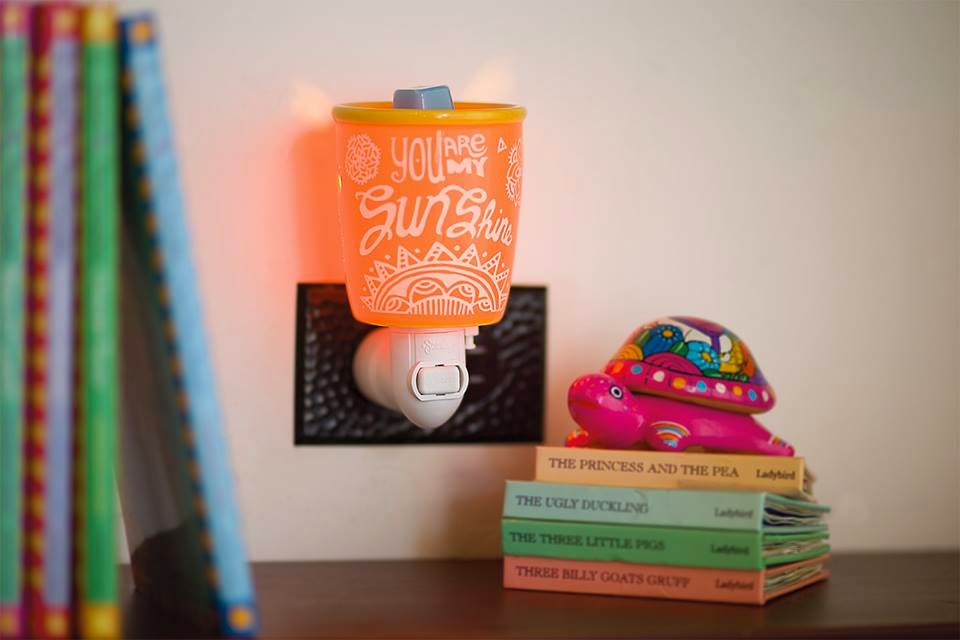 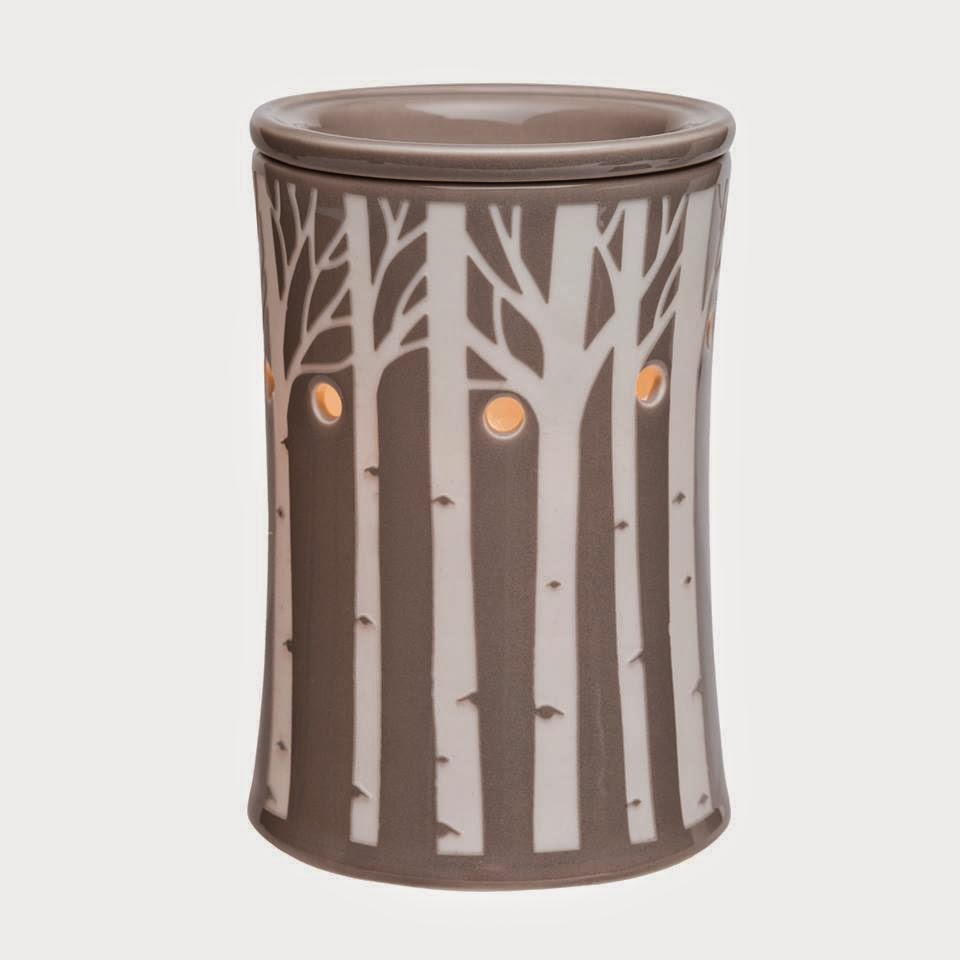 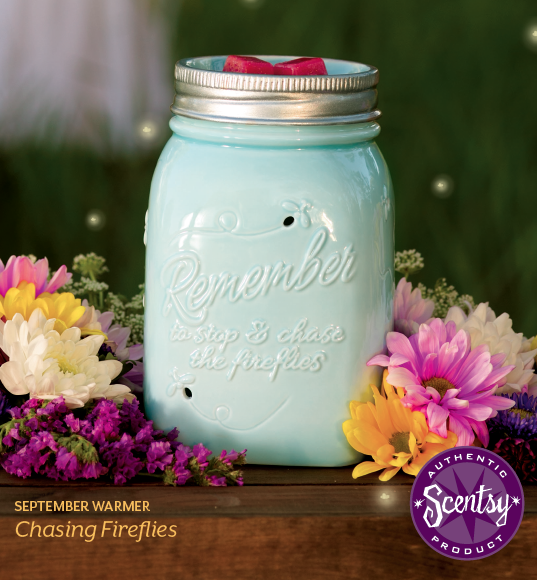 (this warmer is 10% off this month and is beyond popular, I've already sold over 20) 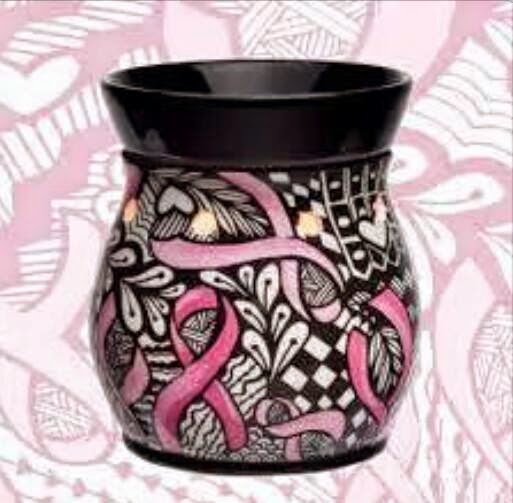 (proceeds from this warmer go to the National Breast Cancer Foundation)

I don't know how Scentsy continues to come up with all these awesome designs but they do! I'm loving it all!

As always you can order from my website HERE.

And if you are looking to make extra money please email me and let's chat about how Scentsy might be the right fit for you. Maybe you need extra money for Christmas this year or all the back to school needs? Email me! MeganTree84@gmail.com

Ok that's all for tonight, I'll be back with some real content hopefully tomorrow, but for now enjoy the pics!