When he started we were in between homes renting a house that hapened to be pretty close to his school.  When we found and moved into our new house in November I quickly realized that his new school was a bit further than I wanted to drive.

It wasn't a horribly long drive, but now that I have a baby in tow I started thinking about how nice it would be if I didn't have to spend about 30 minutes in the car both ways. So I started looking for an opening at a school closer to us, and thankfully I found one.

I was sad to leave his school, it had a smaller feel and I really liked the teachers there, but I also know he's only three where he goes to a preschool two days a week doesn't define the rest of his life. And right now distance is important.

Although we had a great summer and stayed busy Eli was ready to go to school. He loves school and being around other kids, which makes me happy. I'm not counting on it always being this way so I'm enjoying it for now. 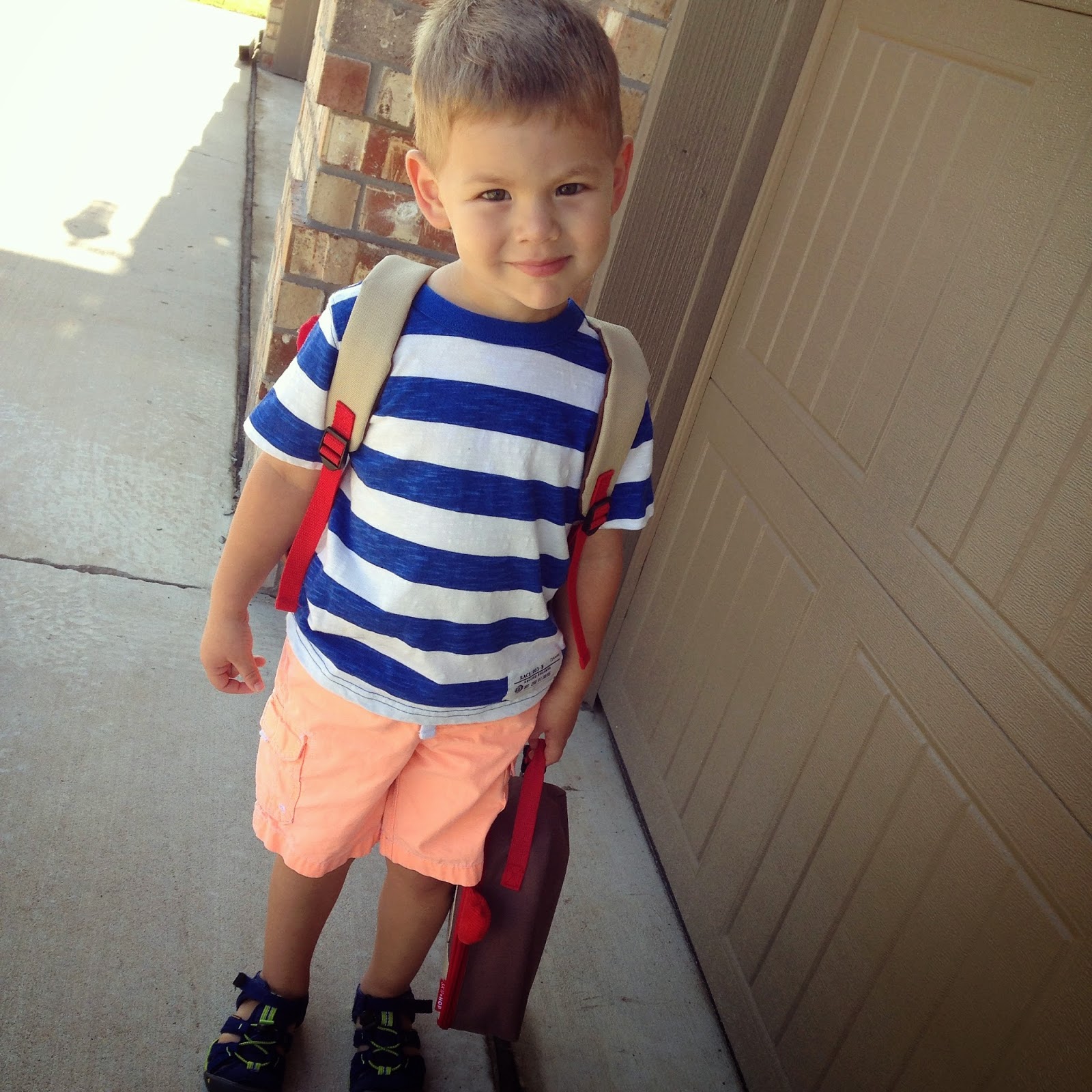 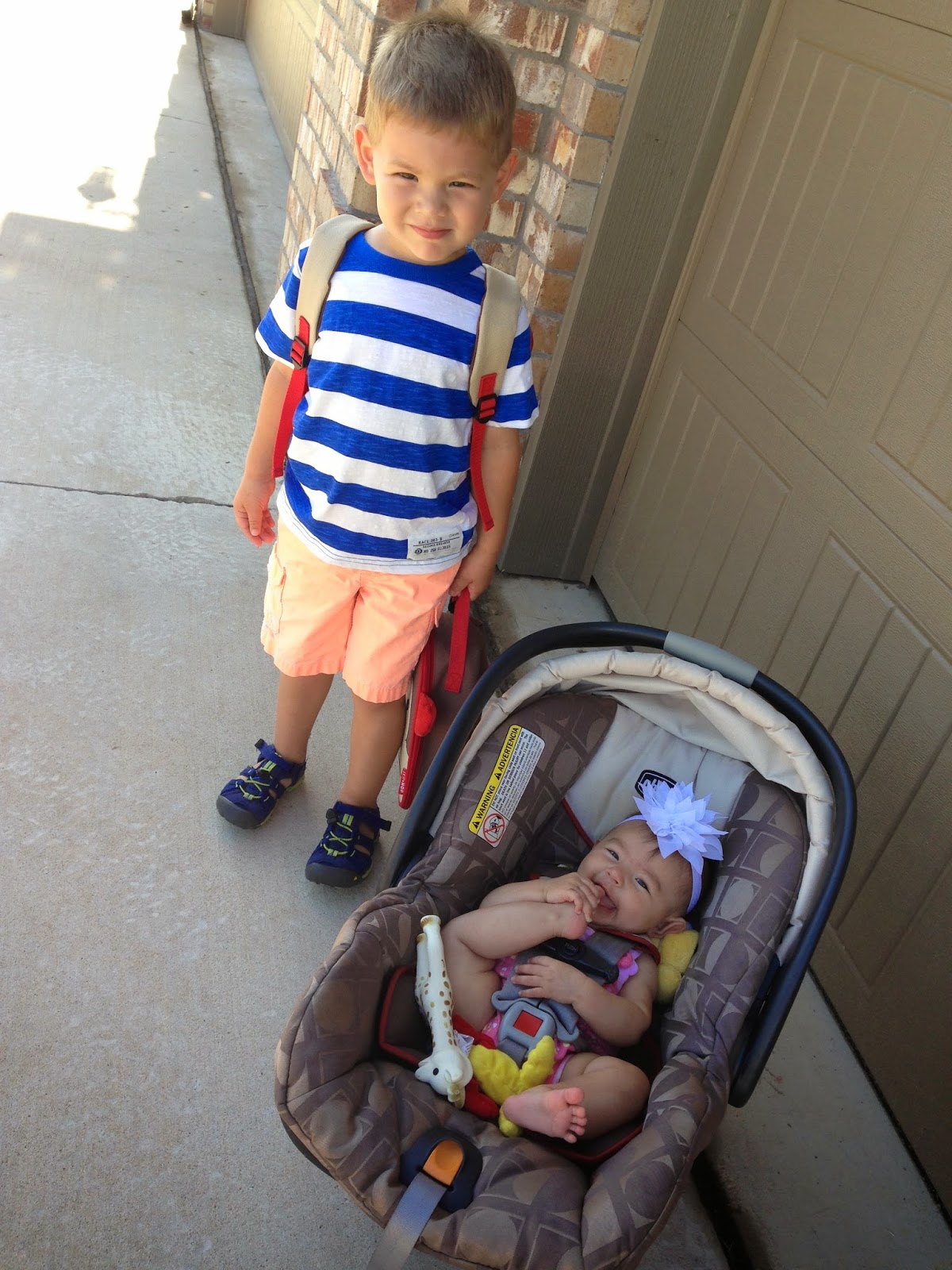 Because my car is still in the shop I had to drive Luke's truck to drop Eli off at school. I was more nervous about the truck than anything. I was so scared about driving the truck, especially in a crowded parking lot full of lots of children! I was the person who parked in the very back of the parking lot that day.

Eli had been SO excited all morning and was very wound up. He very confidently marched into school and his classroom. He went straight to his cubby hole that he recognized from the open house the night before and started putting his stuff up.

I got one really bad picture of him putting his lunch box up, I tried to snap it really quickly and discreetly cause I didn't want to look like a crazy mom taking pics of her child's every move. Then I realized other mom's were taking pictures also and I'm just the crazy insecure mom. 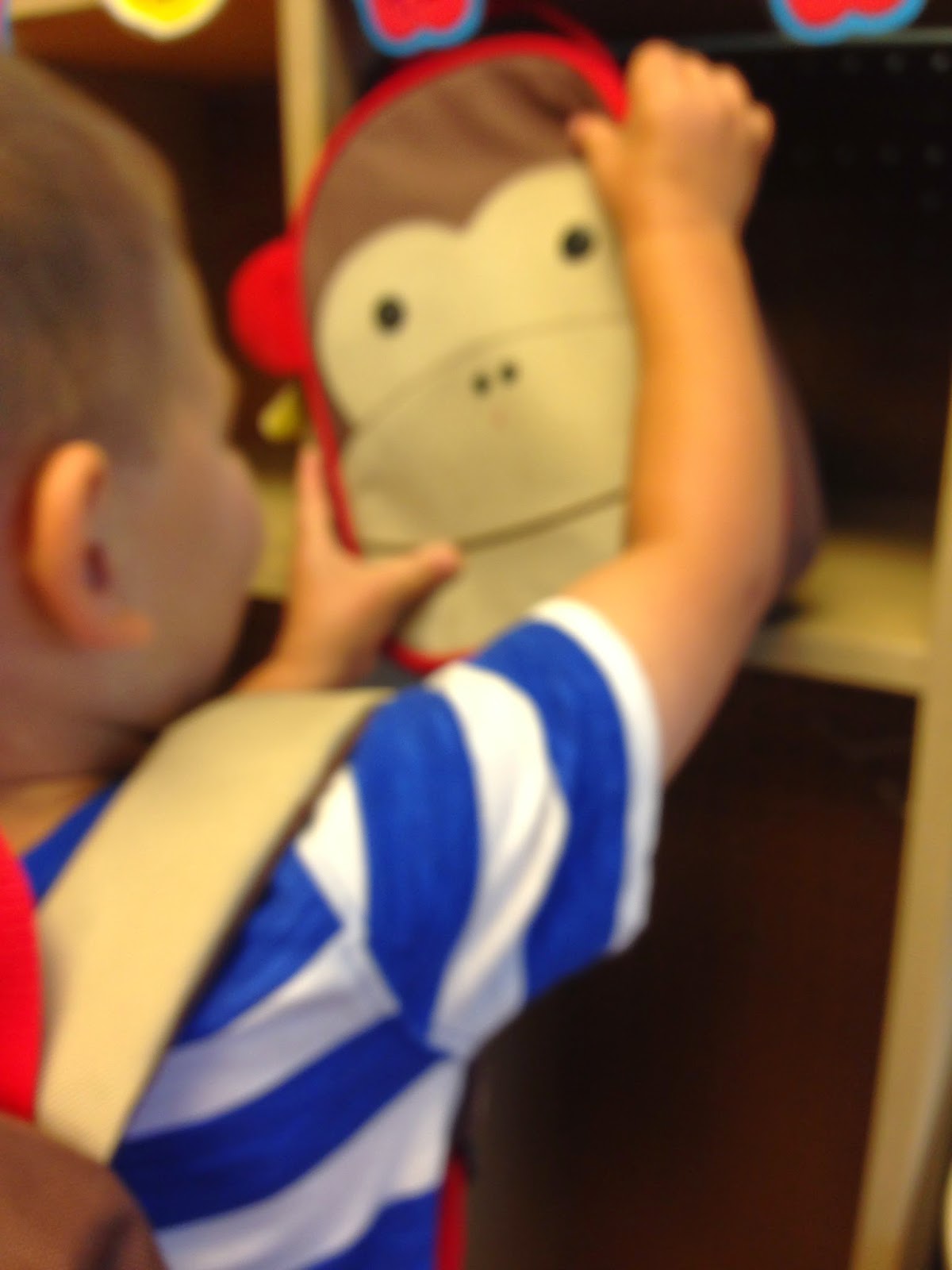 By the time I got done with my insecurity rabbit trail in my head it was too late to take a pic of him hanging his bag up, so I just told him to stand by it so I could take a picture. 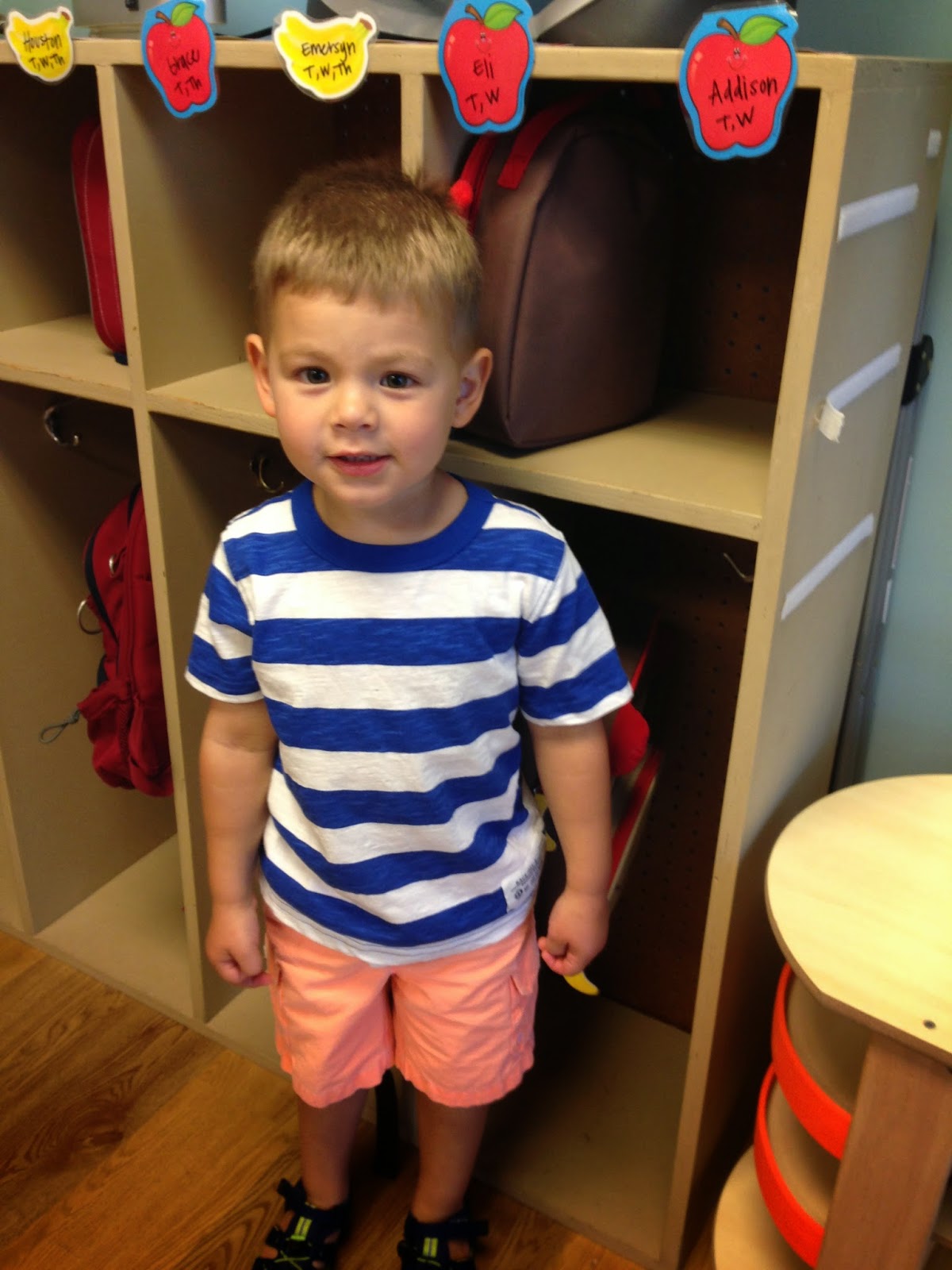 Luke picked him up and said he had a great day. He said that music was his favorite part of the day (of course).

That night he was so tired and went to sleep early, now I remember why I like this school thing. I kid, I kid, but it was nice to not have to fight him at bedtime.

He had another great day again today and again said that his favorite part was music. I asked him who he played with and he said "the kid who runs fast and the boy with the firetruck on his shirt". Clearly they aren't on a first name basis yet.

So our summer is officially over. And as Eli goes back to "school" and I watch other moms send their kids to real school where they will be gone all day I'm thankful for yet another year at home with my babies. 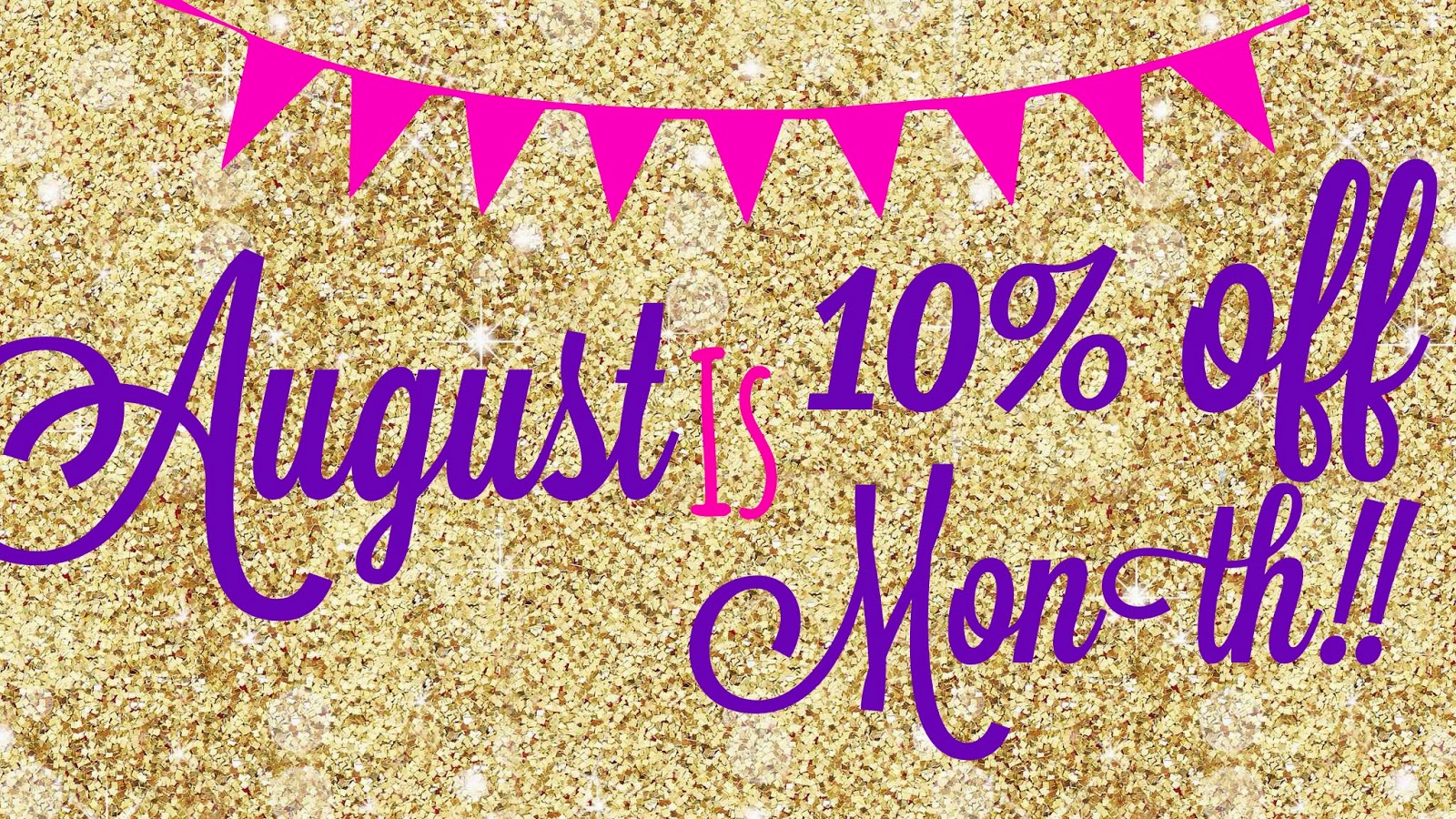 Plus the following scents are being retired so be sure and stock up if your favorite is on the list! 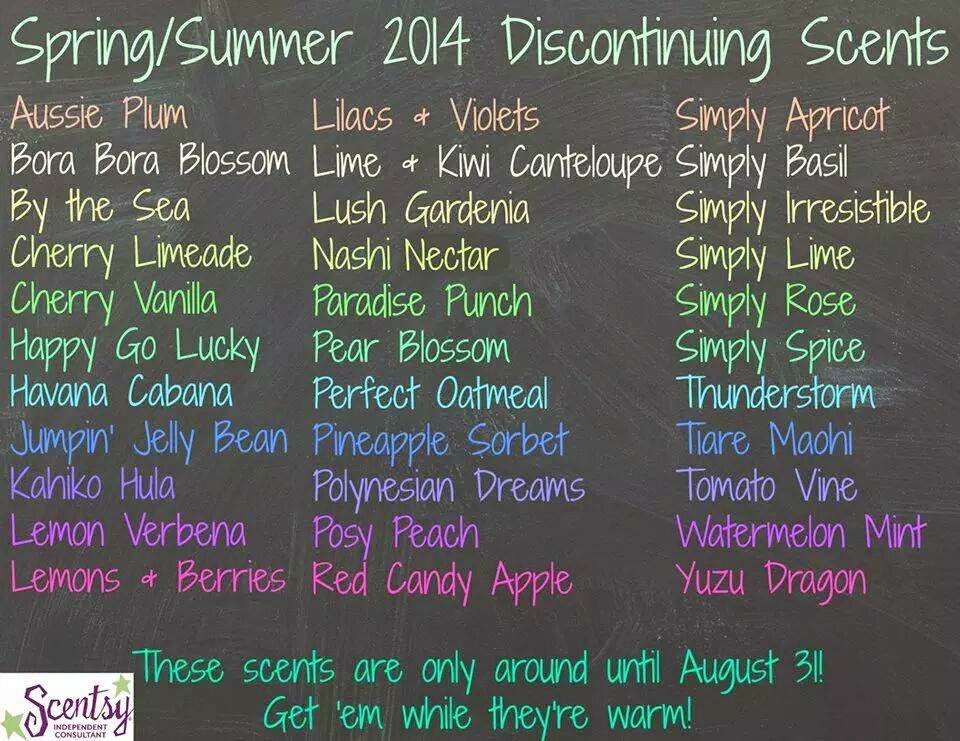 Speaking of stocking up, now is the best time to take advantage of the combine and save deals - six bars for only 22.50!! 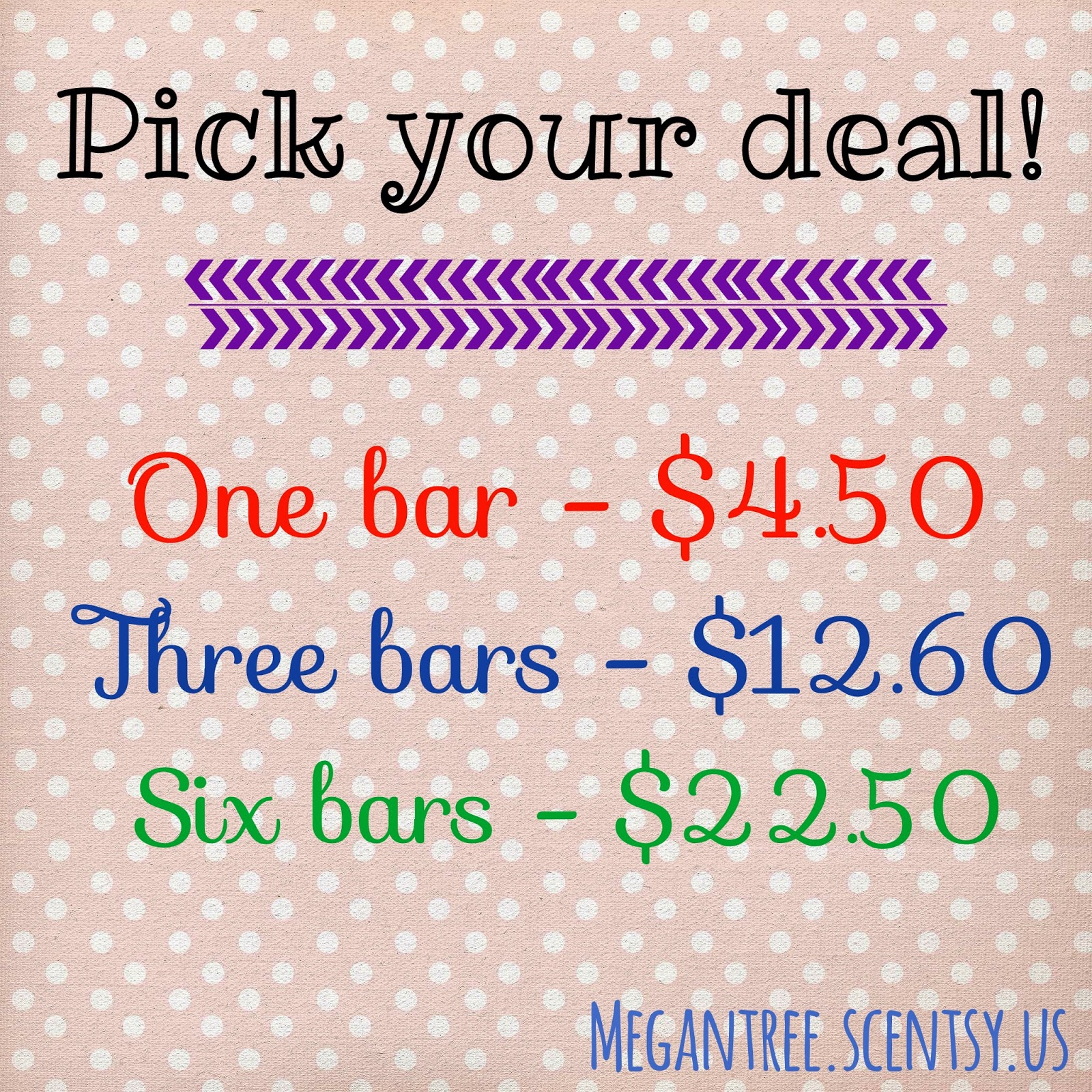