In the grand scheme of things three years does not seem very long. Yet in this case, the birthday of my son, my first born, three years seems like eternity.

Life without Eli seems distant and much longer than three years ago. The day I found out I was pregnant was one of the scariest days of my life. And the nine months after that were a whirlwind of preparation mixed with heartburn and nerves.

I've never been a big baby person. When my sister wanted to play with baby dolls I wanted to play school and be the boss. I babysat occasionally as a teenager but more so for the money than anything, putting those kids to bed was always my favorite part of the night. I'm just not a girl who flocks to the kids and connects with them with ease.

So I had no idea what to expect those months that I was pregnant. And then in the wee morning of March 9th Eli came into this world and changed my life forever. I was rocked to the core.

With that first cry, the cry that I would come to know so well I was changed. I had no idea I was capable of so many emotions. I had no idea I could stare at something with more love than I knew what to do with, yet still wondering what I had done. What were we thinking bringing a person into this world? HOW could we possibly parent a child?

Yet, three years later we are doing it, together, one step at a time.

But it's also a celebration of our time as parents. As Eli grows each year and faces various obstacles and challenges and also victories that life brings we are right there with him. Facing those life situations, growing with him, figuring out how to do this parent thing, just as he figures out how to do this life thing.

This year there is a different feel in the air because we know we are on the verge of doing the whole baby thing again. On Eli's birthday we aren't just telling him "you're a big 3 year old now" but we are also exclaiming about what a great big brother he is going to be. Hoping that it sinks in somehow and the shock of a new baby in his life doesn't overtake him too much.

Yet through all the big brother talk I am reminded that he is still my baby. He will always be my first baby, the one that made me a mom. That revealed to me that I'm capable of loving somebody else so much more than I thought possible.

I can't believe it's been three years - and I have a feeling I will say that every single year on this day. Happy birthday to our sweet 3 year old, you are the joy of our lives. 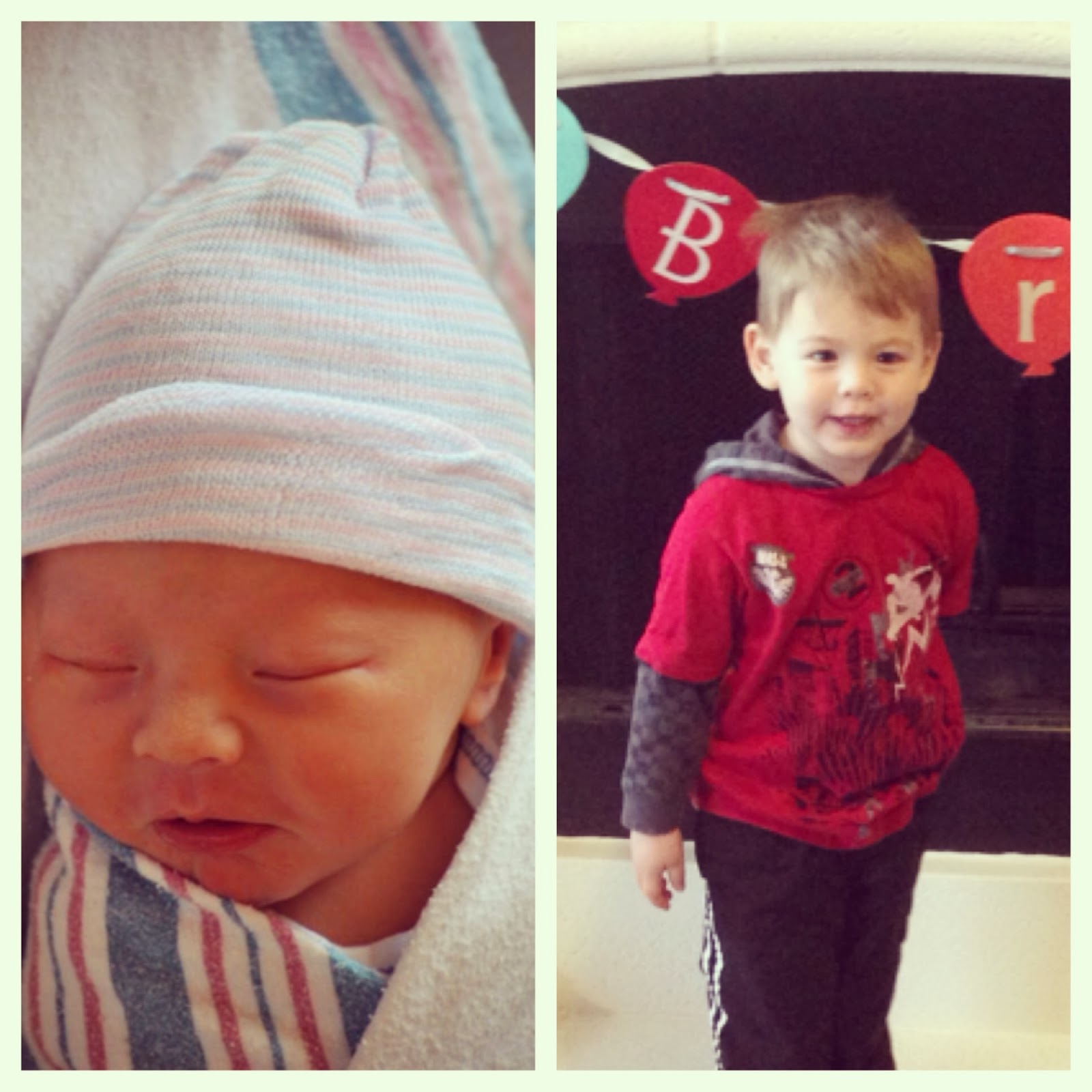