We've been snowed in most of the weekend and it has been wonderful.

I'm one of those weird people that doesn't really get cabin fever. Life is so busy most of the time it's nice to have a few unexpected days of just nothing but spending time with your family, watching cheesy Christmas movies and eating too much food.

Our area wasn't hit as bad as other areas were (from what I've seen Dallas and parts of Arkansas are pretty bad) but it was enough to keep us off the roads. And schools are still canceled tomorrow.

We got out a few times in Luke's truck that is 4-wheel drive and that was nice, but it was also FREEZING outside. It hasn't gotten above 32 degrees in several days....we aren't used to that around here!

I've been using the days inside to get tasks marked off of my "to do" list. I'm still working on getting this house put together.....just don't look in our garage. I can't even think of how long it will take to get that place cleaned out. I think our boxes are multiplying the longer they sit out there. At this point I'm about to just take it all to the dump, if we haven't needed it yet we probably don't need it at all, right?

Anyways, back to the snow, Eli kept asking and asking to go out and play in the snow on Friday and due to the fact that Luke had to work on Friday there was only one lone person to take the boy out in the FREEZING SNOW.

And that would be me.

I bundled Eli up in about 18 layers of clothes and got him ready to go outside when I realized we had no kid gloves for him. In fact I couldn't find any of our gloves they were all packed up somewhere in the garage. I hated to take him outside without any gloves but at this point he was so excited about going I knew we just needed to get out there. Plus I figured without gloves he wouldn't last long.

Which was the case. We were out there for about five minutes before Eli said "I don't like the snow" to which I said "AMEN" and then we headed back inside 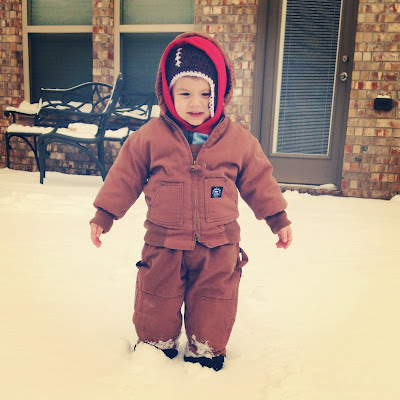 And that's our playing in the snow story.

Along with snow and ice we've had our fair share of earthquakes. We've been feeling small earthquakes for several weeks now, but this weekend we had two pretty big ones (the biggest was 4.5). They don't last very long but they are sure scary when they are happening!

Eli is usually asleep when they happen (for some reason they happen at night) but he was awake for these two and felt them just like we did. So now he is very interested in earthquakes and spent a good portion of our Saturday night "looking for earthquakes".  I'm really hoping we have felt the biggest quake that we are going to feel. 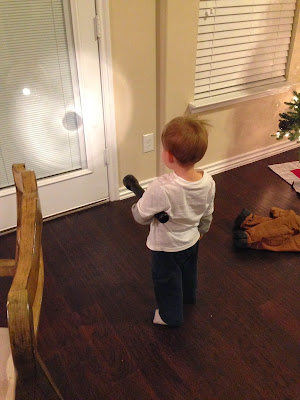 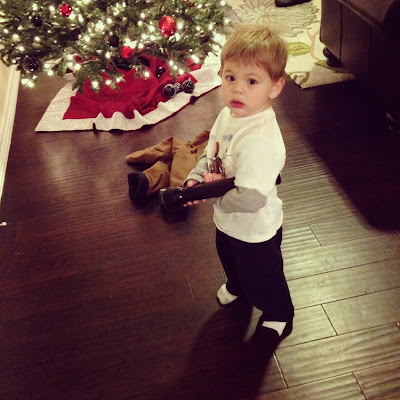 So that is how we spent our weekend. Hanging out inside, trying to stay warm, enjoying our time together!