Our Trip to Colorado

A couple of weeks ago, the Wednesday before the 4th of July (so July 3rd for those bad at math) we hit the road and drove to Colorado for a quick little trip.

I was going to say that we headed North to Colorado but I'm not sure that's correct? It just sounded good, but I'm really bad at Geography. And Math.

So anyways, Luke got home from work and we drove to Colorado. It was a pretty quick 9 hour drive considering I slept 5 of it. Sorry Luke.

We didn't have any big plans while we were there. Basically we just wanted to spend time with family, relax and let Luke's parents take care of Eli the whole time.

Well maybe that was just my goal, but it was one I definitely succeeded in. Eli loves his Maw and papa time. Mama loves Eli's Maw and Papa time. WIN WIN.

And even better, my mother in law scheduled time for me to go to a spa for a whole morning where I got a massage, facial and pedicure. Glory.

It was a wonderful and relaxing time! 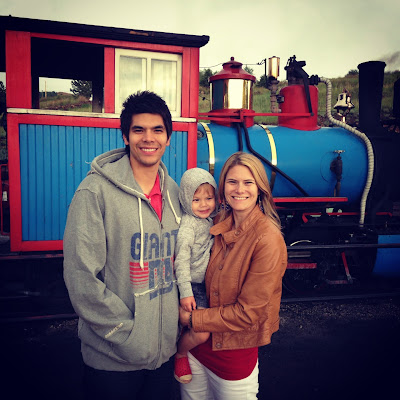 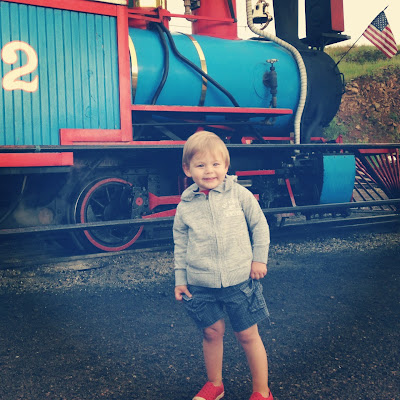 We took Eli to a nearby town where he got to ride his first train - which happened to be the same color as Thomas. The train ride was probably a dream for Eli but I was slightly concerned the whole time that the train was going to careen off the mountain at any given moment. Plus I wore WHITE PANTS to ride a train and ended up with soot stains on my pants.

But Eli had a good time so it was worth the stained white pants. 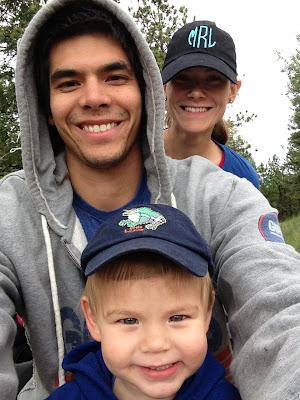 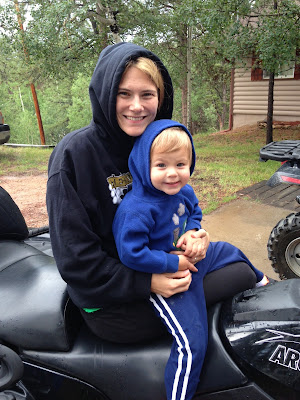 We spent a lot of time in the cabin watching movies and eating food. We are big eaters in this family. 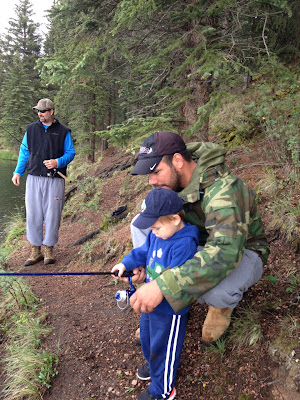 We took Eli fishing for his first time, and while there I realized it was also my first time to fish.

Eli "helped" catch a fish, which amazingly was his favorite color, orange.

Eli has adopted orange as his favorite color and whenever he sees ANYTHING orange he calls it "MY ORANGE". He only wants orange ice cream, at Target he will pick up anything orange and carry it (today it was sun screen), we went to the library the other day and every book he picked had an orange cover.

So the fact that he caught an ORANGE FISH? Hilarious. 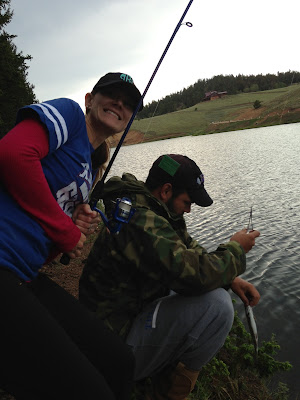 I also caught my first fish which was cool. But after that I was ready to go back inside. How do people stand and do that ALL DAY? 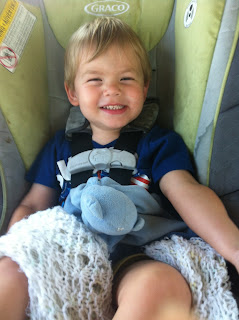 Sunday morning we got up early to drive home so we could get back late that afternoon. We had a 9 hour drive and Eli slept for 30 minutes of it. THIRTY MINUTES.

The kid talked the rest of the 8 hours and 30 minutes. I had no idea he had so much to say, but the boy can talk.

He must get that from his dad.

It was so fun and just what we needed during this busy summer. So thankful for time like that to spend with family and just relax!!