On our third day in New York City Luke and I knew we wanted to walk around again, so we decided to walk but to go the opposite direction of where we had been the day before. 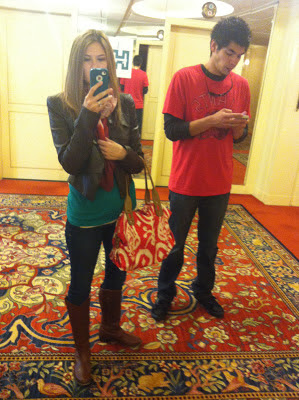 I started taking pics of us in the big mirrors outside the elevators while we waited for the elevator. Luke was always really into this part.....not really.

So we walked outside of our hotel and started walking west.

Our first stop was at FAO Schwarz. I was very surprised by this store at first. Obviously movies make things look much better and "done up" than they really are. From the outside it was just a simple store, nothing grand or amazing about it. 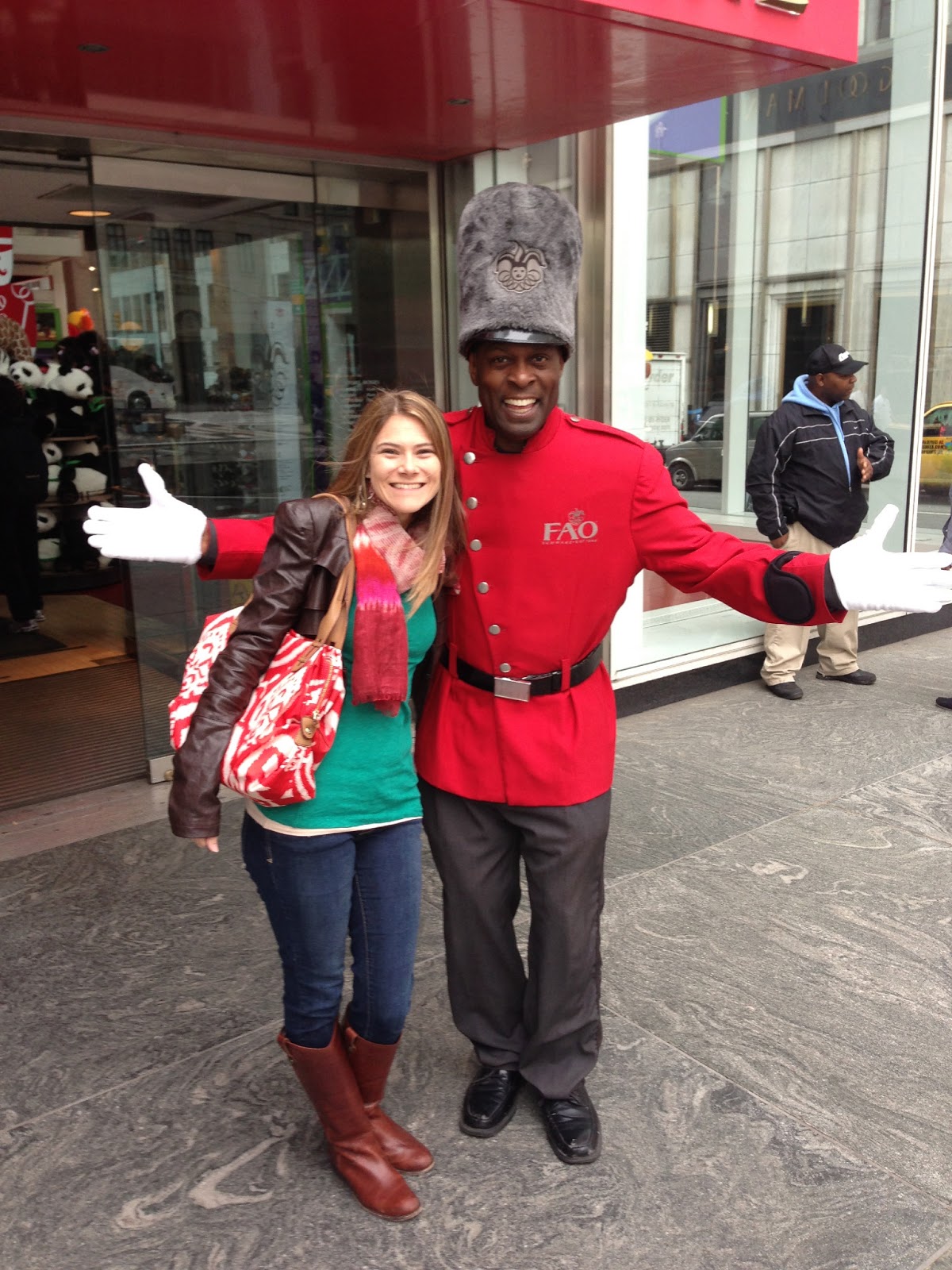 It was 3 stories of toys and we ended up spending a lot of time in there. I loved it by the end and felt like it matched up to what I had seen in the movies.

I really wanted to jump on that giant piano on the floor but you had to take your shoes off and I had my boots on and it is way too much trouble to get those boots on and off just to take a pic on a piano, so no piano playing with my feet for me.

After FAO we went to a few more stores and then headed over to Central Park.

Central Park was so neat and I recognized so many sites from various movies I have seen. I loved being in the park and I think it would be so neat to go jog through there everyday if I lived in NYC. 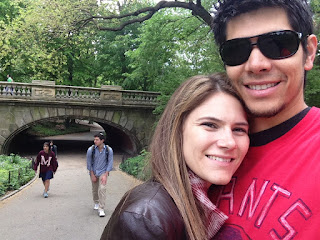 Some bridge in Central Park 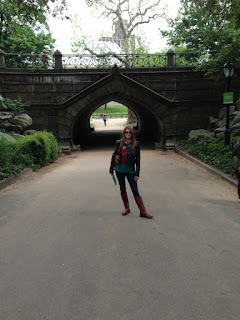 Another bridge in Central Park 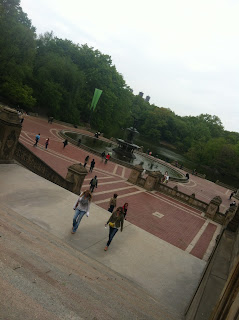 We explored more of the town and stopped and went shopping a lot. I SO wish we had an H&M here in Oklahoma. But if we had it I probably wouldn't like it as much.

I was in one store shopping and felt like I was at home and then looked out the window and saw all these taxis. Definitely not at home! 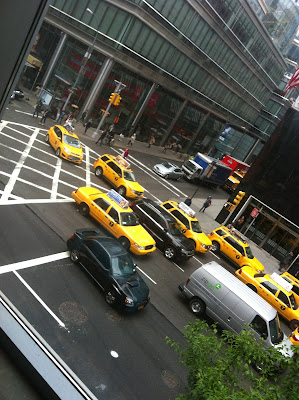 We went back to the hotel room a bit early because I wanted to shower and get ready for our special dinner cruise that Scentsy had arranged for us.

We took a bus down to the pier and then got on a ship that went out on the Hudson river and we got a seaside view of New York City and also New Jersey. 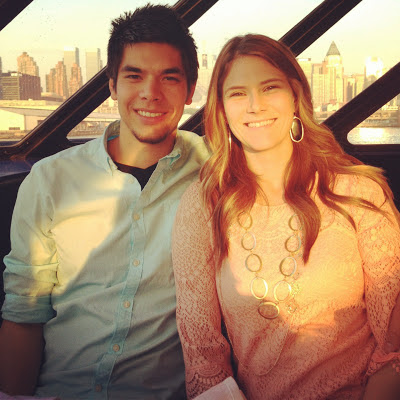 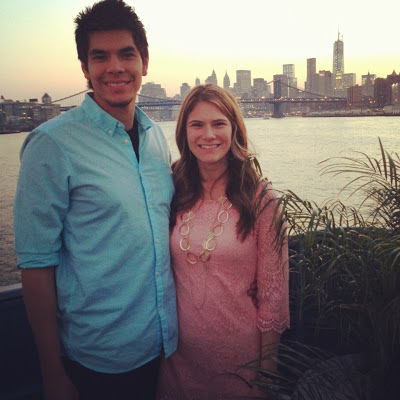 The food was delicious and the the scenery was amazing. We were able to visit with friends and just have a great time. 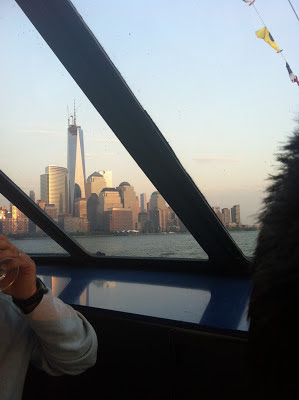 This pic is hard to see but it's the new World Trade Center. It was so neat just eating dinner and seeing all these awesome sights out the window.

When we went past the Statue of Liberty it was dark and fireworks starting going off. So cool! 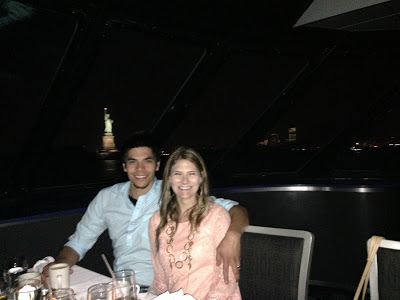 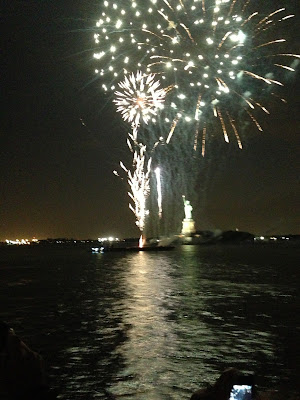 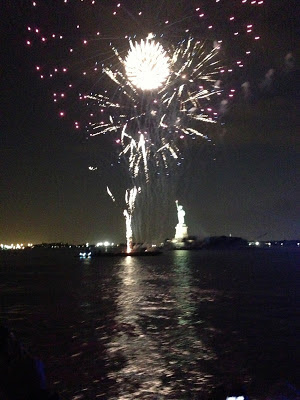 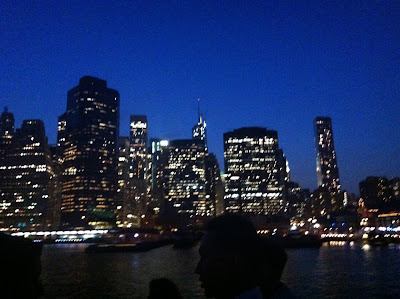 Those are some quality iphone pics. Good thing we have a big expensive camera we NEVER use. I annoy myself.

After the dinner cruise we went back to the hotel and went to bed. I was going to get up early the next morning and go to Good Morning America! I was so excited!
Posted by Megan at Friday, June 07, 2013