Before we left for our trip I was a little worried about what kind of clothes/shoes to pack.

And by "a little" I mean a lot. So much so that I almost considered not going because I had no idea what I would wear.

So naturally I packed a little of everything, and just like usual my bag hit right at 50 lbs, not to go over that pesky weight limit. I've gotten good at that.

Well when we woke up Tuesday morning in NYC it was COLD. I was not expecting that, but I was glad I had overpacked because I had boots, scarves and sweaters ready to go. Sometimes it pays to overpack. Well you usually have to pay somebody else when you overpack, but still it works out.

We got dressed in our warm clothes and hit the streets of New York City.

We first set out towards the Empire State Building. We knew that was something we wanted to do for sure.

It was something we could have taken the subway to, but we knew we wanted to see the city so we walked there, and saw lots of sites along the way.

It is so crazy to be in a town where there are so many sites that you recognize from both TV and movies. Plus it was just neat to see the city and how different it is than back home.

We made it to the Empire State building, this is what you see when you walk in: 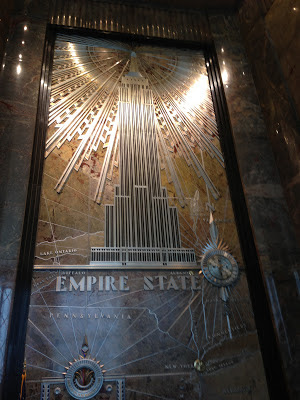 I recognized it from several movies.

Being at the top of the Empire State Building was so neat, just looking out over the city and into the neighboring towns. 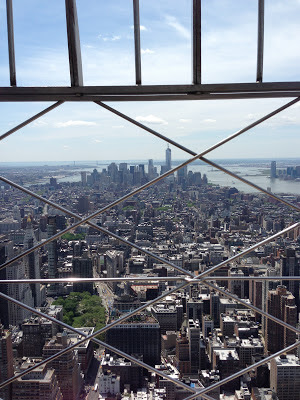 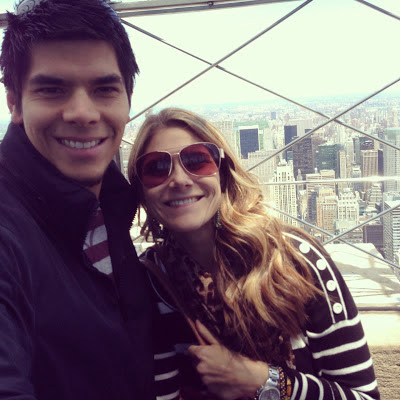 After we left the Empire State Building we started walking. We wanted to see the city and knew walking would be the best way to do it.

Actually one of those buses with the seats on top probably would have been the best way to do it but Luke thought it would be good to just walk.

So walk we did. And we walked a lot. We walked from 49th street to 5th street. Which if you are bad with numbers let me help you. THAT IS A LOT. Then we turned around and walked all of those again to get back to our hotel.

Frye boots are cute, but are not made for long distance walking. Ouch.

But we were able to see SO much. We went to Washington Park and hung out there. It was so pretty and neat to just watch everyday life around us. 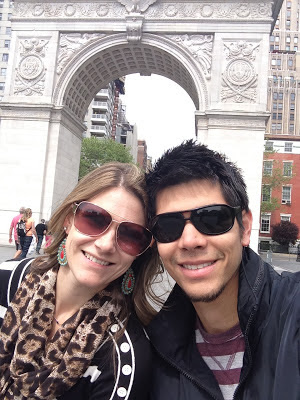 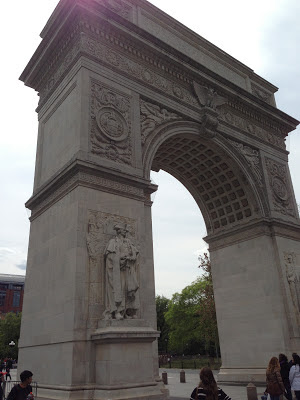 We walked around Greenwich village were I told myself all the celebrities lived (I think I read that in US weekly) and hoped to see somebody cool but didn't see anyone. I saw a bunch of nannies with kids and I tried to peek at their kids but then I didn't want to look like a creeper.

We went to Bleeker street and ate some pizza at a little hole in the wall $2 a slice pizza place and it was delicious. 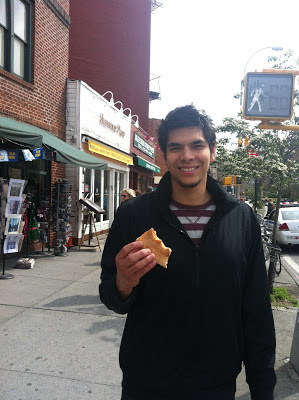 Even though we walked so much this might have been our favorite day. We were able to see so much of the city and we were on our time. Just stopping and going as we pleased (I stopped and shopped every time I saw an H&M).

We had tickets to see Cinderella that night so we got back to the hotel changed clothes and headed out for the show. 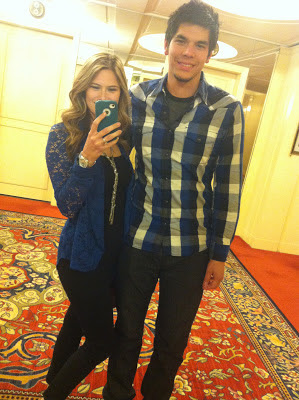 I earned the tickets to the show for free through Scentsy so I'm not sure we would have chosen to see Cinderella on our own but we loved it. Even Luke really liked it. It was a fun, cute show.

We were starving and didn't get a chance to eat before the show so during the 15 minute intermission we ran down the street grabbed a slice of pizza and ate it on the way back to the theater.

Clearly the food of the day on Tuesday was pizza.

After the show we took the Scentsy charter bus back to the hotel and crashed. Hoping our feet rested and got ready for the next day!