Luke and I got in late Saturday night from a wonderful week in New York City.

We have always wanted to go to NYC, we even played around with the idea of going there for our honeymoon five years ago but decided against it. After whirlwind wedding planning the best thing to do is to just go to the beach and sit. So our NYC trip got put on hold.

Then last summer when I saw that I could earn a FREE trip to NYC through Scentsy I knew I had to earn it. And so I did.

I know I say it all the time and at this point it's just redundant but I'm just so thankful for Scentsy and what it has done in my life. I've formed some awesome relationships, I'm able to do "extra" things because of my income, and it has now provided me with 2 free trips. I have never for a minute regretted joining this company.

Time for my trip recap....which will probably last several days. If you sent me an email or comment about your trip to NYC I read it like 15 times. I didn't get a chance to respond to everyone but I appreciate you taking the time to comment or email. I referenced them a lot while we were there.

And like everyone said there was SO MUCH to do there. We went into our trip with the idea that we wanted to relax some and see some of the "touristy" things. We didn't want to kill ourselves trying to see every single thing there was to see.

Our Monday started very early, a little too early. I had my alarm set for 4:00 am to get ready for our 7am flight, but Eli woke up around midnight with a fever.

PERFECT. I was already stressing out about leaving him, and feeling all those stupid mom guilt feelings and had finally convinced myself all was ok and then HE WOKE UP WITH A FEVER.

He was burning up and restless so I brought him to our bed and gave him some fever reducer. Between the swift kicks to my ribs by Eli in his sleep and worrying about where I ranked on the WORST MOM EVER scale for leaving my child with a fever to go to NYC I got about an hour and a half of sleep.

Luke's parents spent the night with us so they could take us to the airport and then take Eli home with them. From the moment we got in the car to go to the airport I wanted to cry. I know it's normal to leave your baby and every couple needs time alone together and BLAH BLAH, but all I could think about was leaving my precious baby boy.

By the time we got to the airport I was a bawling mess. I'm sure Luke's parents were just ready for me to get out of the car because of ALL THE INCESSANT CRYING. You never would have thought I was going on a free trip. I was acting like someone was shipping me off to boot camp.

After about my 10th time of kissing Eli and telling him "mama and dad WILL BE BACK"  Luke practically peeled me away from him and told me it was enough. Then we made our way into the airport.

Does anybody else get incredibly stressed when flying? I looked it up and there is actually a condition known as "travelers anxiety". It's probably just a term that WebMD came up with to appease all the hypochondriacs like me, so when we are traveling we can say "well I have travelers anxiety" and sound all sophisticated rather than screaming "OUR PLANE IS GOING TO CRASH AND I LEFT MY BABY BOY" and sounding all crazy.

Several other Scentsy friends were at the airport headed to NYC with us so it was fun to see them, and it helped ease a little bit of my travelers anxiety. 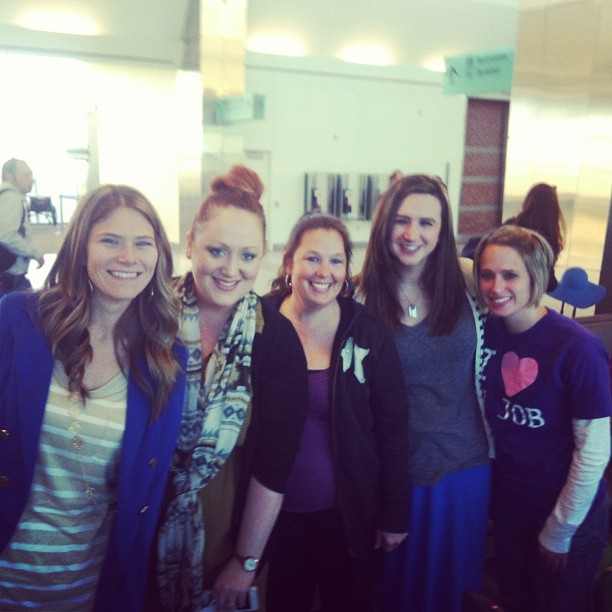 The plan ride wasn't too awful, although it was on one of those smaller planes ( I hate those). This girl looks so calm and cool. Unlike the real life girl who was fighting symptoms of travelers anxiety (it's real I promise). 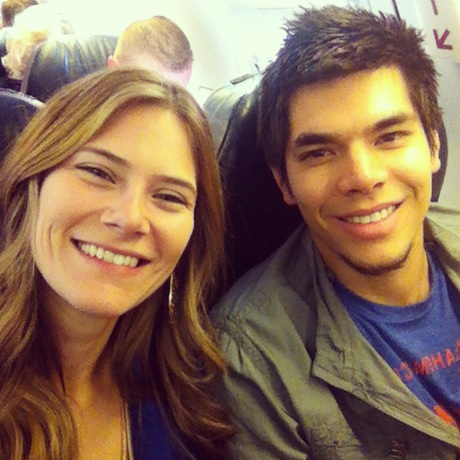 We landed in Chicago around 9am and we were supposed to get on our flight to NYC at 11:00. Well we did get on our plane and took a picture all excited about going to the city.... 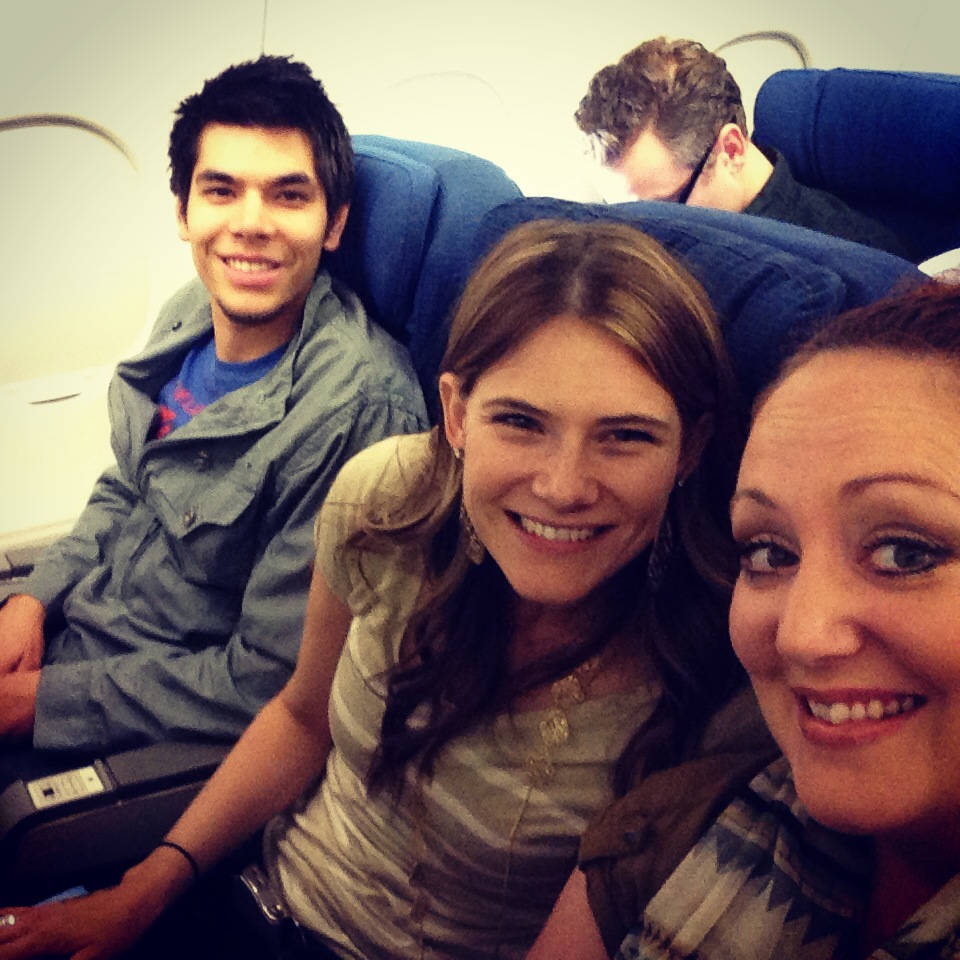 Then they came on the speaker and said a "part" of the plane was broken and we needed to get off. Then an hour later they announced that our light was cancelled. Cue running across the airport to book another flight.

I was shocked that an airline can just CANCEL A FLIGHT. How is that even possible? Anyways we got on a later flight and ended up spending a lot of time in the airport. Which means my travelers anxiety lasted all day long. I was able to get some of that famous Garrett's Popcorn that I always hear so much about. As a popcorn lover I can say that it was very yummy.

We finally made it into New York City around 6pm and were whisked off in our shuttle to our hotel.

We stayed at the Waldorf Astoria which was amazing. I've always heard that the hotel rooms in NYC are very small but these weren't bad at all. I have absolutely no complaints about our hotel, it was fabulous. 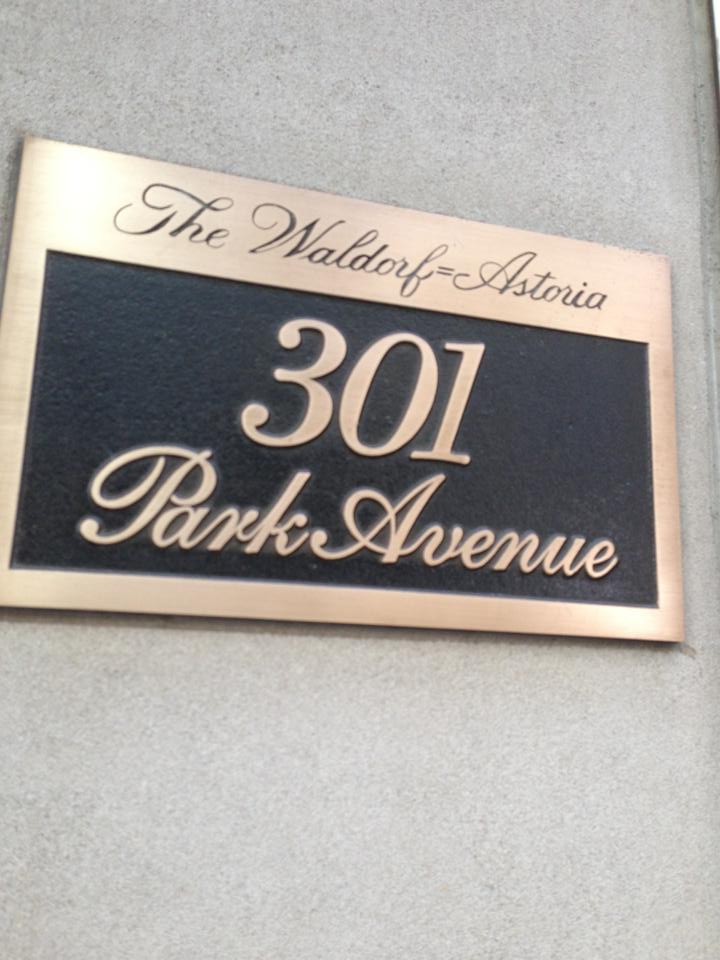 President Obama was at our hotel the first night we were there so security was everywhere along with protesters. It was fun to see people protesting in NYC and I might add it looked a little fun. They were all chanting together and seemed to be having fun, although I have NO idea what they were chanting about.

Luke and I unloaded our stuff in our room and hit the town. We walked to Times Square to see it all lit up at night. That place is AMAZING. Oh gosh I just love it there. All the people, and the hustle and bustle, and the lights, and the giant poster ads. It's just SO COOl. 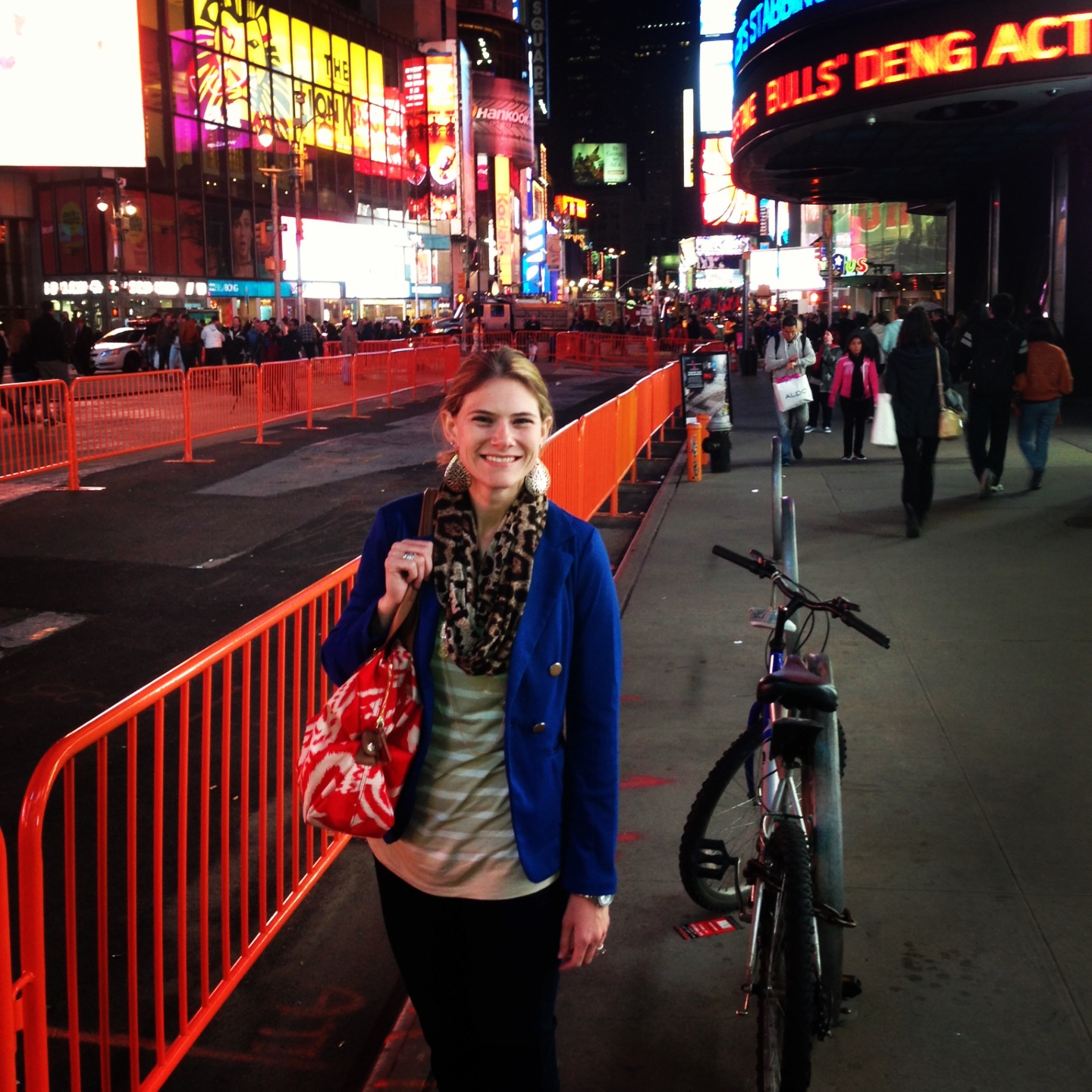 We found a nice little Italian restaurant (of course) to eat at and enjoyed our first dinner in the city.

Then we went back to the hotel and crashed since we had been up all stinking day long. Before we went to bed we made a little game plan of what we wanted to do the next day. And then we went to sleep to get ready for Day two!