What a whirlwind this past week has been.

Last week we were completely focused on getting all moved out of our house. We had already moved most of our big stuff to storage and had a lot of stuff left in our house to move to our apartment.

We were scheduled to sign the contract for our apartment on Tuesday at 9:30. Well Tuesday morning I woke up with some cramps but didn't think much of it. I had to get ready to take Eli to the babysitters and then meet Luke to sign the contract so I didn't have time to focus on cramping. After about 20 minutes of cramping I had the worst stabbing pain in my side/abdomen.

I kept thinking it would go away but soon I was lying on the bed crying and Eli was looking at me all worried saying "mama ok?" "mama huwt?" So I called Luke and told him he needed to come home.

We spent the morning in the hospital were it was decided that I had a ruptured cyst on my ovary. They gave me pain meds (praise the Lord) and sent me home and told me to "take it easy" which was obviously a joke since I'm the mom of a toddler in the middle of a move. The nurse did give me a note to give my boss that excused me from work for the day. Hmm.

We had a mattress in the middle of the living room so I spent most of the day there. At one point Eli came and laid on me and said "mama tickle back pwease" I gave him my doctors note that I was off duty for the day but it did no good. 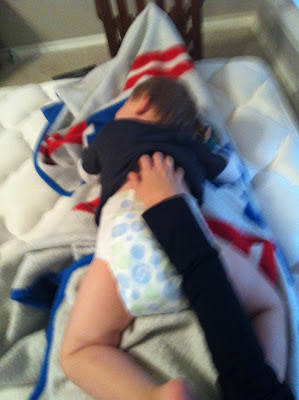 Later that day I asked Luke if he ever took a pic of me and Eli together in my hospital bed. He thought I was crazy. I thought HE was crazy for not getting a pic. What good is a hospital visit if I have NO DOCUMENTATION?? Clearly he's not a blogger. Or instagrammer. PRIORITIES Luke!

Also, we don't have to talk about it now cause this will be a long post anyways, but it needs to be said that I developed a weird obsession with my nurse. AGAIN. (I developed weird obsessions with my labor and delivery nurses when I had Eli) By the end of my visit I was hoping she wanted to be my BFF. Luke was concerned about my mental stability. Something about sweet nurses taking care of me just melts my heart and makes me think we are besties. Bless my heart.

Because we were in the ER we missed signing the contract for our apartment. I told Luke he needed to call and reschedule our appointment. Later in the day I asked him if he had rescheduled and he said "well I've been thinking......."

It's never good when Luke has been thinking. Short story we decided not to get an apartment and decided to move into a rent house.  A rent house that is being remodeled and won't be done until sometime in June. And we had to be out of our house on May 23rd.

After a lot of stress, and a lot of me wanting to cuss at Luke we came up with a plan.

My grandparents were gracious enough to offer their 2nd home cabin to us where we will stay until our rent house is completed.

So on Thursday we moved out of our home of three years and are now we are living in the woods amongst lots of dogs, cows, horses, a litter of kittens, goats, and chickens.

Because obviously farm/ranch life is right up my alley. Except not.

So that's our life lately. A bit crazy and chaotic but so blessed. 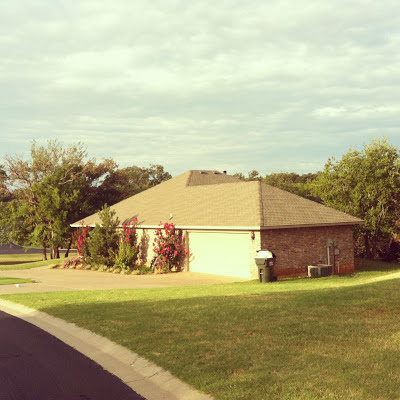 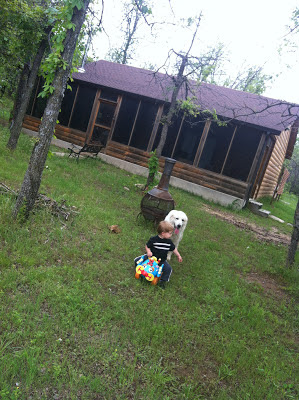 I feel like I have so much more to talk about; my hospital visit and my sweet nurse, getting an entire house boxed up and moved and all the INSANITY that went with it,  the moving experience as a whole, the memory foam mattress on my grandparents bed and how I may never be able to sleep without one again, how there is no cable and sketchy wifi at the cabin and I may have cried over not being able to watch my shows on cable, and SO MUCH MORE.

And I still really want to write about our NYC trip before I forgot it all. Except it's probably too late. Did I even go to New York? I don't remember.

OH yeah and I almost forgot! We got a new car today. I've wanted an SUV for awhile so since we are homeless now it made sense to go get an SUV. 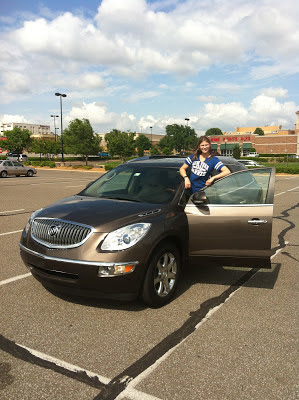 We've been talking about it for a looooong time. I'm sooo happy to have a new {to me} car and feel so blessed. And just thanking the good Lord that my husband actually pulled the plug. The man is not good at big decisions.

It was like we were buying a million dollar yacht. I told him he reminded me of one of those skittish raccoons, I felt like at any moment he was going to look up, realize where he was and run out.

I'm now using analogies involving raccoons. I've already been in the country for too long.

I'll be back with exciting stories involving goats eating my shirt and life without cable. Get excited.