Two years ago on this day I held for the very first time, a six pound, eight ounce tiny baby who for the past nine months had grown in my body.

I knew that my life was going to change on that day of holding him, but I had no idea just how much it would change.

As I held my baby and wondered why I had heartburn for nine straight months for him to come out completely bald I felt a sense of relief that it was over. Those nine months of stressing about growing a human, stressing about what to eat, wondering how delivery would go and what he would look like....it was all behind me.

But of course I had no idea what the coming days held, and how there would be many times where I wanted to stuff that baby back in my tummy because it seemed so much easier when he was in there.

The first few days after bringing Eli home can only be described as reality meets whacked out hormones as I began to mourn the life Luke and I were leaving behind.

I mourned sleeping in. I mourned that trip overseas we never even took but had planned to "before we had kids". I mourned spontaneous movie nights and outings with friends.

I held my tiny three day old baby and felt like that life was so far away. I didn't even recognize myself anymore, I felt the most unlike myself ever and now I had to give my everything to another being - one that I felt like I didn't even know that well.

In the middle of all these reality meets whacked out hormones days I met with a friend's mom who is a lactation consultant and had offered to help me with Eli's latching problems.

Honestly, I don't remember much of what she said to me about Eli's correct latch but I do remember one thing she said very clearly. Somewhere between talking about how feeding Eli isn't supposed to hurt and blah blah she said "isn't it weird how we grow these babies in our bodies yet when they come out we don't even really know them, you are both learning each other right now."

I left that night feeling so much better about my role as a new mom. I had been mentally beating myself up about how I didn't instantly feel like a mom, and how I was concerned about what I was leaving behind, that I had figured I was not fit to be a mother. It never occurred to me that just maybe other people experienced these same feelings and thoughts.

With that one sentence I now saw the coming days as a gift. Here before me was my a baby, one that I get to watch grow, I get to grow with him, I get to teach him, and love on him. Instead of feeling like I needed to feel a certain way or think a certain way I realized that each day was a new date of getting to know this baby, getting to experience life with him.

And now, two years later on the day that I gave birth to my first son, I not only celebrate his birthday, but I also celebrate two years of getting to know him.

I look back and laugh at the fact that I "mourned" those things that I was "leaving behind". Oh how I had no idea that I was about to enter one of the greatest love stories, watching my son grow every single day.

I would give up a million trips overseas, and outings with friends, and whatever else it was that I thought I was going to miss.

The last two years have been the most exciting, challenging, breath-takingingly beautiful days of my life. And the best part is I'm still getting to know my son. Each time I think I have something about this mom thing figured out I am thrown for a loop and get to figure it out all over again. The best thing I've learned? How I had no idea that my heart was capable of so much love.

Luke and I constantly talk about this love we have for Eli, and how everyday we think we can't love him more, and then the next day that love grows just a little bit more.

Happy 2nd birthday to our son Eli. We love getting to know you a little more every single day. 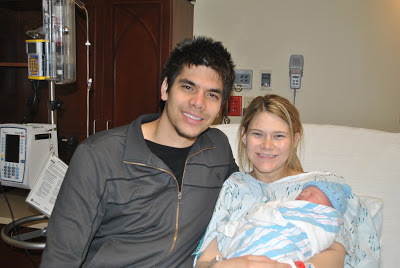 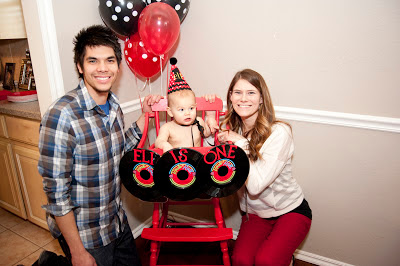 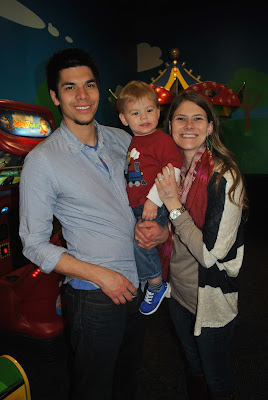