There were many aspects of motherhood I was prepared for. I had several baby showers while pregnant, which left me with lots of wonderful gifts to aid me in my new mommy adventures.

I didn't know what a lot of the products did or what I would use them for, but I knew I was prepared. Or at least I hoped I was prepared.
Yet, as with anything new, there were some things that caught me off guard after Eli entered our lives. Having a new baby put me situations that had never even crossed my mind.
Diaper rash. I had heard of diaper rash before I had Eli, but I didn't really know what it was, what it looked like, what caused it, etc. There was no reason for me to know these things, so I simply didn't care.

Then one day, just a few days after Eli was born I was working with a lactation consultant who changed his diaper, and she said, "Oh look how red his little bottom is. You need to get some cream for that."
She said it in such a polite way. She wasn't being rude or anything, but it managed to STRESS ME OUT. I was a new mom with a baby boy who had a diaper rash, and I had NO IDEA.

I knew there was such a thing as diaper rash cream, but I didn't know what kind to get or how often to apply it or ANYTHING regarding diaper rash!

But as with any new mom situation, I learned and grew from it. Over time I started to recognize when Eli would start to get a diaper rash. I recognized that certain diapers seemed to cause more diaper rash than others, and that I needed to change his dirty diaper as quickly as possible because the longer he kept a wet diaper on his tush the more he seemed to develop a diaper rash.

By the time Eli turned a year old we had battled diaper rash on and off. He didn't have it constantly, but I felt like I could never get ahead of the problem. I would see the "red" and I would put cream on it, hoping that it took away his diaper rash, yet it never fully went away. I felt frustrated at times and hoped my baby boy wasn't in any pain.

One day I took to Twitter asking friends what product they suggested. I had a lot of people suggest Boudreaux's Butt Paste. 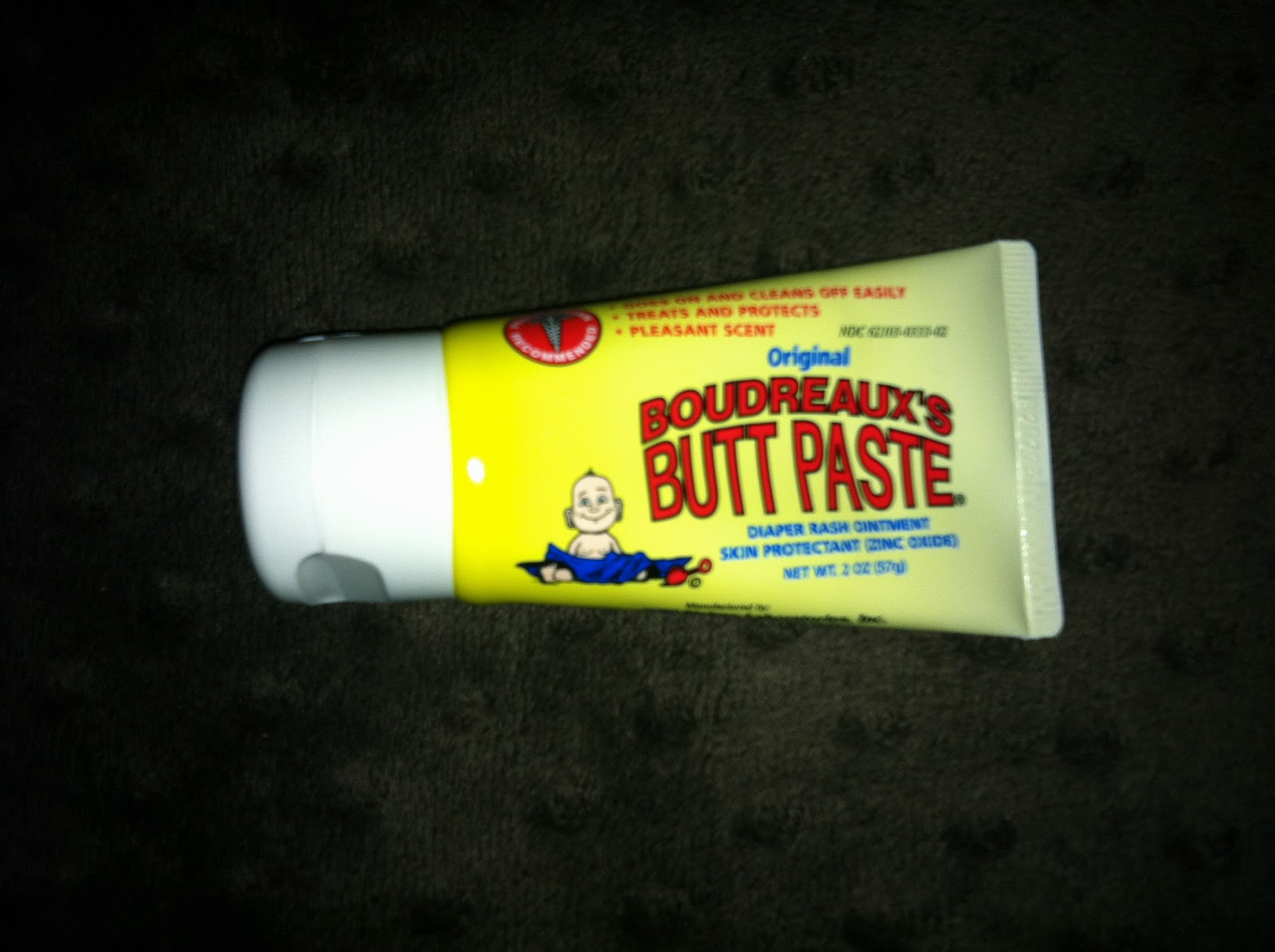 I received a tube in the mail and immediately started using it on Eli. At this point he was well over one, almost two years old, yet he still seemed to have diaper rash on and off. I put the Boudreaux's Butt Paste on at night before he went to sleep hoping for the best.

The next morning I changed his diaper and realized he looked completely better.  It was like the paste "healed" him over night! I was really surprised because nothing had worked this well in the past.

I continued to use the paste even though he seemed better, I wanted to FINALLY get ahead of the diaper rash.

And I am happy to say that I feel like I finally got ahead of it! By using the paste every night for just a couple of nights it seemed to completely take away any remnants of diaper rash that Eli had. I was so happy!

I watched this video on the Boudreaux's Butt Paste Facebook page and it made me laugh so much. It seems silly but it is exactly how new moms feel about diaper rash! Sometimes it feels like a plague that you can't get rid of, but when I used this awesome Butt Paste it took care of it!

Any moms out there ever felt the viscous cycle of diaper rash? How did you deal with it? Did you FINALLY get ahead of it? Let me know in the comments, and be entered for a chance to win a $100 Visa gift card!

Sweepstakes Rules:
No duplicate comments.
You may receive (2) total entries by selecting from the following entry methods:
a) Leave a comment in response to the sweepstakes prompt on this post
b) Tweet (public message) about this promotion and/or to share the above video; including exactly the following unique term in your tweet message: "#SweepstakesEntry"; and leave the URL to that tweet in a comment on this post
c) Blog about this promotion and/or the above video, including a disclosure that you are receiving a sweepstakes entry in exchange for writing the blog post, and leave the URL to that post in a comment on this post
d) For those with no Twitter or blog, read the official rules to learn about an alternate form of entry.
This giveaway is open to US Residents age 18 or older. Winners will be selected via random draw, and will be notified by e-mail. You have 72 hours to get back to me, otherwise a new winner will be selected.
The Official Rules are available here.
This sweepstakes runs from 1/14/13 - 3/15/13
Be sure to visit the Boudreaux's Butt Paste brand page on BlogHer.com where you can read other bloggersí reviews and find more chances to win!
Posted by Megan at Monday, January 14, 2013