I honest to goodness might have finally beat my Coca Cola addiction that has been plaguing me.

It has been a year now since I gave up the poison also known as diet coke and in that time SO many symptoms went away that I had been dealing with for awhile - I blame the aspartame found in diet coke.

Since I was no longer drinking diet coke I needed something else in my life to fill the void - so I turned to Coke and all of its 154568 calories. Plus I'm sure we've heard all the talk about how Coke is awful for you, but as long as it didn't have aspartame I was fine with it.

I could listen to stories all day about how Coke was used to get blood of asphalt, or how a penny will dissolve if you leave it in a cup of Coke. Really all I heard was blah blah blah Coke blah blah blah. And then I was thirsty.

But then I started gaining a bit of weight from all the Coke I drank. And we all know ain't nobody happy if mama is gaining weight. Plus I think it made me feel more sluggish and gave me stomach aches. I tried unsuccesfully to quit drinking Coke for a couple of months now, but I think I FINALLY quit.

How did I quit?

Well maybe the answer should be WHY did I quit? Well I found an amazing substitue. 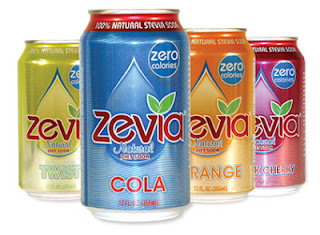 I had seen this product in the grocery store but I was SO skeptical, I felt like nothing could replace my love of Coke.

But one day on a whim I decided to try them and I am SO GLAD that I did. So far I have tried the Cola flavor, grape and black cherry.

Does anybody remember Clearly Canadian? That's what these remind me of, but they are much better than just flavored water - they still have that kick that I crave from Coke.

If you've been wanting to try and quit drinking Coke give these a try!

I bought mine at Super Target but according to their website they are sold at variouws places including amazong. Our Super Target only has a few flavors, I wanted to get my hands on all of the flavors.

If you try them or currently like them let me know!!