Last week Luke had a class to attend in Tulsa, so Eli and I went with him so we could hang with family and friends while Luke sat in class all day.

Poor Luke. It doesn't sound like a fair trade-off when you read it in writing like that.

We had such a good time and the week flew by so fast.

We got to my parents late Tuesday night after Luke and I worked all day. It's nice to drive at night cause Eli sleeps the whole way but once we got to my parent's house he was wired and just wanted to stay up and play. I always feel bad putting him to bed when he is WIDE awake and wants to play. But I did let him stay up WAY later than he usually does so I figured he would go to sleep easily. He didn't and screamed at us for awhile.

Because Eli stayed up so late I thought FOR SURE he would sleep until 8:00 maybe even 8:30. So when I woke up at 6:00am to a 16 month old jumping up and down in his pack and play gleefully screaming ready for the day, I wanted to cry.

Luke left for class and I tried to keep Eli quiet while everyone else slept. I also tried to keep myself free from bitterness. Neither task was easy.

Eventually everyone woke up and we began our day. I met a friend for lunch while my mom kept Eli so he could play with his cousin Maxton. 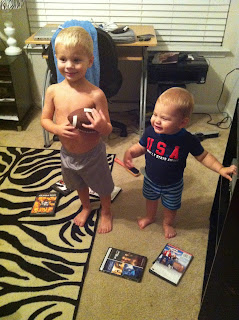 Luke's instructor let them out of class early which was a nice surprise! After he got home we met some college friends for dinner at where else? Chick Fila. I'm pretty sure half of our monthly income goes to that place.

Jodi and I were pregnant together but because of distance our kiddos aren't together much. It was fun to see them together watch them some-what interact. 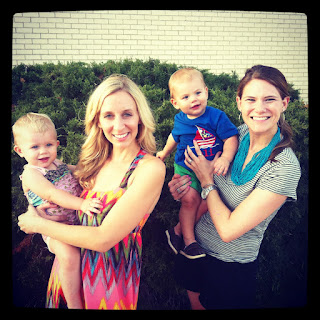 The next day started just the same; expectations of a sleeping baby, waking up to a happy ready for the day child at 6:00am and Luke leaving for class.

My only plan on this day was meeting some friends later in the afternoon so I hung out all morning with my mom and sister, while Eli played with Lily my sister's golden retriever. He used to be scared of her but now he likes her. As long as she doesn't touch him, come near him or hit him with her tail. All of which happen often. 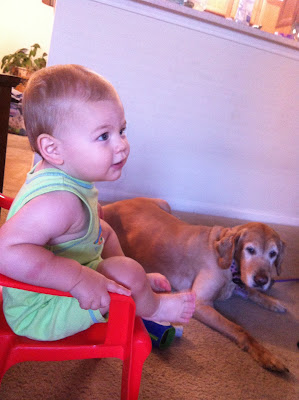 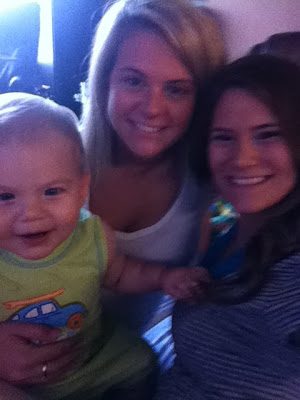 Then I met Sarah, Lindsey and Megan at Chick Fila (again). I'm holding Sarah's baby Maeva, I didn't randomly have a baby and not tell y'all. But that would be fun wouldn't it? 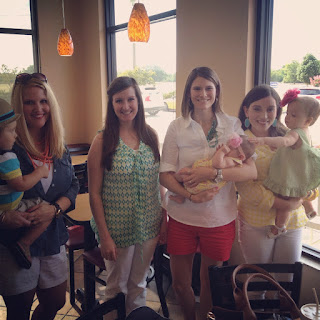 Thursday was also our wedding anniversary so Luke and I went on a little date. It was nice to have free babysitters! 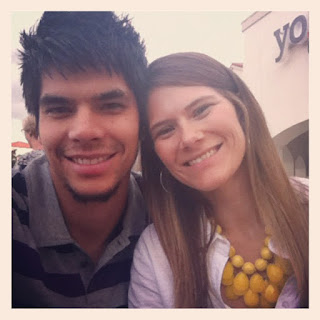 Friday Luke went off to his last day of class and I went to hang out with my best friend, Kara. Eli and I spent the morning Kara and Isaiah. It was so much fun. Whenever I'm with her I wish so badly that we lived in the same city. Maybe one day. 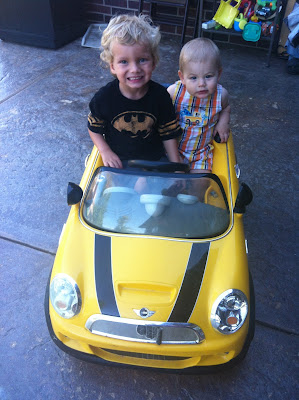 We concluded our busy week by going to Luke's parent's house on Friday night for a get together for our Sister in law Torre for graduating from college.

We headed back home late that night. We wanted to spend a day at home before the craziness picked up again.

It was such a fun week! Glad I got to catch up and spend time with family and friends!
Posted by Megan at Monday, July 30, 2012