A Boy and the Great Outdoors


Eli is a boy who loves to go outside.

I'm sure we all started out this way, and then somewhere along the lines, the distraction of electronics and discomfort of weather clouds our minds and we end up spending more time indoors than we do exploring the great outdoors.

I absolutely love this stage of Eli's life. I love watching Eli go outside and observe everything around him. From ant hills, to piles of dirt, and even the air conditioning unit he wants to check everything out.

Whenever we open a door to the outside he stops whatever he is doing, runs to find one of his balls and then runs to the door. This is really sad when we aren't going outside to play, but rather going outside to get in the car. We then spend the next few minutes in the car with a heartbroken baby boy clinging to his ball. Life just isn't fair sometimes.

Sometimes while sitting in the living room he will bring either Luke or myself his shoes, indicating that he is ready to go outside and play. This is hard because as it gets hotter there are times I would MUCH rather stay inside with my nice cooling system, but I know how important it is for Eli to go outside.

Plus he runs a lot and burns a lot of energy which is good for sleeping long hours at night!

Luke wants to make sure that he knows how to hold and throw a football the correct way so he bought him an "Eli-size" football to practice with. 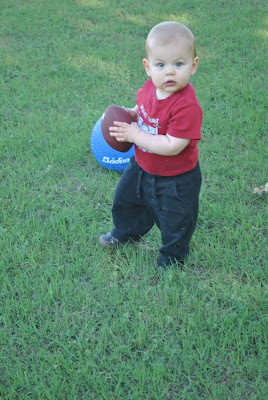 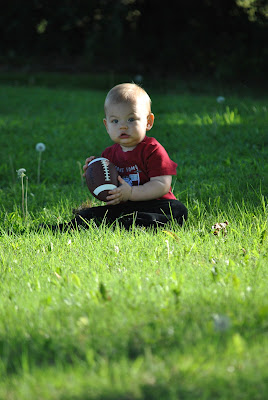 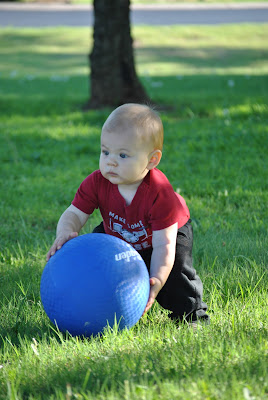 Eli has a little bike that my grandpa got him for his birthday but he's not yet big enough for it - but do you think that stops him from wanting to ride it?? No. So everyday he points to it and does his "I WANT TO DO THIS RIGHT NOW" whine and Luke puts him on it and pushes him around until I'm scared he's going to pass out.

Having a child is a lot of exercise 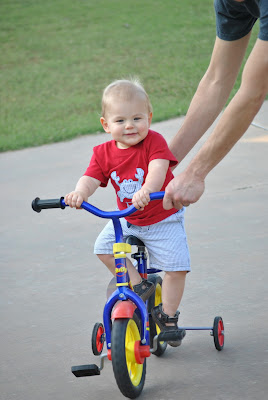 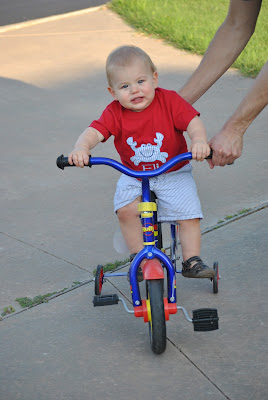 Checking out the AC unit 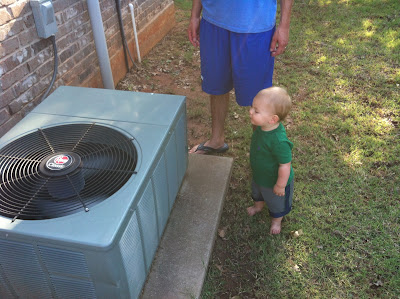 Who doesn't love to play in the mud in your PJ'S?? 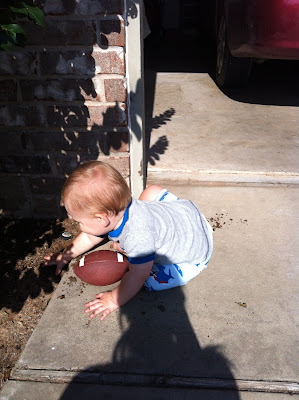 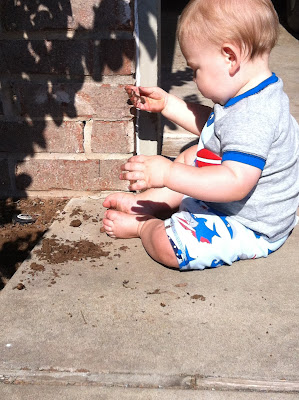 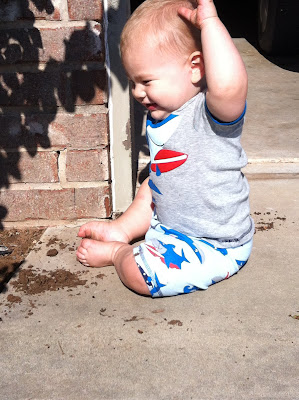