Friday morning Eli and I hit the road to head to my hometown because I had a couple of Scentsy parties to "work". I love Scentsy parties. They are always filled with fun people and I usually make new friends in the process. Its a great "job".

Anyways before we headed out I decided to attempt to wear a pair of capri pants that I had intended on taking back. I'm not big into capris because I think they make me look short and squatty and make my hips look big, which in the past was untrue but now that I have BIRTHED A BABY my hips are big, so I just need to get over it.

Af first  I was thinking they were a no but after I asked Twitter and then unrolled the capris they were a bit longer than they originally were in the store so I decided to keep them.

I'm trying to not invest too much money into colored jeans because I know it is a fad that will likely pass quickly, but I haven't bought colored capris yet, only jeans. So this seemed necessary for summer. Luke disagreed on the necessary part.

Now that I've talked a ridiculously long amount about a pair of CAPRIS that nobody even cares about let's move on.....

We first went to visit my mom at school where Eli got his quarterly immune system update. The kids loved Eli. We took a picture with them but I don't feel comfortable posting a picture of random kids on the ole blog, it's kind of creepy to me, but I did want to show me and Eli because I think we look so alike in this picture.

People tell me all the time that they think Eli looks just like me, and I've never really seen it, but I definitely see it in this picture. 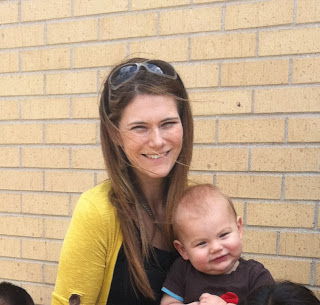 Later that night I had a Scentsy party. It's always interesting to see what scents people love and hate. 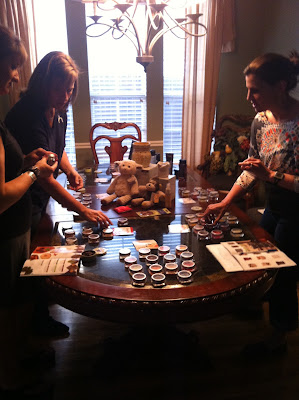 The next day we ate with my family and then just hung out.

Eli and his cousin, despite how the picture looks they are not the same size, though Eli is quickly catching up: 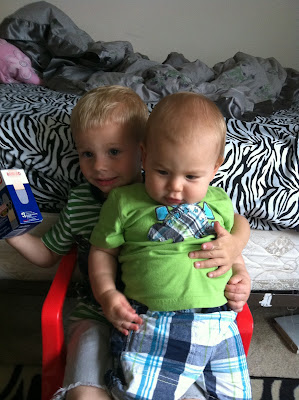 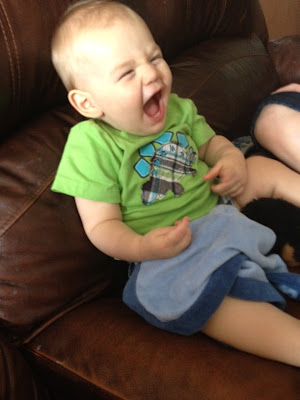 Later on Saturday we headed home. Luke was glad we were home! 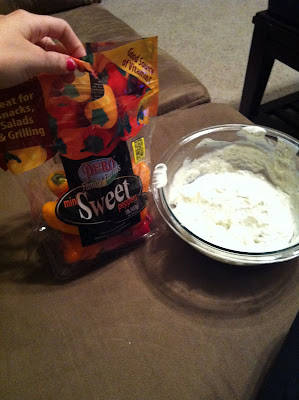 It seemed like such a good idea at the time!

Sunday was a pretty average day and thank the Lord we didn't have any snakes roaming our household.

After church Luke fed Eli his lunch, I was in the bedroom and Luke called my name, so I went to the kitchen where I found this: 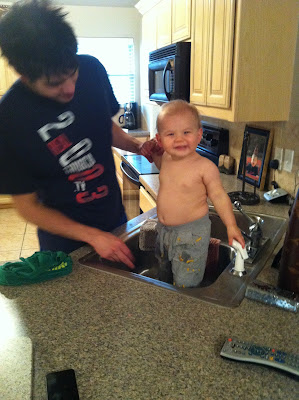 Eli had food all over him and Luke didn't know what to do with him, so this seemed like the likely spot to put him. Eli was loving standing in the sink.

That was our fun and busy weekend! Time to start all over tomorrow!