First Trip to the Zoo!

Last weekend our friends Will and Shannon came to visit us. They arrived Friday afternoon and we had pizza waiting on their arrival! After we ate I was able to introduce them to Toddlers and Tiaras. I was so honored to bring this gem to their life. In case you didn't know Toddlers and Tiaras is on Netflix. You're welcome.

They had never seen it and were entertained, horrified, and shocked just as any regular person is while watching the beauty that is T&T.

The next morning we woke up, went to breakfast where Eli entertained the masses by screaming, laughing and clapping and then we headed to the zoo.

Apparently the rest of our giant town had the same idea to go to the zoo that Saturday. It was crazy crowded, but still fun.

I've mentioned before that Eli is scared of animals, so I was hoping by going to the zoo he would develop a deeper sense of peace in his heart for God's creatures. This was also before the snake was in our house and I probably scared him out of loving any animal ever.

He slept for about an hour and a half of our zoo time and then spent the rest of the time trying to crawl out of his stroller.

Here he is looking like such a big boy. His hair looks weird because I covered his head with sunscreen. I really shouldn't have prayed all his hair away when he was in the womb. We are thinking he may never grow hair. 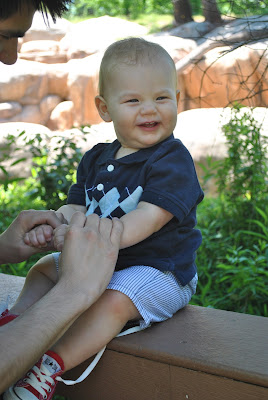 Me and the boys. I'm so mad I have my sunglasses on in this picture, otherwise it would have been a really cute picture! 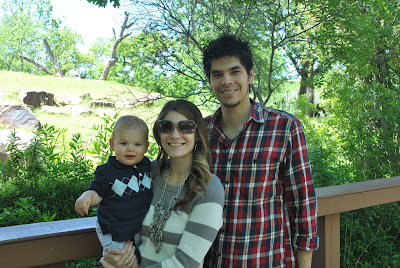 Eli looking for the gorillas, or just banging on the glass that 2 million other kids had already touched: 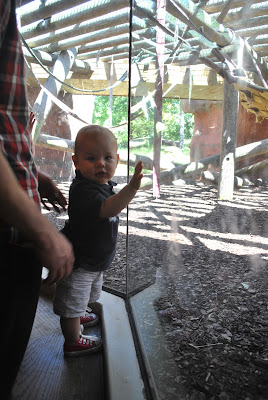 With Will and Shannon: 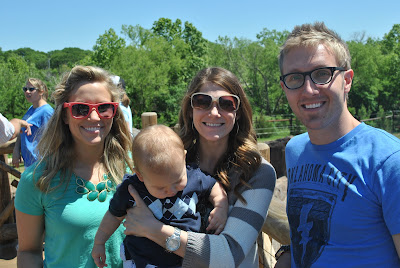 Now that Eli can walk he never wants to be held, I'm all about him walking, but obviously he can't walk very fast so most of the time it's easier to just carry him. But I use the word "easier" very loosely because the majority of the time I'm holding him he is nose-diving to get on the ground. Luke caught an action shot 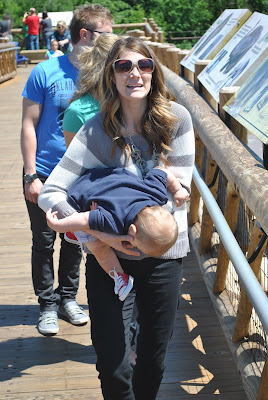 I didn't want to discourage him from walking so I helped him walk up the ramp to the elephants. It took us a looong time to climb that ramp. I also needed pain medication for my back after that. 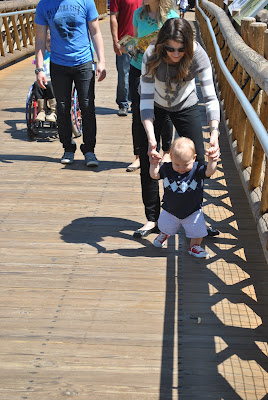 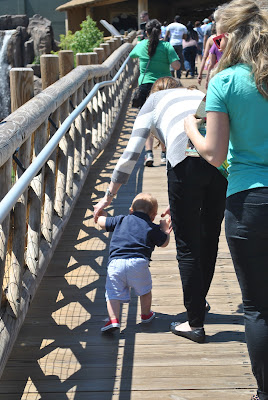