I've had a couple of questions about Eli's birthday party and I realized I never went into detail about aspects of his party. I just showed about a million pictures but didn't describe anything.
Not that I think anything deserves a lot of explaining, but I did want to answer some of the questions.
I was going to use this post to explain details of some things from his party, but after I described ONE thing (below) I decided I'm the most wordy person ever and I need a muzzle.
So this is Part 1 of details from Eli's birthday party. Don't get too excited, I imagine there will only be 2 parts.
I got the idea for Eli's birthday party sometime last year when I was nursing him. So he was like 2 days old. The theme came to me one day but then throughout the rest of the year I debated whether to even have the party to not.
Eventually I decided to do it and even though I had been building ideas in my head all year long I started really planning and setting ideas to stone.
I'm an insane document builder when it comes to events so first I sat down and built a timeline leading up to the event, created a budget, and made a list of everything I would need, whether it was things to buy, borrow, or steal I wrote it down.
After I started getting details set I began to worry about what I would use for a table backdrop. I am by NO means a creative, crafty or artsy person. It's really sad. I would give my left pinky toe to be creative but I'm just not.
With the party being held in our home, I knew I couldn't transform our whole home to make it looks like a rockstar's party but I wanted to try and add as many touches throughout the house as I could.
My friend Ashley had created a backdrop of streamers at a baby shower she did so after asking her 8 million questions through texting (sorry about that Ashley!) I decided I could handle a backdrop of streamers.
First I measured the wall I was going to put the food table on. Both up and down and across (I'm sure there are fancy terms but I like these better).
Then being the OCD person that I am I got out a tape measure and measured each streamer to exactly seven inches. This was the most painful part of the whole process as I had to go back and forth on my knees a million times but I played T-ball in 3rd grade so I'm used to pain.
After all my streamers were cut I got a strand of Christmas lights from our attic, plugged it in and then measured exactly where my streamers would start and end. Then I took the light out at that exact point so I would remember.
Then for countless nights while Luke and I watched TV I would sit on the floor and tie streamers to the lights. 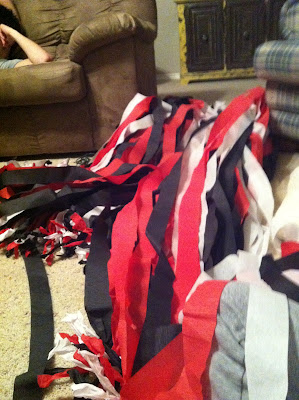 You could also just tape them over but I felt like this added a step (tearing the tape) that just isn't necessary, plus I like the way the streamers look at the top when they've been tied. 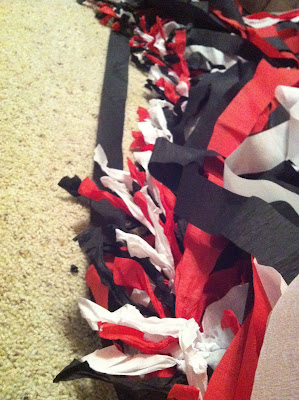 After several nights of tying streamers my backdrop was almost complete! I was happy cause I was so sick of lugging all those streamers around. I felt like it was my wedding dress every time I carried it from room to room. Not sure why, I think because of the "swhishy" noise it made when I moved it.
Luke and I hung 3m hooks on the wall and I'm proud to say we only got in one fight while hanging them. 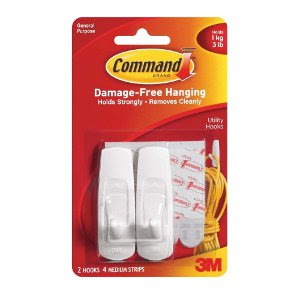 Then we hung the ginormous string of streamers in our dining room. 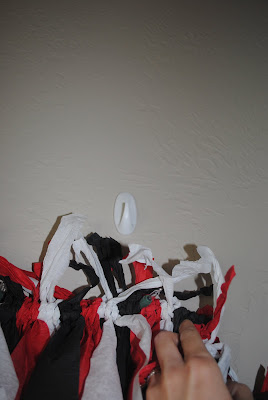 And I stood back and admired my work. And said it was good. 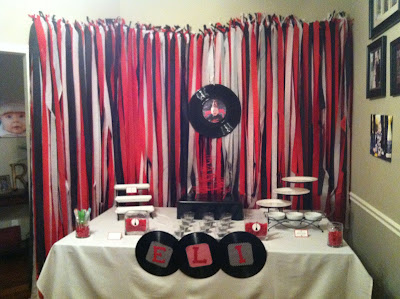 I was so afraid after all that cutting and tying I was going to hang it up and hate it, which was very well possible but I didn't it was the perfect backdrop that I wanted.
It was a perfect, easy and cheap backdrop. 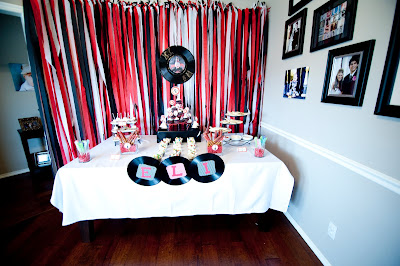