I'm a sentimental fool when it comes to my childhood. When I hear songs, or see a TV show or movie that reminds me of my adolescent I am instantly filled with warm fuzzes and transported back to that time.

I think the fact that I am so sentimental is one reason why I love everything about Disney so much, and why very single time Luke and I talk about where to go on vacation, without fail I always yell DISNEY WORLD!!!!

Disney was such a HUGE part of my childhood. Growing up watching movies that were made way before my time but were and still are amazing classics. Watching the cartoons that filled my young-kid years such as DuckTales and Gummi Bears, and watching all the disney channel shows and movies through my pre-teen years. It ALL brings back such awesome memories.

Do you remember when the Disney Channel was a channel that you had to pay for? It didn't come with standard cable, it had to be purchased separately. I remember specifically when my parents finally broke down and paid the extra money for it. It was the greatest thrill of my life at that time.

I saw this video on this Disney blog tonight that prompted all of these memories. It's amazing how you can forget something and then when you see it, you are instantly flooded with hundreds of memories and feelings.

Some of my favorite movies and shows from the Disney Channel:

Does anybody remembered "Wish Upon a Star" starring a young Katherine Heigl? 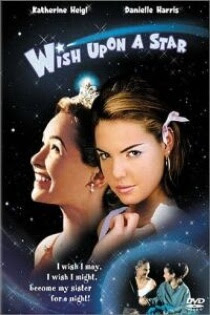 source
This was SUCH A GREAT movie. Think "Freaky Friday" but with sisters. I loved Katherine Heigl in this movie and thought she was so pretty.

The movie Susie Q was another favorite of mine.

source
This was one that was shown on the Disney channel over and over and I don't think I ever grew sick of it. Well maybe I did at the time, but I haven't seen it in so long I couldn't imagine not wanting to watch it at this point. 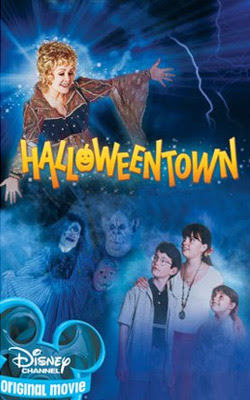 And then of course the TV shows:

We all have heard about the new Mickey Mouse Club because of Justin Timberlake and Britney Spears, but I watched it long before we even knew who they were, and at that time I wanted to BE Keri Russell. I loved her so much. I wanted her hair!! And I always hoped that she would marry that Tony guy.

And let's not forget Kids Incorporated! I would pretend I was on this show all the time in my backyard. I had a pretend microphone and I had marked out a trail in my backyard that was my "stage". I would walk up and down my marked out trail singing and trying to dance. I was a special kind of kid.

Does anybody remember the show "Adventures in Wonderland"? This show will always remind me of when my baby sister (who is now 18) was born because my middle sister and watched it ALL THE TIME during that time. I even think we were watching it the day my mom brought her home form the hospital.

Even Stevens came several years later and was during my "I should probably be too cool for the Disney Channel but I still love it and want to watch it but I should probably hide it from my friends" stage. 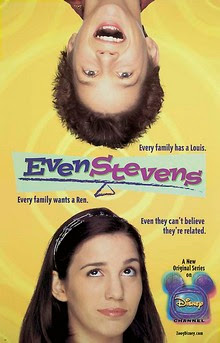 Sometimes I wish I could go back to my old kid self and tell myself to stop thinking I need to be cool and "grown up". Growing up will happen on its own, enjoy your childhood because it is so short. But that is a whole post in itself!

And who could forget Bug Juice, the show about real kids at a real summer camp. This was my first "reality" show to watch and probably the reason why I love Real Housewives so much today. Bug Juice was the "housewives" of my teen years.

And who can forget the days that the Disney Channel ran reruns of shows such as Boy Meets World, Brotherly Love, and Growing Pains. I would race home from school to watch a young but still extremely cute Leonadro Dicaprio on Growing Pains.

I could go on and on recounting memories of old movies and shows but I need to reign it in somewhere. Sometimes I really miss the carefree days of being a kid and watching these movies and shows after school.

I really wish Disney would have a "throw back" weekend and would show all of these old movies and TV shows. It would be so awesome!
Posted by Megan at Friday, August 26, 2011