One year ago today my life, along with Luke's life was forever changed.
In an instant we went from being two carefree kids, newly married, doing what we wanted, when we wanted, with minimual thoughts about what our lives would look like in the future and no real need to figure things out at that point, all the way to two expectant parents freaking out about how they were going to care for another human being, emotionally, spirtually, financially, etcetera, etcetea, etcetera.
I think that was the longest run on sentence ever but that's how it happened in my mind the morning I took a pregnancy test at work. Just one long run on sentence of HOW ARE WE GOING TO DO THIS?
Thankfully, God made pregnancy last 9-10 months for a reason. By the time March 2011 came around we were not only prepared with all of the necessary baby items but we were very ready for our baby to be here.
We had a nursery, diapers, lots of clothes and various baby gadgets scattered around the house ready for the baby. But we had no idea the whirlwind of crying, spit up, poopy diapers, late nights, middle of the nights, early mornings, and living on little to no sleep that was about to enter our lives.
We also had no idea that our hearts were capable of holding so much more love.
The day I took that pregnancy test, I immediately did the math in my head (which might have taken awhile, math is not my strong suit) and figured up that this time next year I would have a baby that was four months old.
Of course at that time I pictured a big Indian baby, and instead I got a tiny white baby. We still laugh about it that our "hairy" baby came out bald!

It has been a whirlwind year that flew by in the blink of an eye. It is crazy how much our lives changed in that year, but also how much they stayed the same.
Our love for Eli is unexplainable. I'm quite certain Eli will never know just how much love we have for him. Part of this is because we can't explain it.
When I look at him there are times that I'm certain my heart is going to bust with all of the love that it is trying to hold.
I can't believe it has been one year since I took that test and walked around in a daze because I had no idea how everything would come together.
We weren't prepared for a child, but God knew we were ready. And I'm so thankful He did! 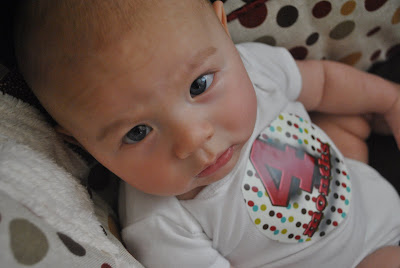 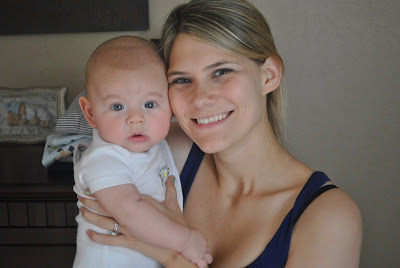 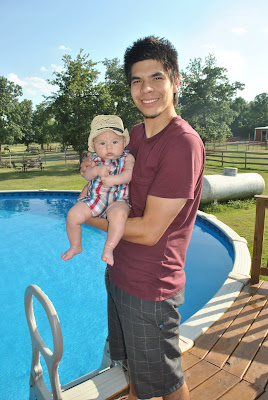