It's been a quiet week here on the ole blog front. I sat down to write a post many times, but I've had a lot on my mind lately, and when I have a lot on my mind it's hard to formulate sentences.

But I did manage to still take a picture everyday for my project 365. So here they are:

Saturday January 8th:
Luke's parent's had graciously picked up the nursery furniture from the store because they have a truck and trailer, so on Saturday they loaded it all up and brought it to us. Luke's brother and his girlfriend also came to our house for the day so we spent the day putting together the furniture and just hanging out. I love the furniture and I'm so excited for the nursery to come together. 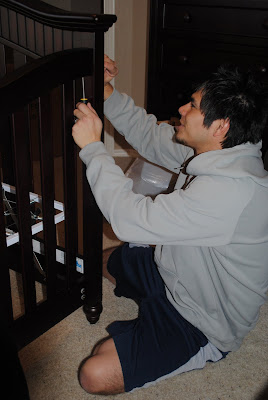 Sunday January 9th:
Sunday was just a typical church day. I subbed in kid's for another volunteer. Then after service we went to lunch with our friends Kelsey and Chris. I had a pizza for lunch and it was yummy. I also apparently lost my eyes. Don't worry I found them shortly after taking this pic. 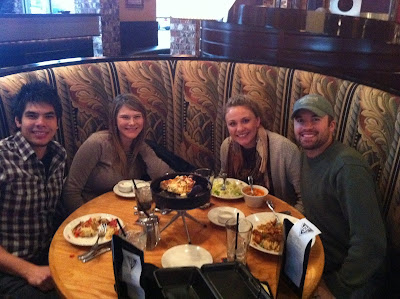 Monday January 10th:
I hadn't fixed tacos in awhile and Luke had been craving them so I made tacos for dinner on Monday night. Luke recently joined 2 soccer leagues so he has a soccer game twice a week, and the days and times vary from week to week. This Monday he had a game at 9:55pm so we hung out and did our regular night stuff and then around 9:30 he left and headed to his soccer game. I got in bed and read some Harry Potter and fell asleep to the sounds of the Real Housewives of Atlanta in the background. Quality television of course. I don't even remember Luke coming home, but he did tell me that they lost. 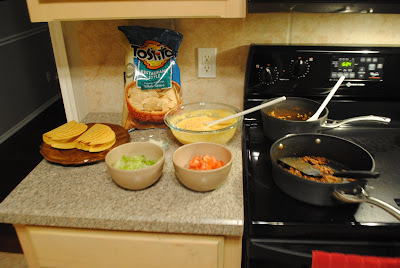 Tuesday January 11th:
Tuesday was a pretty normal day. Wake up, get ready, go to work, work, get home, eat dinner, relax. I started my new Harry Potter book (the 6th one) and enjoyed these chocolate chip cookies that Luke brought home. It was a good night. 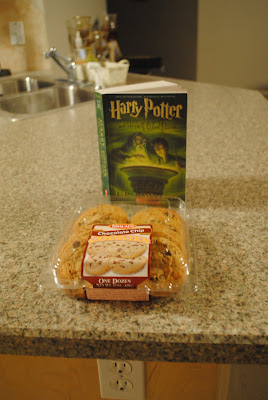 Wednesday January 12th:
It has been soooo cold here lately! On the way to work on Wednesday I noticed that it was 12 degrees. If it's going to be 12 degree's I'm gonna need it to snow! 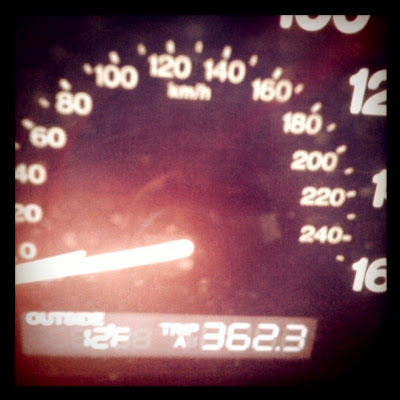 Thursday January 13th:
I was walking across campus and saw this cute little squirrel munching on some acorns. Every time I stepped closer to him (her?) to take this pic he would stop munching, look at me and then begin munching again. I was terrified that he was going to jump on me like the squirrel jumps on that lady on Christmas Vacation, but I still risked it for the pic. He was just so cute! (Can you tell I've been emotional this week? I mean a flipping squirrel eating an acorn makes me happy) 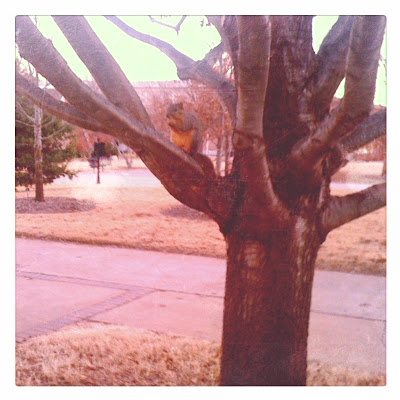 Friday January 14th:
I didn't get around to taking a weekly pregnancy picture this week or doing my weekly recap but here I am on Friday (31 weeks). 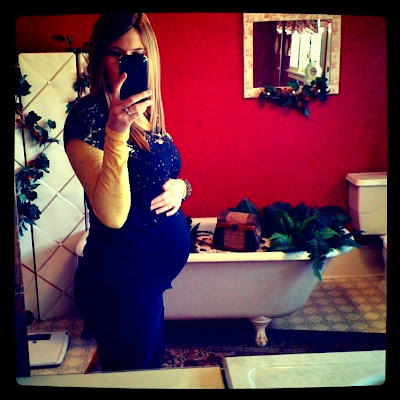