Sunday April 11:
In my last post I mentioned that Luke is the cat whisperer. On Sunday we went on a walk and this cat just came running to him like he was his best friend. 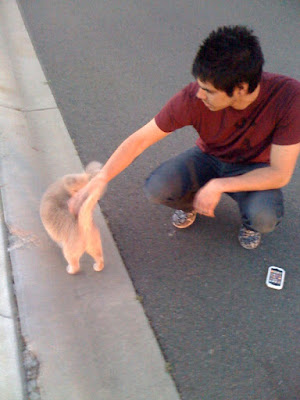 Monday April 12th:
This week on campus was Student Worker Appreciation week so on Monday we took our student workers out to eat for lunch. I will miss them when they graduate! 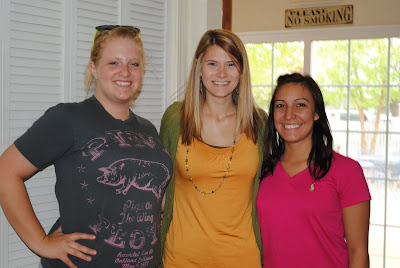 Tuesday April 13th:
This was a slow day. Luke had to stay at the church late so I came home did my Couch to 5k almost collapsed and then came home and rested. Tough day. Here are my feet in my new grass. 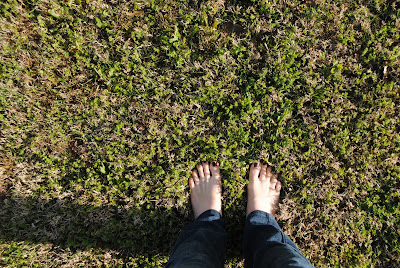 Wednesday April 14th:
This was just a normal day, work then we went to church for vision meeting at church. BUT my picture is my outfit for the day because I threw this outfit on and got more comments on it then I have ever gotten on an outfit. I was honestly running late for work and went to my backup outfit of a dress over my leggings. Then I remembered it was a bit chilly outside so I put this cardigan on over it. Nothing special. I had the funniest comments. One person even asked me if I had just got out of dance class (I do not dance, nor do I go to class). 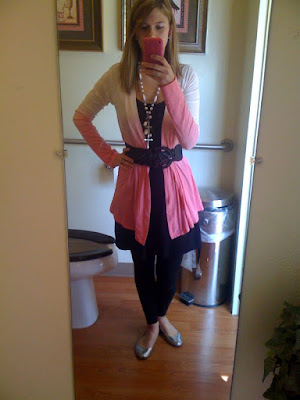 Thursday April 15th:
I came home from work and did my Couch to 5K and documented one of the insane hills in my neighborhood. I feel like this picture doesn't even do it justice. They are MASSIVE. 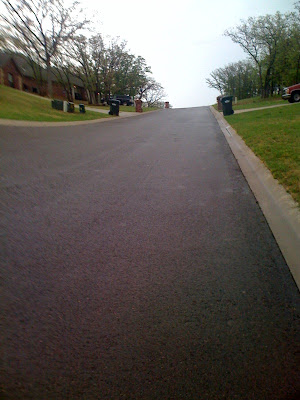 Friday April 16th:
I took the day off of work because Luke and I were originally supposed to be in NYC and I had already planned to have the day off. Then we decided to go to Dallas for the day, but that morning decided not to go. So we just spent a day in the city running around getting stuff for the house.That night I made Pioneer Woman's Chicken Parmiginia. Yum Yum! 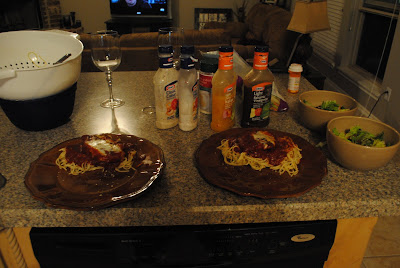 Saturday April 17th:
It was a rainy Saturday so we took advantage of the time and home and started to hang up decorations on the wall. It was a challenge cause I have no idea where I want to hang things, but we made progress! Woo hoo! 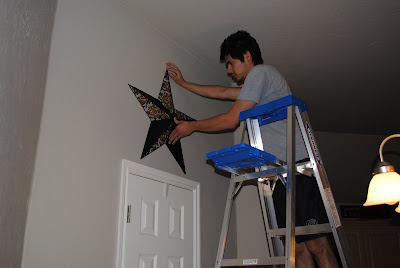