How I Spent My New Year's Eve

Sometime in about mid November I decided that I wanted to do something really fun for New Year's Eve.

I have never done anything fun for New Years Eve.

Well that sounds a little harsh. I have done fun things, but I have never done anything where you get all dressed up and go out on the town.

So I decided that was exactly how I wanted to ring in 2010.

I also made sure to declare that I wanted to do something that required wearing a sequin dress.

I think sequin dresses are very pretty and they seem to be all the rage right now so why not wear one on New Year's Eve?

So a fun night in a sequin dress was headed my way.

Before I go any further I should point out that I have never been the 'going out' type.

I am the type of person who will most definitely always choose a night at home with pizza and games opposed to a night on the town with crazies.

BUT I decided that on NYE 2009/2010 I would be a new woman. I would go out on the town and wear a sequin dress and face the crazies.

It was my time.

As December 31st readily approached I started to get stressed out that there were no NYE plans in our future, and no NYE plans meant no sequin dress.

After lots of discussion we finally decided that we would go downtown for NYE with some of our friends.

So I came to peace with the fact that a sequin dress was not in the cards for me this year and headed downtown with Luke and some friends. I wore a sweater, turtleneck and jeans tucked into boots (this information will be important shortly)

Somewhere in the night we decided to go to a bar to watch our friend’s band play.

So we got to the bar, payed our cover charge – which while we are on the topic why do you have to PAY to go INSIDE a building to STAND? Just wondering.

Anyways, we entered the bar and I took a good look around.

It took me about .2 seconds before I realized I was not wearing the appropriate bar attire.

I am pretty sure I am the first person to go in a bar in a turtleneck. Ever.

I had on more clothes than most groups of girls combined, and during a visit to the bathroom I came into direct contact with the "Woo Girls" (for my How I Met Your Mother friends).

These particular girls were SUPER excited that one of their own had decided to go bra-less for the night.

The fact that they were excited about this made my turtle neck and boots-to-my-knees look like a Habit that a Nun wears.

I felt like the mom that somebody invited to the party and nobody wanted her there.

I was desperate for my sequin dress.

But alas I had no sequin dress, and hiding in the bathroom stall all night would not make me seem any “cooler”.

So I sucked it up and rocked my turtleneck in a bar.

It was a very fun night and I just have to say:

Turtlenecks are the NEW sequin dresses.

All in all it was a really fun night and we made some HILARIOUS memories!

And next year I think I will just stick with my games and pizza.

But I might do it while wearing a sequin dress.

Some pics from the night 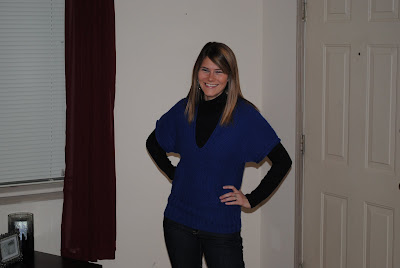 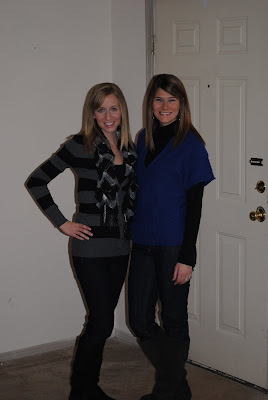 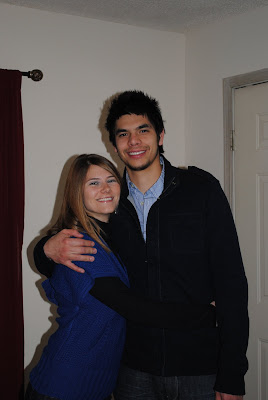 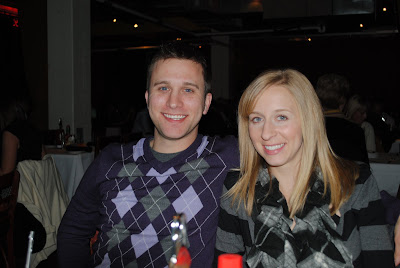 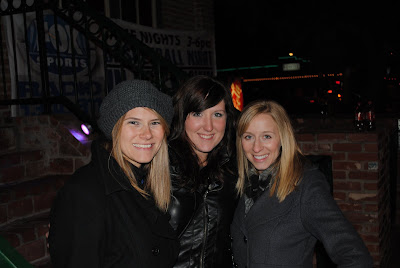