How Much is that Doggie in the Window?

My whole life my family has had a dog.

When I was younger, if a friend didn't have a family dog I thought it was totally weird. What kind of family doesn't have a dog?

When I went to college I became completely obsessed with getting my very own dog. I desperately wanted a dog to carry in my purse. 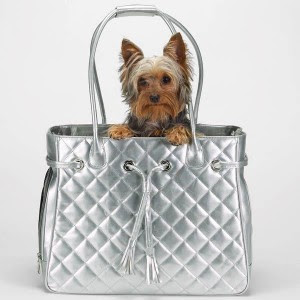 When I want something I don't just want it, I become completely OBSESSED and that is what happened to me. I would go to the local pet store almost every. single. day.

And it didn't help that I went to the pet story on my birthday and the cute little puppy that I had my eye on was gone. I talked to the store owners about the person who bought it and they said it was a boy who bought it for his girlfriend for her birthday.

Do I need to remind you that it was my birthday that very day?

Naturally I became convinced that Luke had bought me the puppy.

All day I practiced my 'surprised' face when Luke would bring out the cute black and white puppy.

That night Luke gave me a rather large gift card to a local Spa for an all day massage/facial etc. etc. It was not a puppy.

All of the practicing my 'surprised' face went out the window. I'm pretty sure I just looked ticked.

I thought for sure I was getting a sweet cuddly puppy!

I still occasionally apologize to him that I was not very grateful for my gift that year. And despite my actions I am glad that he still chose to marry me.

We laugh about it today, however he doesn't really laugh when I remind him that I still haven't used the gift card (the gift-card doesn't expire at this particular place). It has been four years since that birthday. It is just too painful to use the money knowing that it should have been spent on a puppy!

Actually I'm just not a big fan of massages. They are kind of weird to me.

Anyways, since that birthday my deep desire for a puppy has sort of gone away. And the fact that our apartment doesn't allow animals has pretty much taken the option of getting a dog out of the equation.

But now that we are home hunting we have been bringing up the puppy option more often and talking about what kind of dog we would want to get.

When discussing options I thought I wanted a small dog that I could carry in my purse, and Luke wanted a big dog.

I didn't think I wanted a big dog until I saw one of these earlier this year: 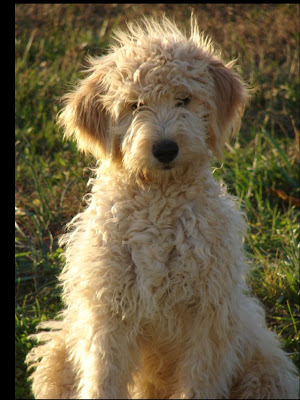 Seriously, is that not the cutest thing you have ever seen?

Its a goldendoodle and I want one. Today.

A student was walking one of these on campus the other day and it was like a REAL LIFE TEDDY BEAR. I never knew I could have puppy love at first sight! But I did.

They are just the cutest things ever.

I am still trying to talk Luke into getting one of these when we get a house. I might even let him use my gift card money for a massage if he lets me have one!

So, are you a little dog person, or a big dog person?

Or perhaps, a cat person?

*I found this particular goldendoodle picture on the internet on several sites, so I don't know where the original is from.