Tonight, I realized that I never put up the final day of our Disney World Trip.

Better late than never.
And for everyone who asked, I will be putting the tannie recipe on the blog next week.

Our final day at DW was spent at Animal Kingdom. This is the newest park at Disney World and my 2nd favorite park.
I think some people have the misconception that it is a glorified zoo, which I do not think it is.
But remember I do love all things Disney and really never have anything negative to say about that place - the happiest place on Earth.
We started the day off early and were part of the first crowd of people in the park.
Upon arriving at the park we split up and Haley and I went on this ride called Dinosaur we did not know that we were in for the scare of our life.
Seriously, scariest ride ever. Right now I can tell you that yes, those were fake dinosaurs in the ride but when I am in the middle of it and a freaking T-Rex is about to eat me, I cannot tell you it is fake. They make those things look so real.
This is a picture of a picture, but Haley and I are in the front row, about to be eaten and scared out of our ever-loving-minds. Look at the girls behind us they couldn't even look at it.
While we were on the ride my mom tried to introduce Maxton to Pluto and Goofy and he pretty much freaked out. Apparently he is not a fan of people dressed up in costumes, and frankly neither am I. 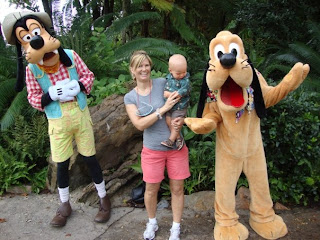 Here we are in front of The Tree of Life. 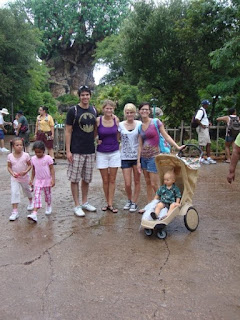 Me and Haley in front of our favorite roller coaster. We rode it once in the rain and it froze on the track for a good 30 seconds. I was pretty sure my life was over at that moment but I tried to reamin cool, calm, and collective as to not freak out the younger sisters, and so that Luke wouldn't make fun of me. 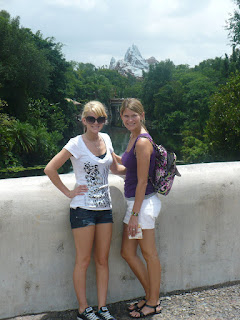 Cute Maxton on a little hut somewhere in the park. We basically just stick him anywhere to get a cute picture. 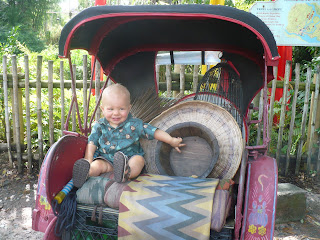 Later that night we went to Magic Kingdom and rode rides until 2 in the morning. So much fun. Here is the beautiful castle at night. 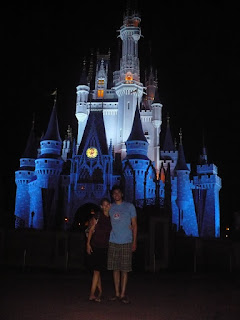 The next morning Luke and I woke up bright and early and headed home. We had to leave the trip early because Luke had to be back for church on Sunday, so while we headed back home my family stayed and had another amazing day in Disney.
Everybody was pretty much devastated that we had to leave. I mean, look how upset Maxton was: 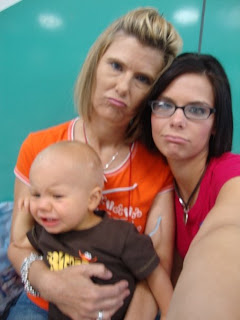 I might have cried the whole way home thinking about how my family was still at DW having a great time and I was on a slow plane back to reality.

Our trip was amazing and I am thankful that we were able to go on it and spend that week with my family.

If you ever have a chance to go to Disney world, Go!

And no Disney trip recap is complete without a picture of some mouse ears: 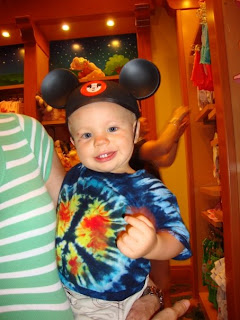