Due to the fact that we stayed out past midnight the night before we decided to let ourselves sleep in on Monday and hit Epcot a little later in the morning.
About 11:00 we headed to Epcot to start out second day of fun.
Epcot is more of an educational park at Disney, but nonetheless it is so much fun.
Luke and I in Epcot: 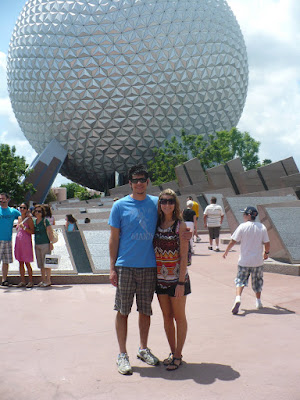 One of my very favorite aspects of Epcot is all of the countries they have represented. They have a section that is represented by several countries around the world. I am sad that I didn't get a lot of pictures in this area but here are a few:
Kati, Maxton and Haley in Africa: 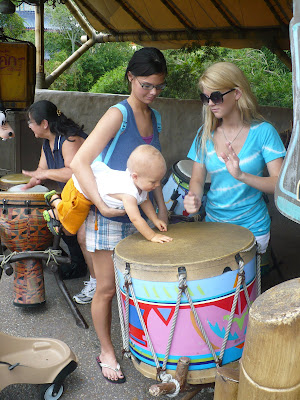 Luke and I in China: 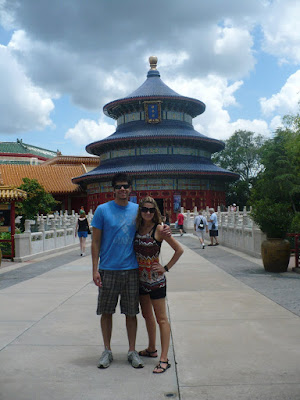 Haley and Maxton in China: 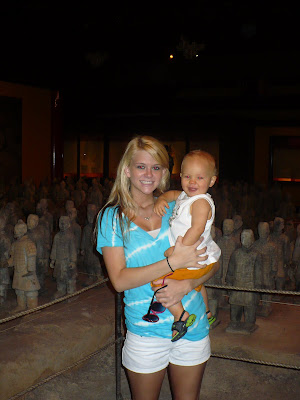 Hiding out from the rain in Norway: 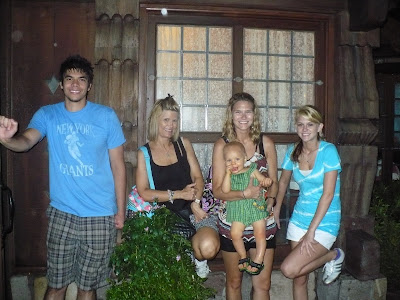 The best part about visiting the different countries is eating the authentic food. We had Mexican, Chinese, and of course American - gotta have those burgers.
After lunch we headed to the Little Nemo ride which was held in a building FULL of aquariums. I love looking at all the fish in the aquariums, plus they had dolphins, sharks, etc. It was so cool!
Looking at one of the aquariums: 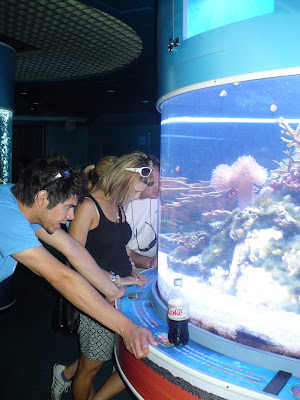 While in Epcot one night we wanted to get a family picture taken in front of the big ball. My dad SERIOUSLY couldn't understand why we wanted a picture in front of it, he said we already had one.
It's a little small but below is the picture that he was referring too. I know its small, but I think we have all changed a little bit, since this was TEN years ago:

A new and updated picture. We had to convince him it wouldn't make sense to just crop Luke and Maxton into the old picture. 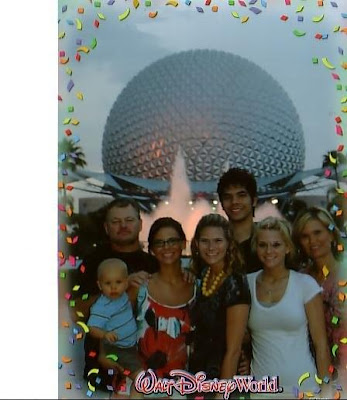 Such a fun day!!
Next day: Hollywood Studios