Monday morning we woke up bright and early and headed to our bus to take us to Magic Kingdom.
For guests who stay in a Disney World hotel you get 'special hours' to the parks. This day Magic Kingdom opened a couple of hours early for DW guests only. The park was much less crowded and line are much shorter during this time.
I have been to Disney twice before and Magic Kingdom was always my favorite Disney park. There is just something so magical about walking through the entrance and seeing that beautiful castle in front of you. As corny and cliche as it sounds it is pretty amazing. Can you tell I love ALL things Disney?
In front of the castle when we first walked in on Main Street USA: 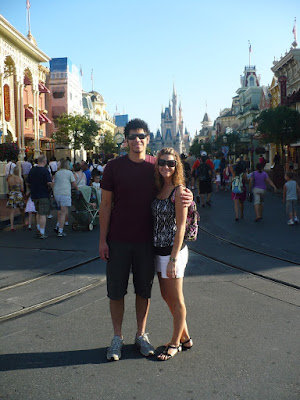 Dad and Haley in front of the castle: 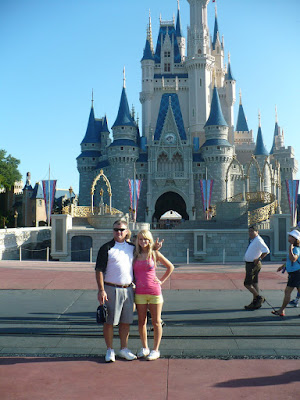 As soon as we got to the park we headed over to Big Thunder Mountain. I was anxious to ride Splash Mountain, but my mom and Kati had to go back to the hotel to get something they forgot so we choose to wait for them so they wouldn't miss out. It was practically torture for this Splash Mountain lover.

Throughout the day we hit all of the Magic Kingdom basics: Big Thunder Mountain, Splash Mountain, Haunted Mansion, Pirates of the Caribbean and many others. Unfortunately Space Mountain was closed for renovations which made me sad because it is one of my favorite rides.
The first ride we all rode together as a family: Buzz Light-year. So fun! You use the little gun to shoot targets throughout the whole ride, and it keeps track of your score. I could see little boys loving this ride!
Kati, Maxton and Haley: 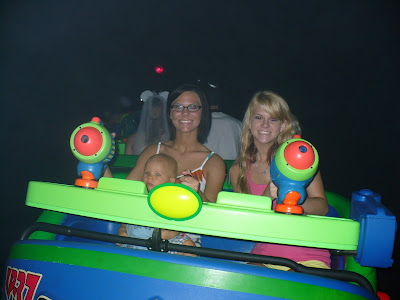 We also hit the classic ride It's a Small World. It's one of those rides that you can't leave DW without riding.
Here is Maxton, Haley and my mom during that ride: 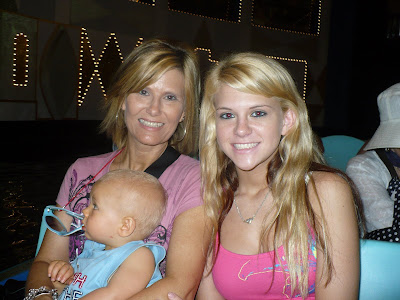 And here is Luke: He got a quick cat-nap. 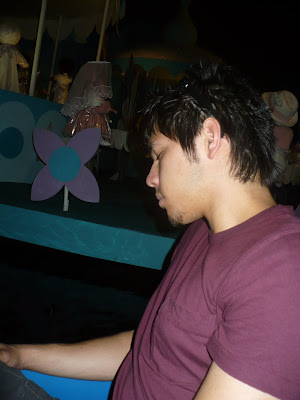 Next we went on this alien ride/show thingy. I remember going on it ten years ago and it scared me this time just as much as it did back then. It sounds silly but when you are in a dark room, held down by a safety belt and an alien is supposedly on the loose, its pretty darn scary. 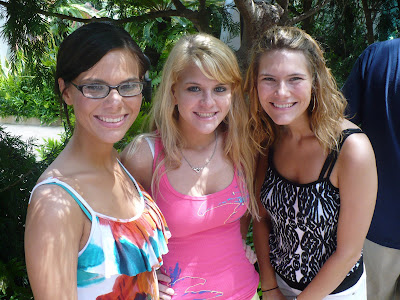 My mom and Kati took turns sitting out with Maxton on rides that he wasn't big enough to ride. He was such a good little guy the whole time. There were times when he got a little fussy, but then he would either eat or nap and he would be back in good spirits again!

Waiting in line for the Peter Pan ride: 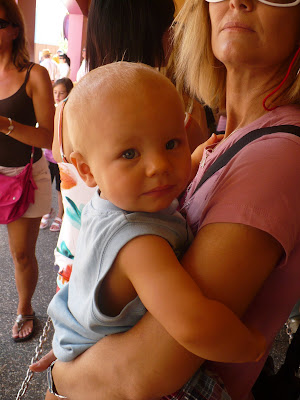 Later in the afternoon we headed back to the hotel to nap and get ready for the night.
Here we are on the bus back to our hotel after walking and sweating for several hours: 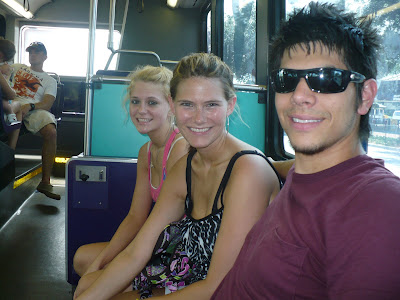 After we napped we headed to Epcot to eat dinner and watch their fireworks show. Each park (except Animal Kingdom) does a big closing show each night. They are some of the best firework shows ever.

After the park closed for regular hours it remained open DW guests. We stayed there until midnight riding rides and having fun!