Friday night was the Battle of the Band's night for Luke's band and THEY WON!!! Yay!! We were so excited!!

And in this case, winning means they move on to another round.

So next month they will be in another Battle of the Bands.

And then I have no idea what happens if they win that one.

Clearly, I do not handle any of Luke's band business.

As you may or may not know I tend to get nervous before Luke's shows. Well I am proud to say that I never once got nervous on Friday.

However, before the show Luke told me that he has observed something:

Before all of his shows I either get very nervous or very mean.

He said that particular night I was very mean.

Here is Mean Megan at the show. I was giving a thumbs up to how cute the lead singer is. This could be misinterpreted as a thumbs up to the man's butt next to me. It is not. 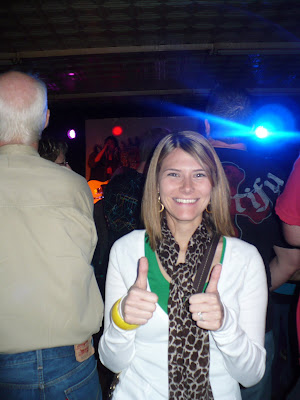 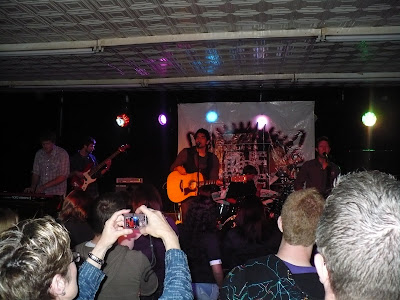 After Luke gets done playing he is always FAMISHED so we left while the other band's played and got him a hamburger at 11PM. It was hard to find an open restaurant. 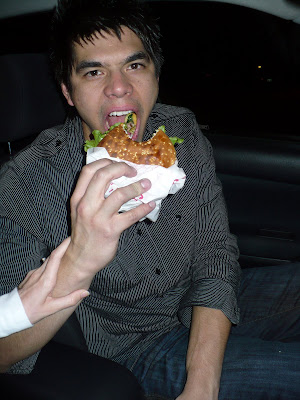 This picture is after we found out they won. At this point it was 1:15AM. I was either really excited or really delirious. Or perhaps this is my mean face? 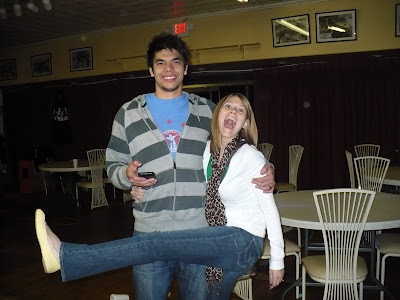 All in all it was a great night! We are so thankful to all of our friends that came out to support the band and to vote for them. It means so much to us to have the support of friends!

In a previous post I mentioned that we are the proud owners of a Retro Nintendo System.

Well, every since we got it I had been on a mad hunt for Donkey Kong. This is my favorite game of all time and I needed to find it to play on our new system.

We decided that this Saturday would be the day we found that game no matter what.

So we began our search in our own town, we went to a local store that told us they didn't have it but a store 30 minutes away had it.

Because we had nothing else to do, and because we are obviously complete losers we got in the car and drove 30 minutes to get my Donkey Kong game.

Here it was waiting for me: 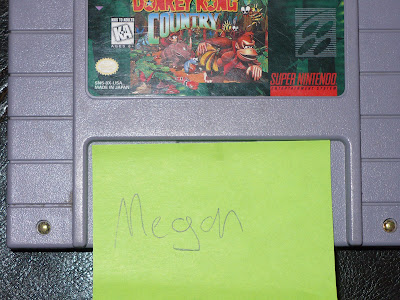 Then Luke had to pick out a game, which for him is much more complicated than it sounds 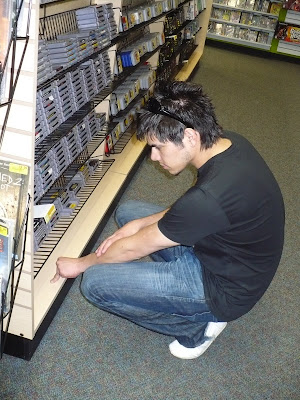 He picks up almost every game and tells me how old he was when he first got it, what childhood friend he played it with, how many times he beat it, and also which games he asked for at Christmas time but never received.

It is pretty hilarious. It's my favorite part of the video game hunting process.

So three games (we could have gotten a lot more we had to restrain ourselves) later we got in the car and took the 30 minute drive back home to play our games.

I was seriously so excited it was kind of pathetic. 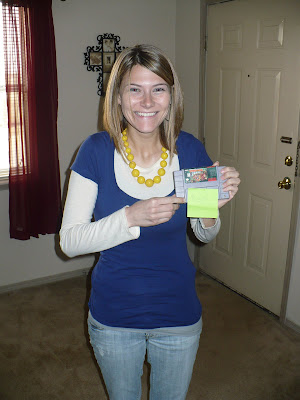 Once we got home, it didn't take me long to start busting out my old Donkey Kong skills: 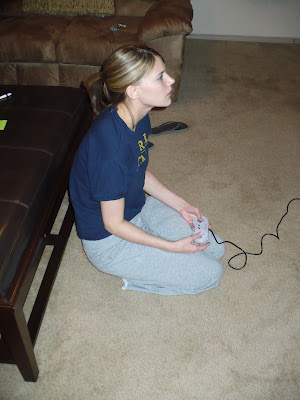 And this is how I spent the majority of my Saturday evening. I stopped to eat dinner, and then I stopped when I couldn't beat a hard level. I wanted to throw my controller through the TV.

So apparently Mean Megan shows up at Battle of the Band's shows and when I play Donkey Kong.

Oh, and some of you asked about Luke's music. Sometime soon I will post a link to their website, which will have audio available.