It is the end of an of an Era.
Did you hear the news? Total Request Live (TRL) on MTV has been canceled.

I just felt like a piece of my heart broke.

Due to the fact that it has become nothing but trash I don't watch MTV anymore (I feel like I just aged 20 years in that sentence) But really the channel has become gross. TRL was the one constant that I knew was still there and still clean.

And now it is gone.

I remember coming home every day and watching my favorite music videos on TRL. Britney, Christina, Nsync, BackStreet Boys, Hanson, They all competed for the #1 spot and I was there to cheer them on every day. (usually just rooting for my precious Hanson boys)

I really haven't watched the show in years, but now that it is canceled it just becomes something else that was on when I was young and has now become something of the past, which makes me feel old.

Speaking of adolescent shows...is anybody still watching the new 90210?? I have to admit I am still watching it, but I am quite shocked at the content of the show that is supposed to be about 15-16 year old lives. I think that sentence just aged me also.
Next Random Thought:
On to awards! I have received a couple of awards lately! Thank you so much for these I am so thankful that I have met such great friends through this blog land! Here are the awards:
Sassy Engineer gave me this award: 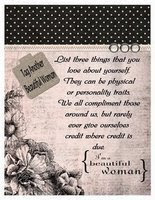 The Lucky Layman's gave me this award:

and Emily gave me these awards: 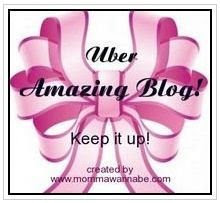 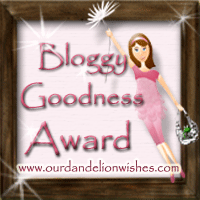 I have seen these awards floating around the blog land for a while and I do not know who has been tagged or not, so I don't want to take any chances of giving them to somebody twice. Please just know that I am happy to receive these!
Next Random Thought:

Question to all my friends who work out: What do you listen to while you are working out? I have recently started jogging again (lets hope it lasts longer than a week like last time) but I am needing some good tunes to get me motivated, do you have any suggestions? All genres are welcome!