Lifestyles of the Rich and Famous

If you are not familiar with Oklahoma let me bring you up to speed.

We recently got our very own NBA Basketball team. To say this is the 'talk of the town' would be an understatement. OKC is pumped.

So last week when I was offered 4 tickets to sit courtside at the next OKC Thunder game I knew that I couldn't pass this up.

Courtside is where the rich and the famous sit. When you see a picture of Jay Z and Beyonce in US Weekly at a basketball game they are sitting court side.

We felt special for a night.

We called our good friends Jodi and Kyle and asked them to come join us. They agreed immediately.

Here is a pic of Jodi and I at the game. If this was in US Weekly it would say, Megan is wearing Forever 21 and Jodi is wearing Gap. 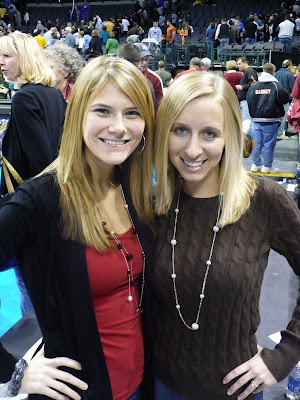 Here is a shot of how close we were. We were in the second row. We were so stinking close it was amazing. I could have reached out and touched this player's butt. Luke asked me why I would want to do that. Well obviousy because it would be cool to say I touched a professional basketball players butt. 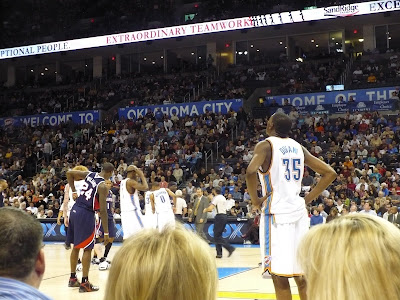 Luke and I enjoying the game. I have come up with what our celebrity name would be. You know like Brad and Angelina are Brangelina. It would be MeTree (like Megan and then Tree) Ok its not that creative, but it was the best I could do! Luke's butt is really the only one I would want to touch, even though it doesn't make me cool to touch his. 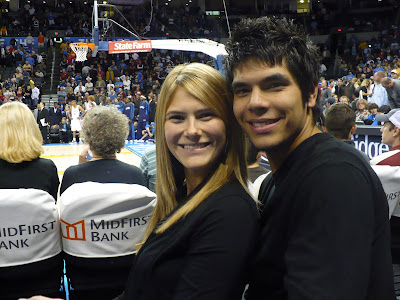 During halftime we were able to go to this special room and eat complimentary food and drinks. Well there weren't a lot of tables so a lady who worked there went and covered a trash can with a table cloth and let us eat on top of the trash can. We really felt it was appropriate that we eat on the trash can. It put us in our places, we didn't need to get too used to this rich and famous lifestyle.
People were seriously throwing away things while we were eating on top of it. It was really funny. 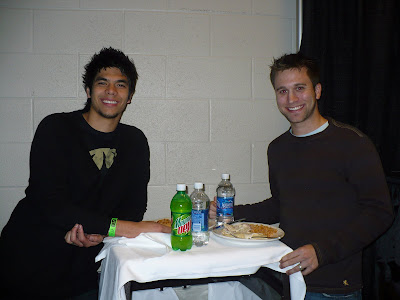 Another shot of the game. 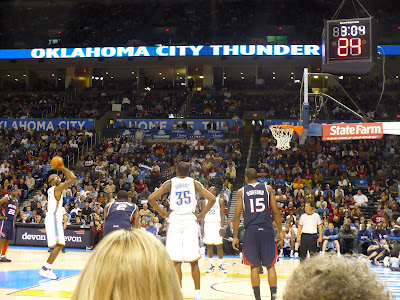 Clearly, we were really into the game. 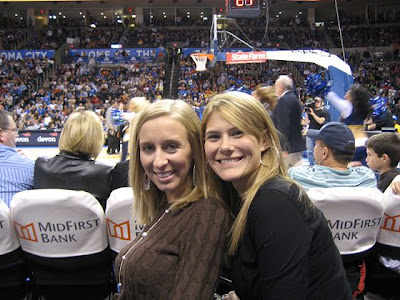 It was such a fun night, the game was a good one and we had great food and fun with friends! I could get used to this lifestyle. Now Luke just needs to make it big as a rock star, so we can go to all the NBA games.Do Rock Stars get to sit courtside at basketball games?