So in the words of Garth Brooks, sometimes I thank God for unanswered prayers

When I was younger I used to pray and ask God if he would please let me marry Taylor Hanson. I prayed this prayer often and I firmly believed that it would happen. I mean my faith was amazing! I really thought I would marry him.
So, I went to my first Hanson concert - and despite the fact that I was in the last row of the balcony he didn't fall in love with me.

Must have been a fluke thing, God where are ya? We are suposed to get married.

The next concert: I'm in the 5th row - yes 5th row, this was it. I was going to be sooo close to him, he HAD to fall in love with me. I seriously pictured him looking out from his keyboard, through his beautiful blonde locks that were always in his face, meeting my eyes in the 5th row and boom, LOVE.

I left that concert a single woman. No Hanson on my arm.

I had our wedding planned out. I was going to walk down the aisle to "My Heart Will Go On" by Celine Dion. I now understand that would be a completly inappropriate song for a wedding, but I was in middle school and I loved Taylor Hanson and Titanic. It just fit.

I just read on people.com that Taylor and his wife are expecting their 4th child. He is the same age as me. Same birthday and everything. In fact I used to think since we had the same birthday that definitely meant we were destined for each other.

Clearly God knew that I would not be ready for 4 kids by the time I was 24, so therefore he chose to not have Taylor Hanson fall in love with me. Because I know if he would have looked up from that keyboard and saw me inthe 5th row it would have been love at first Hanson sight.

Thankfully God brought me another Rock Star. That way I can still live the dream..... 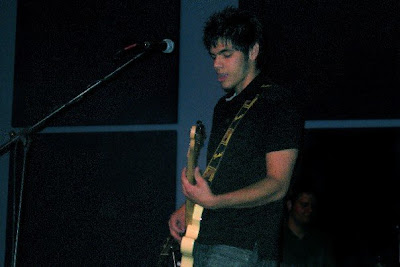